Even as India and Singapore conducted a successful silver jubilee of naval exercise SIMBEX last week, the armies of both countries are engaged in bilateral artillery exercise, Agni Warrior, in Devlali, India, from that started on November 12 and concludes tomorrow. 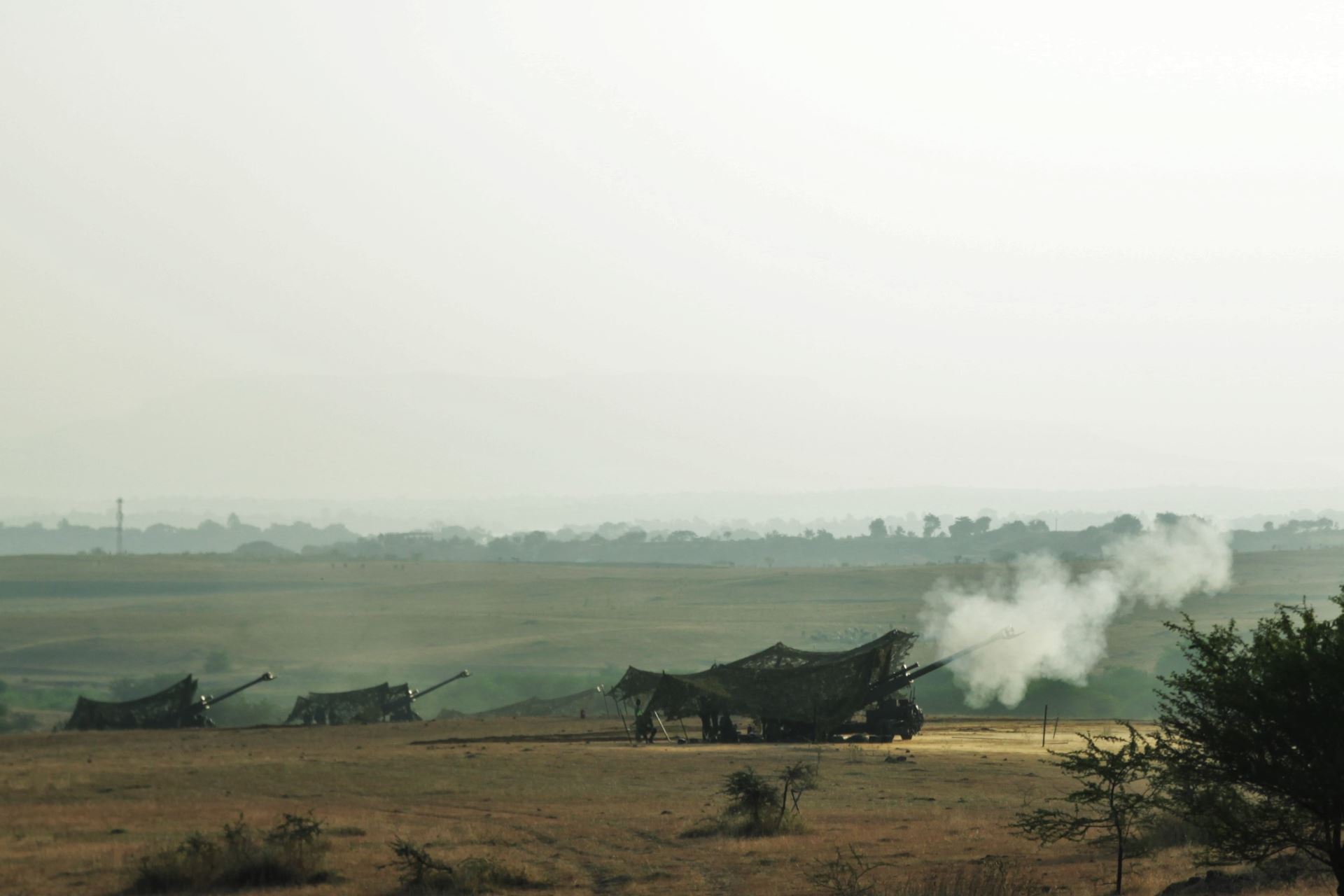 Held in India since 2004, Exercise Agni Warrior is conducted under the ambit of the Army Bilateral Agreement. The Bilateral Agreement, renewed on 20 November 2018 at the third India-Singapore Defence Ministers Dialogue, facilitates the Singapore Army’s artillery and armour training in India and increased interactions between both armies. 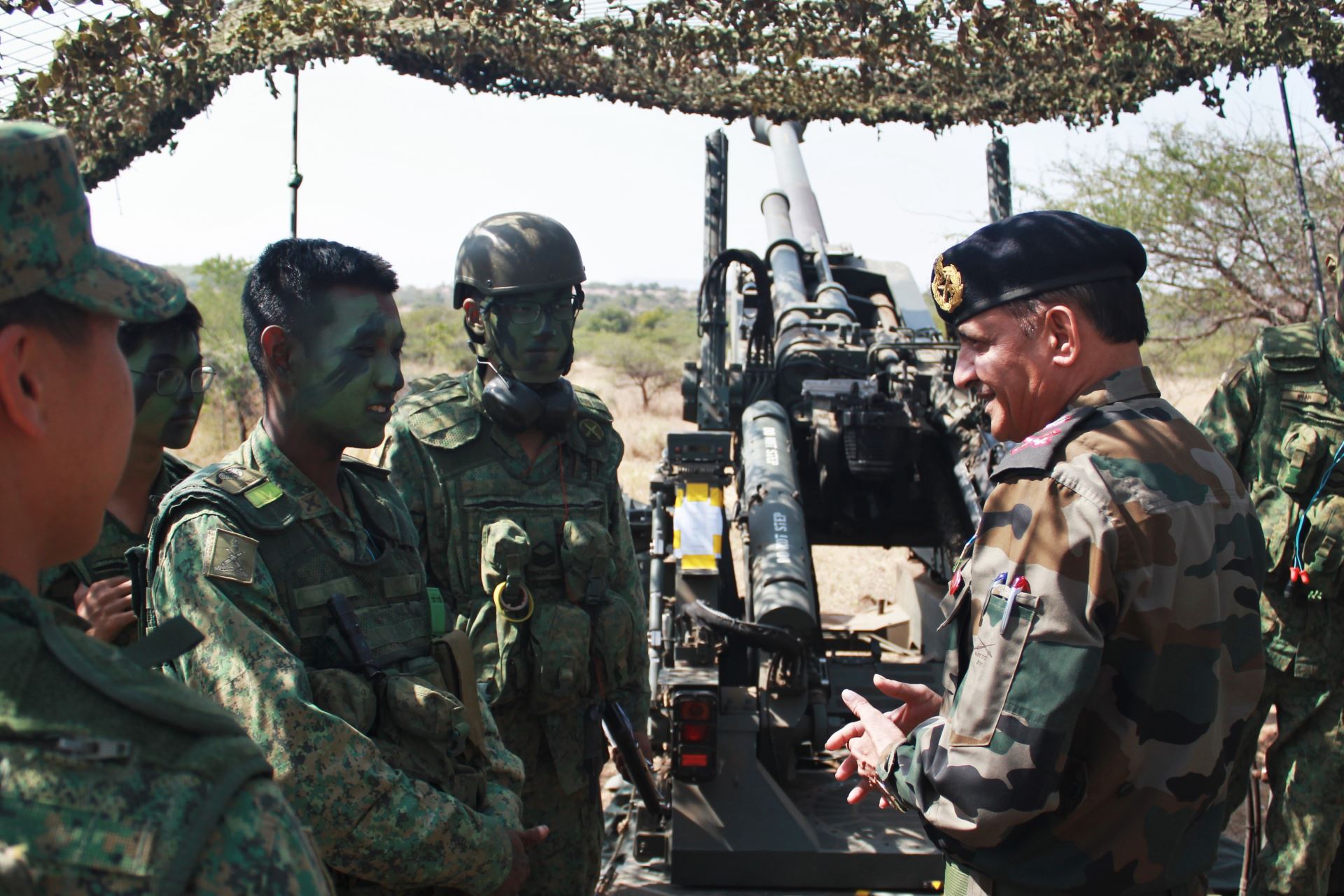 Soldiers from the Singapore Army interacting with the chief artillery instructor of the Indian Army in an informal exchange. Photo courtesy: Ministry of Defence, Singapore

The Ministry in a statement said the renewal of the Army Bilateral Agreement is a testament to the strong and long-standing defence relationship between Singapore and India. At the armed forces level, the SAF and the Indian Armed Forces share a long history of military cooperation, with regular interaction through exercises, military exchanges, visits, courses and other professional exchanges.

Earlier, the bilateral agreement on joint army exercises was renewed on June 3, 2013 and then again this year.

It was first established on August 12, 2008. Its renewal allows the Singapore Army to train and exercise with the Indian Army in India for another five years. 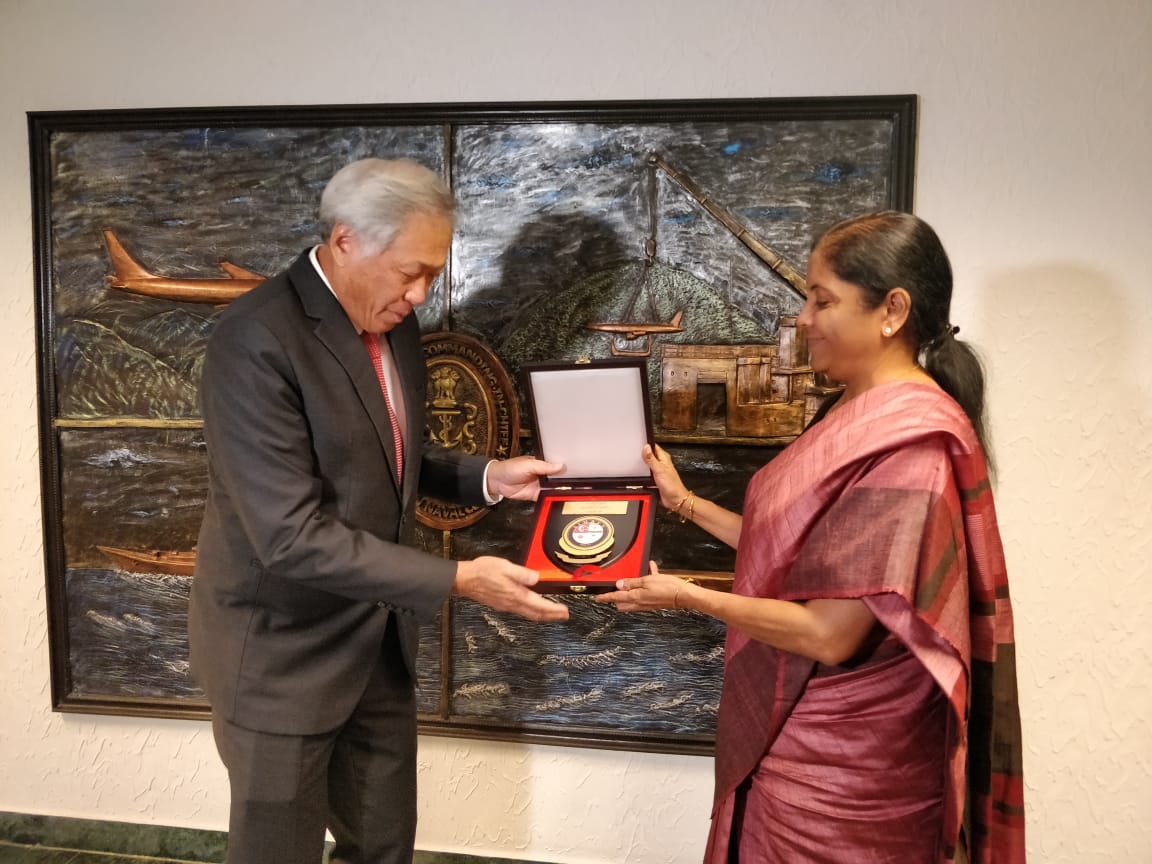 Apart from the Army, the Republic of Singapore Air Force and the Republic of Singapore Navy engage their Indian counterparts in joint military training and exercises annually. Besides joint military training, both defence establishments also interact regularly through high-level visits, policy dialogues, courses, seminars and other professional exchanges.

Smt @nsitharaman in a bilateral meeting with Hon'ble Defence Minister of Singapore, Mr Ng Eng Hen on the occasion of 25 years of Singapore India Maritime Bilateral Exercise (SIMBEX). The bilateral agreement on joint training and exercises in India was renewed. pic.twitter.com/nJYIIX9a5q