The 5th Defence Ministers' Dialogue (DMD) between India and Singapore was successfully held yesterday through a video conference in view of the ongoing COVID-19 situation globally.

Defence and security engagements between India and Singapore have broadened significantly in scale and scope across all three Services of the Armed Forces as well as in the areas of defence technology and industry.

Both countries have also found common ground on multilateral fora and engagements and have continued the substantial increase in bilateral cooperation and defence partnership over the years. 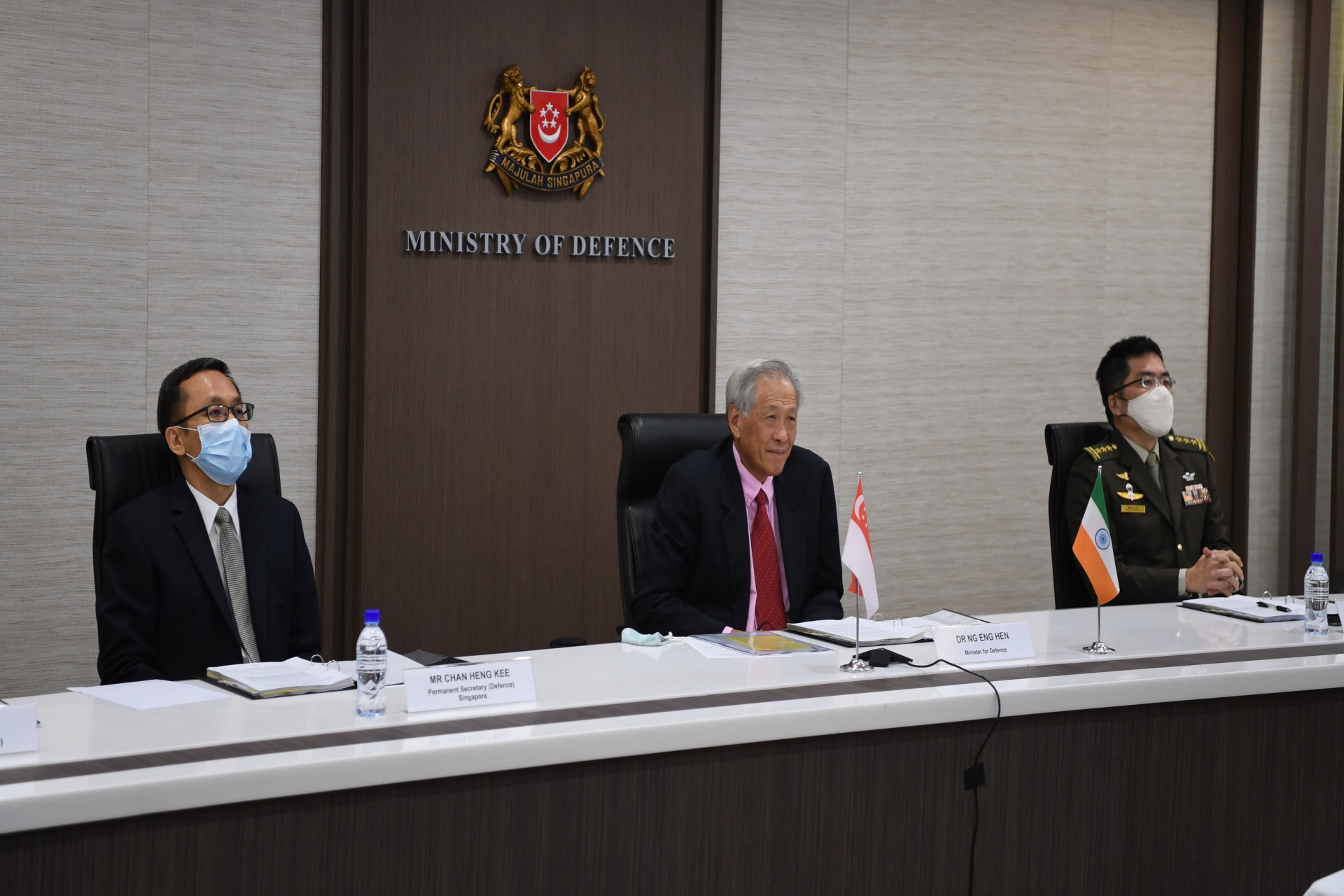 They discussed regional security developments and acknowledged the good progress made in cooperation across the three Services, on defence technology and in multilateral engagements.

The Joint Statement released by Dr Ng and Mr Singh after the DMD reaffirmed both countries' commitment to strengthen defence cooperation.

At this 5th DMD, both Ministers were pleased to witness the signing of the Implementing Agreement on Submarine Rescue Support and Cooperation between the two Navies.

The Ministers also conveyed their full support towards the early conclusion of agreements to facilitate Singapore's use of Chandipur Integrated Test Range for the conduct of live firings and to establish reciprocal arrangements for the cross-attendance of military courses. 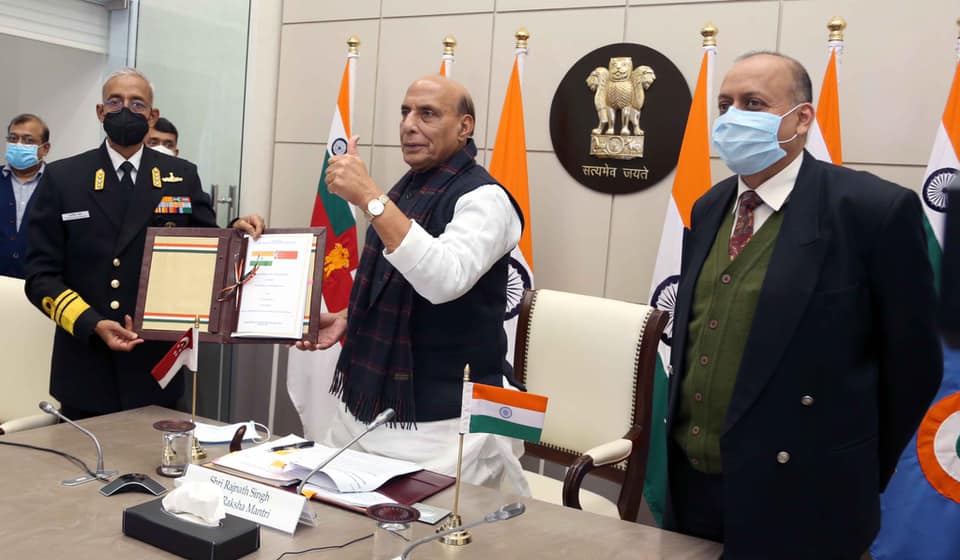 Speaking after the DMD, Dr Ng highlighted the significance of the defence cooperation between Singapore and India. He said, "There are many new areas, including defence technology, that both sides can build shared interests and shared capabilities… Overall, our defence ties and military engagement with India have grown significantly, and we welcome this partnership. I am very happy that Minister Singh and I share a common purpose to push defence ties even stronger."

The 5th India-Singapore Defence Ministers’ Dialogue was successfully concluded today, a testament to the growing defence...

Both Ministers recognised the positive trajectory of bilateral defence relations that has expanded into new areas of cooperation, such as in Humanitarian Assistance and Disaster Relief (HADR) and cybersecurity.

The Ministers further welcomed initiatives to expand bilateral defence cooperation including the implementing agreement on HADR cooperation in August 2020 for the two Armed Forces to have closer operational collaboration in response to disasters and capacity-building activities of mutual interest. The cyber agencies of both armed forces have also stepped up engagements.

During the dialogue, both Ministers exchanged views on the impact of the global COVID-19 pandemic on the defence and security engagements, including the best practices adopted by their Armed Forces.

Mr Singh conveyed gratitude for the role of the Singapore Armed Forces, in supporting foreign workers, many of whom were Indian Nationals, at the peak of pandemic.

Posted by Ministry of Defence, Government of India on Wednesday, January 20, 2021

Dr Ng also complimented India's successes in bringing down the overall numbers despite challenges of scale in terms of geography and population.

Both Ministers noted the commitment of their senior officials in sustaining the momentum of annual dialogues during the ongoing pandemic through virtual meetings. This has kept bilateral defence cooperation on a positive trajectory and laid the foundations for further cooperation in 2021.

Both Ministers were committed to further enhance bilateral defence ties between India and Singapore and supported multilateral initiatives to promote lasting peace and stability in the region.