Sikhs in The United Kingdom voiced concern over the European Court of Justice (ECJ) ruling allowing companies to ban staff from wearing religious symbols like the Muslim headscarf.

One of the premier representative bodies for Sikhs in the country Sikh Federation UK released a statement saying, "We are less worried about this decision in a UK context. In the UK, we are open-minded and appreciate and accept differences... Our main worry is the situation in mainland Europe." 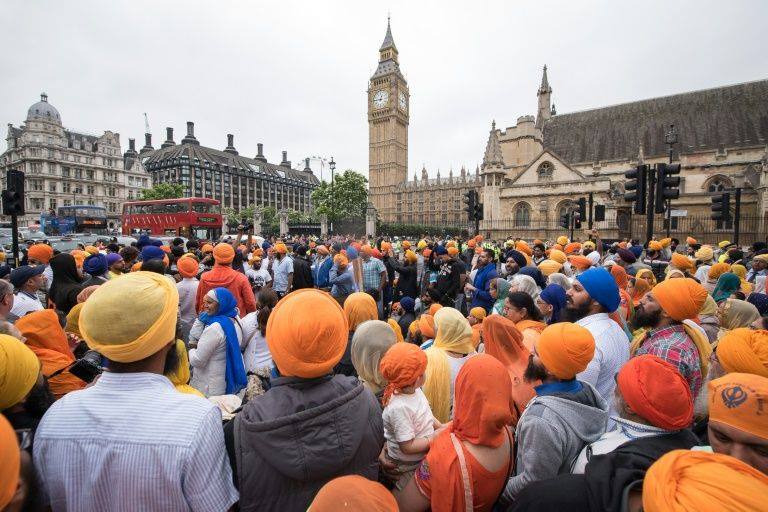 Sikhs living in the United Kingdom and Europe have made their aversion to the ECJ ruling clear. Photo courtesy: Facebook

They said the ruling puts nearly 300,000 Sikhs in European countries at risk of being denied their right to wear turbans or carry religious symbols.

Bhai Amrik Singh, the Chair of the Sikh Federation (UK) said, “This ruling strikes at the heart of practising the Sikh faith. History has shown Sikhs have been prepared to make the ultimate sacrifice to defend the right to keep their uncut hair and associated turban.”

Meanwhile, in India, the Shiromani Gurdwara Parbandhak Committee (SGPC), the Sikh religion’s highest authority, said on Wednesday that it would write to Indian Prime Minister Narendra Modi to seek his intervention to prevent any possible turban ban in European countries.

Workplace bans on the wearing of "any political, philosophical or religious sign" such as headscarves may not be direct discrimination, the ECJ had ruled. The ruling was prompted by the case of a receptionist, Samira Achbita, fired in June 2006, for wearing a headscarf to work at the security company G4S in Belgium.

The judgement said "an employer's desire to project an image of neutrality towards both its public and private sector customers is legitimate" and affirmed to the media that the ruling applied to all religious symbols, but would only be applicable as long as it was applied uniformly as part of a company’s internal policy, not based on “subjective concerns” such as customer opinions.