Sikh representatives from across Europe met at the European Parliament to discuss actions aimed at safeguarding the Sikh identity in Europe. They also discussed the kirpan modification row in Italy. 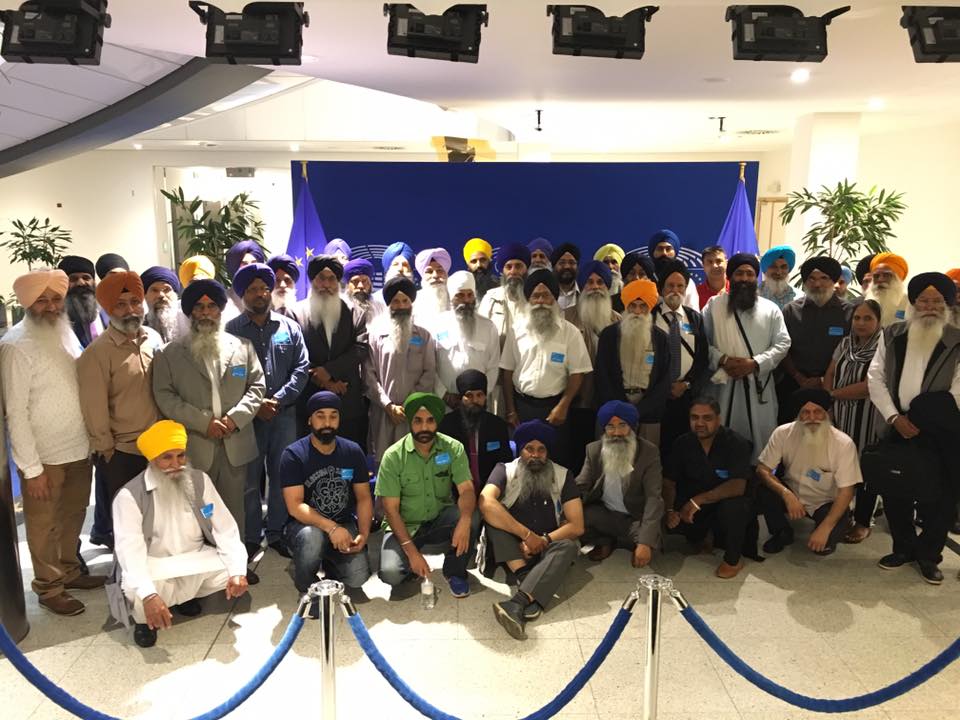 ​Gurjeet Singh, the national press secretary of the Sikh Federation, UK, said that with UK setting negotiations to exit the European Union in motion, an urgent meeting of Sikh representatives from across Europe was convened to start developing a strategy in relation to defending the Sikh identity.

"We will hold similar conferences across Europe at least every six months for the next two years," he said.

"It was clear that the challenges faced by Sikhs in each country were different and required a variety of interventions," he said.

Sikhs from Italy, representing the National Dharam Parchar Committee, gave a historic perspective on the kirpan issue and the recent controversial developments.

"They provided useful evidence on the lack of iron content of the Kirpan that has been proposed, compared to existing kirpans that made it absolutely clear that Jathedar of Akal Takht Giani Gurbachan Singh should never have even entertained the current proposal," Singh said.

SIKHS FROM ACROSS EUROPE MEET IN THE EUROPEAN PARLIAMENT TO AGREE A 2-YEAR STRATEGY FOR MEASURES TO SAFEGUARD THE... https://t.co/Ul7iHyItyM

Sikh representatives from the UK, Punjab, Germany, France, Belgium and the Netherlands spoke unanimously condemning the controversial kirpan modification proposal from Italy. European Sikh organisations that had not yet contacted Giani Gurbachan Singh, the Jathedar of the Akal Takht, the highest Sikh religious authority, and the president of the SGPC to condemn the proposal were asked to do so as a matter of urgency. It was also agreed organisations like the Sikh Federation (UK) should explain to the Italian authorities the inappropriateness of the Italian proposal.