UK Sikh MP Tanmanjeet Singh Dhesi is going the extra mile. Once again raising the issue of resumption of direct flights between Amritsar and UK with ministers in the Indian government and Punjab government, the Slough MP is also lobbying airlines in the UK.

During his meetings with the senior officials of the airlines, he also quoted Punjab Finance Minister Manpreet Badal's assurance that if any international airlines wished to resume flights from Amritsar, the state government would consider forgoing the state aviation tax, Times of India reported.

As promised during my July trip to the #Punjab, a string of meetings was organised with various international... https://t.co/6HwsXpcNqR

In the last few days, Dhesi has met Virgin Atlantic and Air India senior officials in UK and buttressed his argument with facts and figures about the commercial potential in case they would start direct flights between Amritsar and UK. Speaking to TOI from UK, Dhesi confirmed that he was citing Manpreet Badal's offer to consider the waiver if international airlines would come up with proposal to resume the direct flights from Amritsar.

"I shall meet officials of other airlines also in the next few days," he said.

"As I met Virgin Atlantic's Senior Manager External Affairs and soon-to-be Head of India Operations David Hodges, I presented various facts and figures about the potential of a very lucrative route to the global tourist capital Amritsar, visited by millions each year. I also highlighted the incentives being offered by the Punjab government and the overwhelming wishes of the Punjabi diaspora within my Slough constituency, Britain and beyond," Dhesi said.

He also held an hour-long meeting with Tara Naidu, Head of Europe Operations, Air India. "I proposed that even if additional slots can't be procured, Air India is currently operating three daily flights from Heathrow Airport to India of which two are to Delhi and one to another destination and one of those could be used for Amritsar," he revealed. 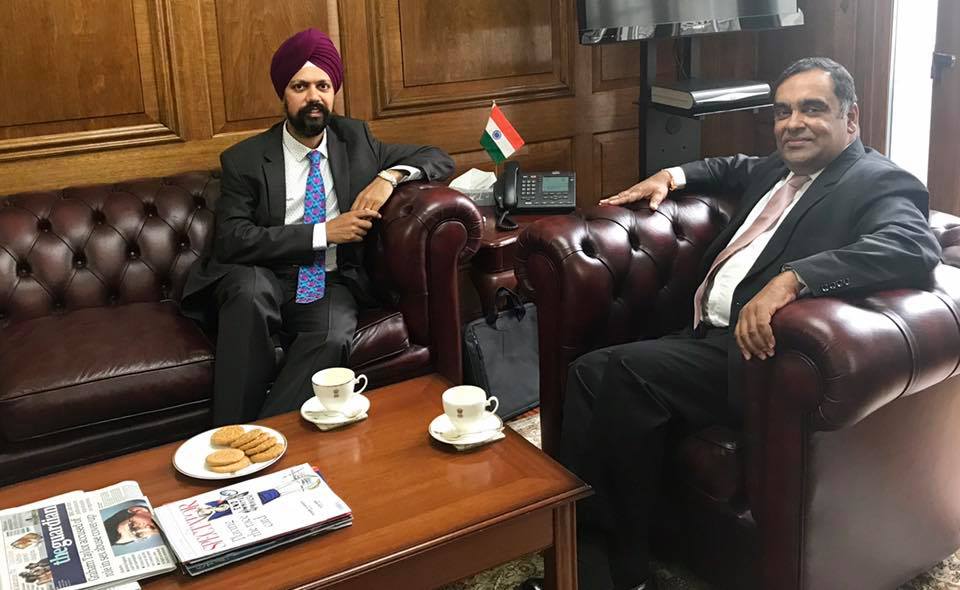 He had also written to the High Commissioner of India YK Sinha, saying the eight-hour direct flight, which was run earlier was snapped in 2010, needs to be restored.

Dhesi argued that "given the Indian government's influence within the national carrier, Air India, I feel your support with decision makers would lead to direct flights being reinstated".

During his maiden trip to India in July, after becoming first turbaned Sikh MP in UK, Dhesi had met union finance minister Arun Jaitley, minister of state for civil aviation Jayant Sinha, Punjab finance minister Manpreet Badal and urged them to use their influence for resumption of direct flights between Amritsar and UK.