Preet Kaur Gill, the first Sikh woman MP in Britain, has been selected as a member of the influential cross-party home affairs parliamentary select committee. 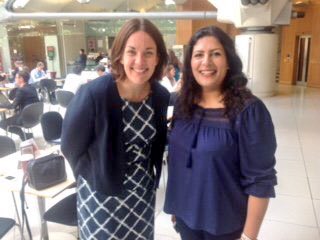 The Labour MP, who was elected from the Birmingham Edgbaston seat in the 2017 UK elections, will be one of 11 MPs on the committee, which investigates the spending, policy and administration of the ministerial department.

Veteran Indian-origin Labour MP Keith Vaz had been chair of the select committee for nine years until September 2016 when he was forced to stand down following a prostitution scandal. The committee chooses its own subjects of inquiry from issues the home office takes on.

"I find the subject matter in what they scrutinise really interesting and wide-ranging. I am particularly interested in child sex exploitation," said Gill. "There has been a big increase in hate crime in the UK often targeted at Sikhs who wear turbans and have beards. The government's hate crime action plan has been focused on the Abrahamic faith and has ignored Sikhs. I want to make sure the Government is doing enough to address this."

Great first meeting of the #Appg for British Sikhs, delighted to be appointed as Chair of the group and thank you to those that attended pic.twitter.com/ax9INpEaZO

Gill has also been elected the chair of the all-party parliamentary group for British Sikhs, which promotes the interests of Sikhs in Britain.

A 44-year-old Sikh woman from Edgbaston, Gill created history after she was elected as MP.

"The fact that we don't have any Sikh MPs is quite shocking in a way, when you think about how long Sikhs have been here and their contribution," she had said earlier, "but that puts a bit of responsibility on the Sikh community as well, in terms of how they are pushing their young people to get involved and engaged in politics."