In another case of conflict with authorities abroad, a Sikh man was asked to remove his kirpan (ceremonial knife) after police boarded a bus in Auckland yesterday. The incident took place in the area around Britomart and Queen St at about 10 am local time. 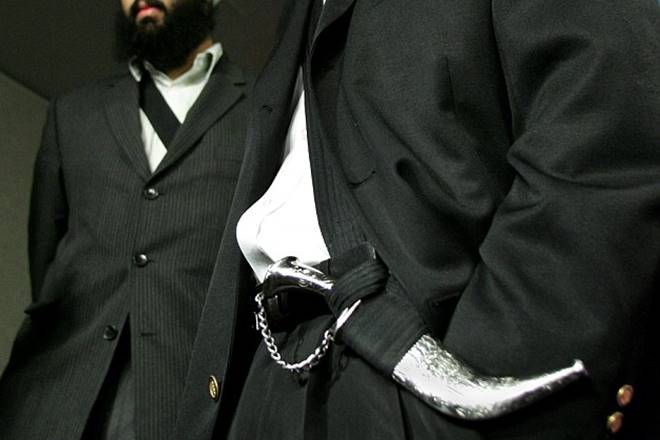 The youth was questioned for carrying a kirpan by police. Photo Courtesy: Wikimedia

According to the New Zealand Herald: “We looked out of the window and we could see the police car behind us with sirens blaring and armed men all around us. One policeman stormed into the bus with a gun in his hand and said to the guy, ‘Get your hands up so we can see them and get out of the bus’,” a witness said.

The issue of carrying a kirpan has been up for debate across the world, with Sikh organisations demanding the right to freedom of religion. Recently, a proposed modification of the kirpan in Italy and a law calling for a license for carrying one was condemned by Sikhs.

As per the statement of the witness, the passenger was wearing a turban and was carrying a kirpan, which was later removed by the police.

New Zealand National Party MP Kanwaljit Singh Bakshi has a member’s bill in the Parliamentary ballot which, if drawn and passed, would permit the Sikh community to carry a kirpan under certain guidelines.

The bill if passed, will ensure that the kirpan carried shouldn’t be more than 10 cm and it should be worn under clothing. As per the bill, those who opt for kirpan will also have to wear the other four articles of faith – kesh (uncut long hair), kanga (a comb), kara (an iron bracelet), and kachha (under shorts).