Signing of Double Taxation Avoidance Agreement (DTAA), which came into force last month, is bound to strengthen economic ties between Cyprus and India and boost investment on both sides, Cyprus President Nicos Anastasiades has said.

Noting that Cyprus was the eighth largest foreign investment country with regards to India, President Anastasiades said the DTAA treaty removed Cyprus as Notified Jurisdiction Area (NJA) which will give "a completely new dynamic to the link of our economies." 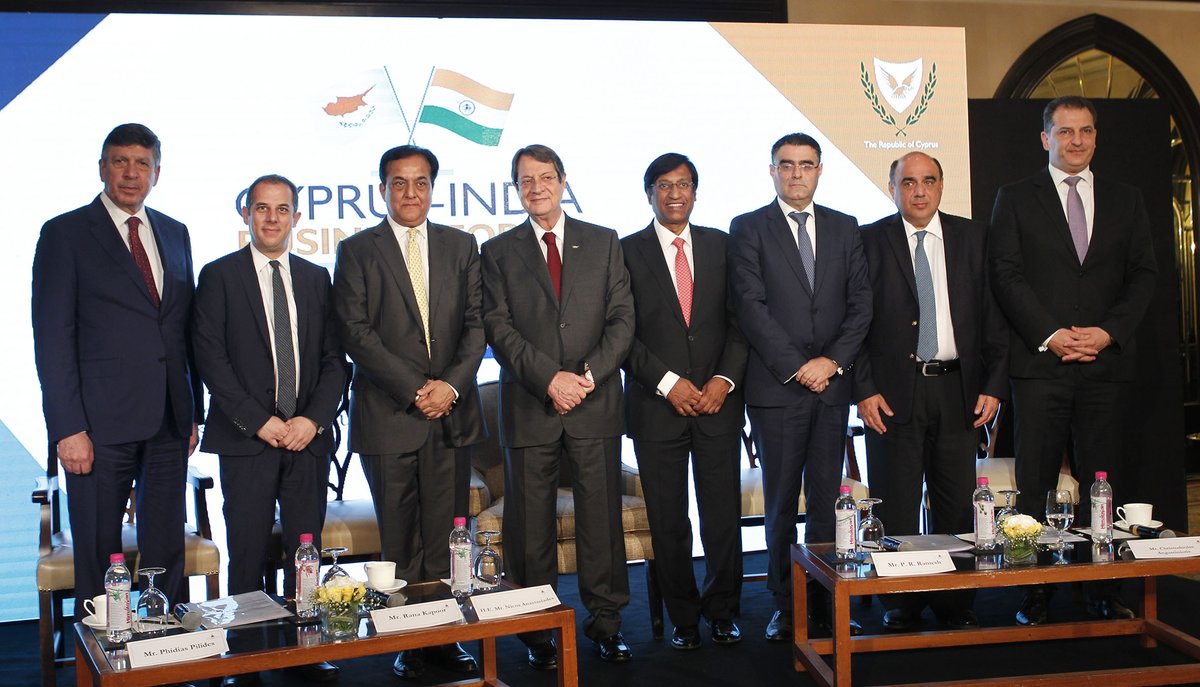 "Undoubtedly, it will contribute to further strengthening the economic ties between Cyprus and India, particularly in the field of investments, on which Cyprus ranks as the 8th biggest foreign investment country to India," Anastasiades said in his keynote address to the Cyprus-India Business Forum in Mumbai before concluding his four-day visit to India.

He said his visit was a testimony to a "determination to actively upgrade" Cyprus-India ties.

"It is precisely for this reason that I am accompanied to India by the Minister of Finance, the Minister of Energy, Commerce, Industry and Tourism, the Minister of Transport, Communications and Works, the Minister of Agriculture, Rural Development and Environment, and the Government Spokesman. My delegation also comprises a strong business delegation from a range of fields, including the legal, financial, property, construction, and services sector," he told Mumbai business community leaders.

He said his aim was to shed light on the unique investment opportunities Cyprus – an EU member state at a strategic location at the crossroads of Europe, North Africa and Asia – has to offer, and achieve "a strategic re-orientation" of our economic partnership.

President Anastasiades said it was impossible not to talk about Cyprus shipping industry while being in a port city of Mumbai.

Our meeting today @narendramodi is yet another stepping stone in our common history #Cyprus #India pic.twitter.com/QLdhbvT3Pd

"Cyprus’s shipping industry has been one of the most successful export services of our country, as Cyprus enjoys the privilege of being one of the most influential global hubs for ship owning and ship management services," he said.

The south-east European nation is home to some of the world’s most prominent names in shipping offering competitive ship registration costs and favourable tax regime for ship management and other international business enterprises.