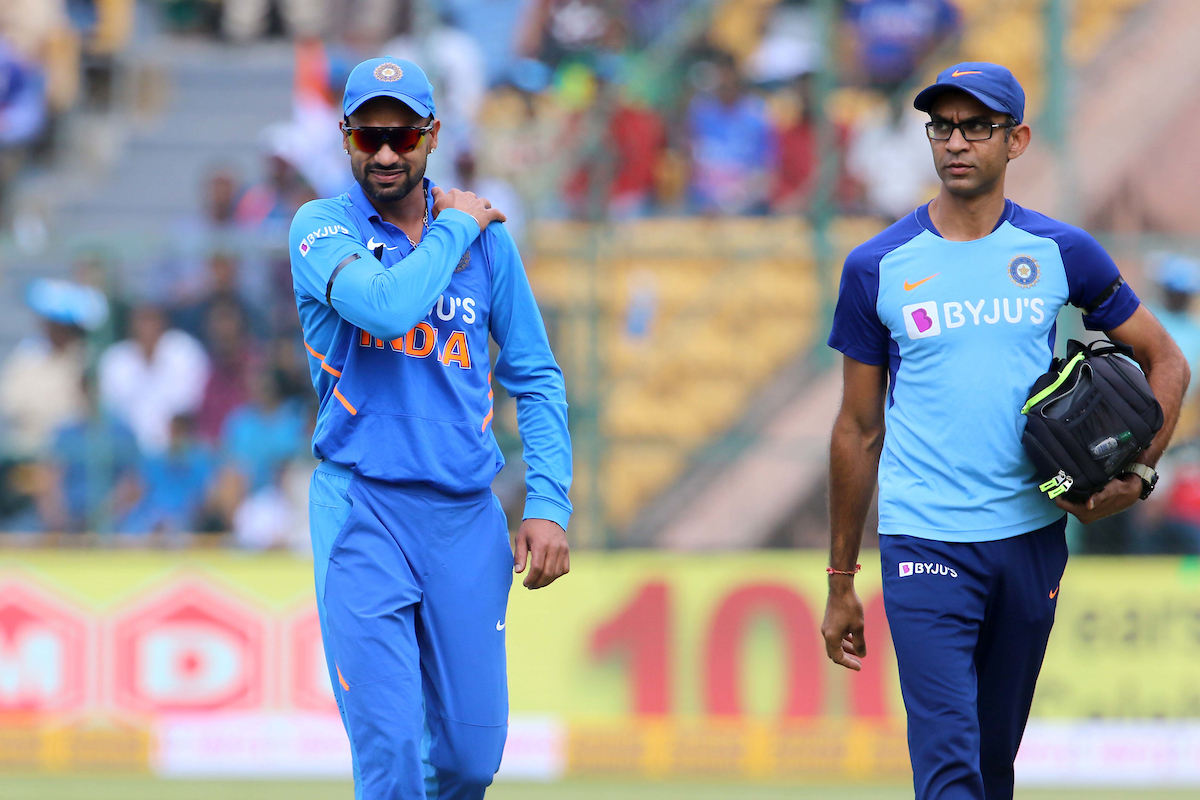 Shikhar Dhawan injured his shoulder after an awkward dive during the 3rd ODI against Australia on Sunday. Photo courtesy: Twitter/@BCCI

Dhawan suffered a shoulder injury in the third ODI against Australia last Sunday after he fell awkwardly while diving to save an Aaron Finch boundary in the cover region.

As per a BCCI media release, an MRI of his shoulder was conducted, which confirmed a grade II injury of his acromio-clavicular joint. His hand will be in a sling and he has been advised rest. The BCCI release added that Dhawan would start active rehab management in the first week of February at the National Cricket Academy.

Sanju Samson has been named as Dhawan’s replacement in the T20I series, while Prithvi Shaw will replace him for the ODI series.