Sharul enthrals in all Superwomen avatars

Two things came to my mind and a wish slipped out as I saw Sharul in and as Disco Sheela and other superwomen.

She is a powerhouse performer. In complete control of her craft. Brings in a physicality of what seems to be an element in younger stand-up comics, a la, Hasan Minaj or a Trevor Noah.

Funny from the word go as she took the stage, solo, as the first of four characters she played - Disco Sheela.

Who is Disco Sheela?

Disco Sheela was one of the four protagonists, Sharul played effortlessly. The play is a monologue delivered by characters of four Indian women in different age groups facing all kinds of obstacles at different stages in their lives. Told in the context of the Singapore society. But clearly, looks globally accepted.

Directed by top comedian and actor, Kumarason Chinnadurai, popularly known as Kumar, Disco Sheela and Other Superwomen was an Esplanade production, which ran to full houses during the ongoing Kalaa Utsavam. Earning huge applause from the audiences.

Last year, Sharul distilled the good and bad of Indian weddings into a one-hour comic monologue, Sharul Weds Sharul, for the Kalaa Utsavam.

Oh yes! Almost forgot the wish. Watching Sharul one feels that this is not her best yet. So the wish is that Sharul strives harder and gives us something even better in the futre.

Lives life on her own terms and doesn’t stick to societal mores. Full of self-belief, she is a star, a divorcee, now remarried, at peace with herself and loves her drinks. One can see her at a temple and after a few hours in a club, dancing away without a care in the world. She is individualistic, vivacious and has the full support of her cab driver husband and child who just want to see her happy. 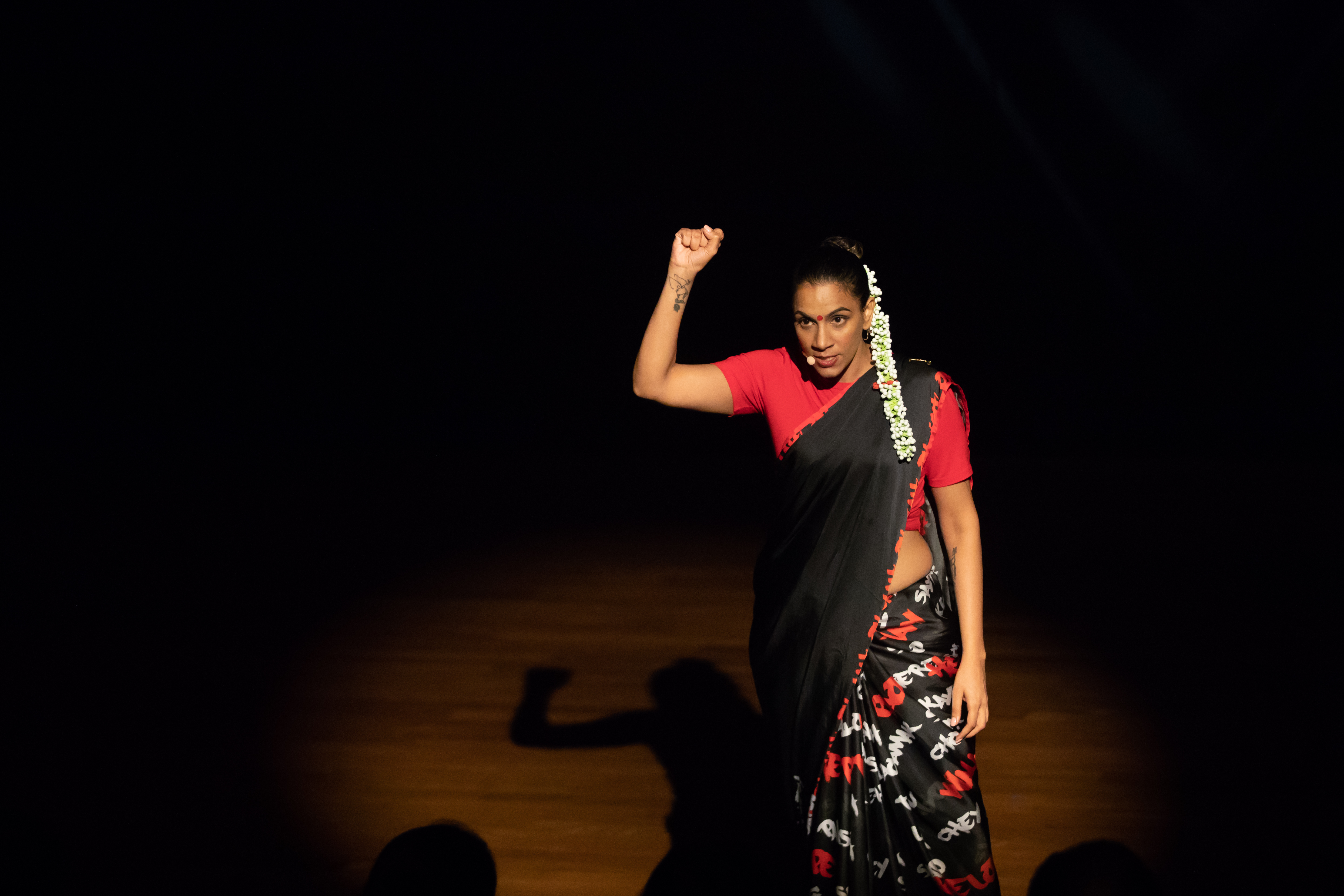 Disco Sheela lives life on her own terms and doesn’t stick to societal mores. Photo courtesy: Esplanade Theatres on the Bay

There is an interesting dimension to the character of Disco Sheela which Sharul herself met at a nightclub. She was struck by this woman, who juggled home, family, children, a career and weekly visits to the temple, as well as outings with her friends. Other members of the Indian community laughed at her "piety" on seeing her at the temple after a night of dancing.

During the course of their conversation, the lady did some disco moves and Viola! Sharul finds her character Disco Sheela.

Aunty Sunita: 63-year old lady who misses her husband who passed on but happy to live an independent life. Her grown-up kids have left her. She wants to be connected and wants her presence to be felt by the society. 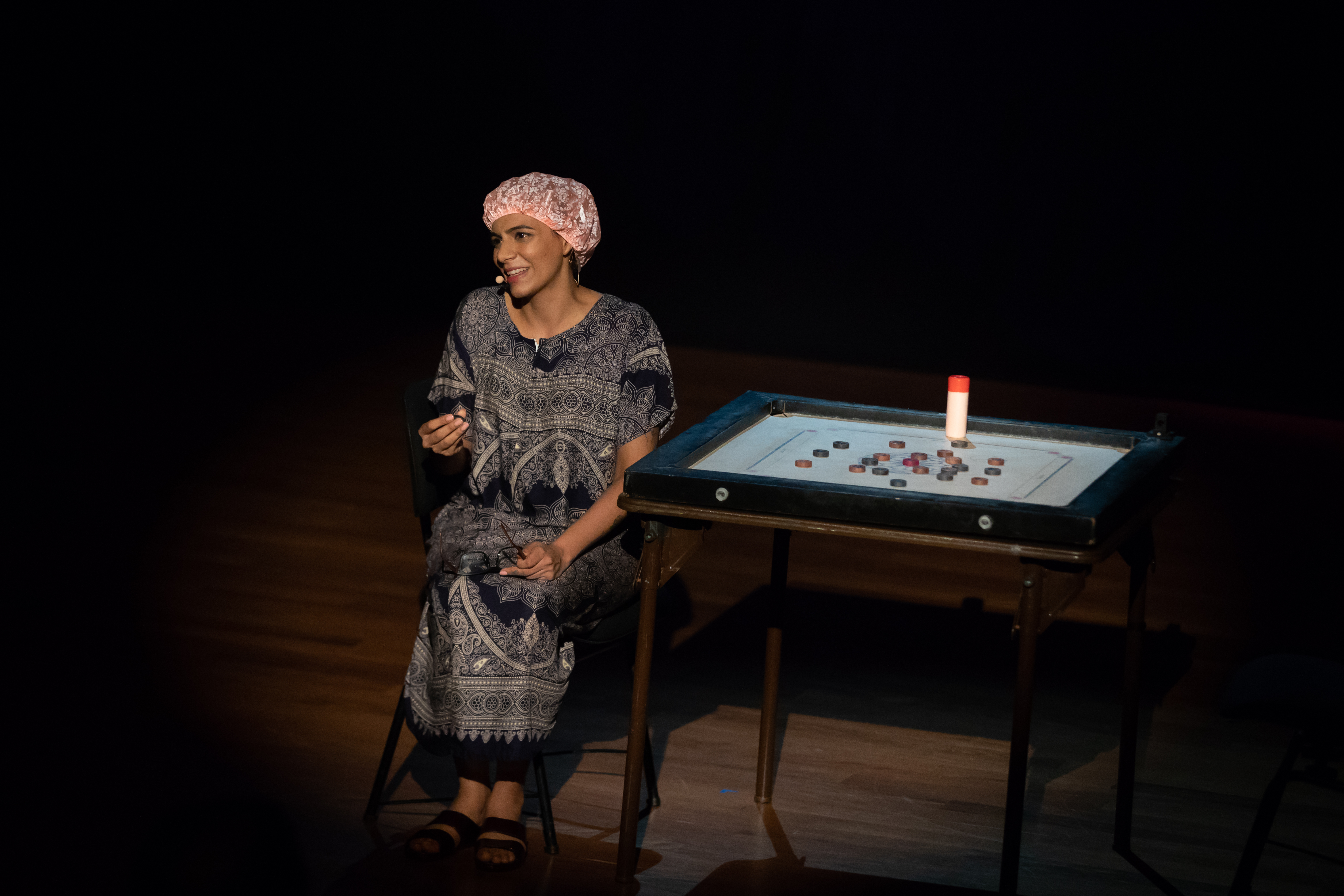 Aunty Sunita is a 63-year old lady who wants to have her own life. Photo courtesy: Esplanade Theatres on the Bay

She does not like, cope, nor care to connect with her ‘modern’ daughter-in-law. Misses her late husband, who she considers a ‘good man’, exonerating him of the beatings she received from him. 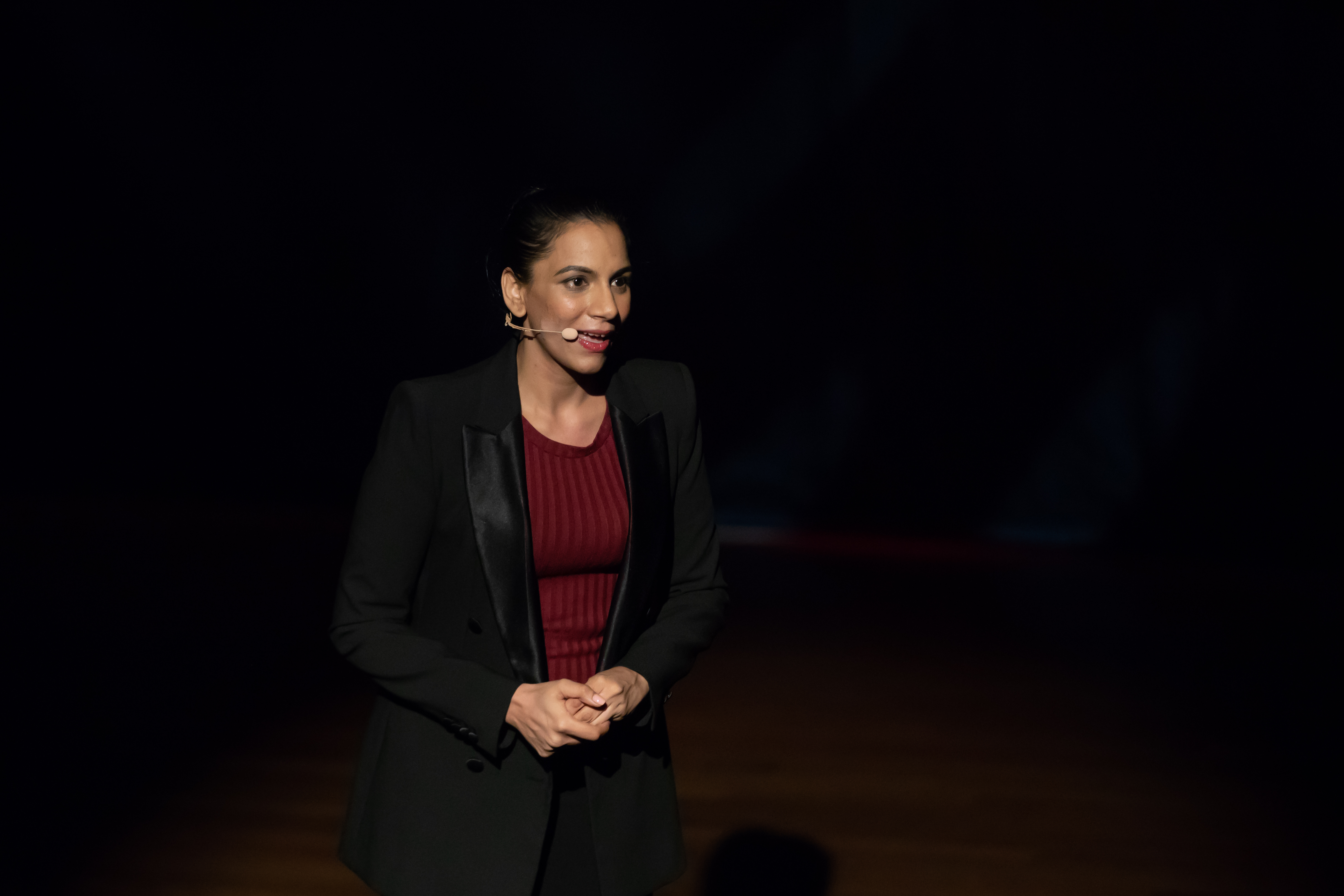 Malini wants to get back to the workforce after having two kids. Photo courtesy: Esplanade Theatres on the Bay 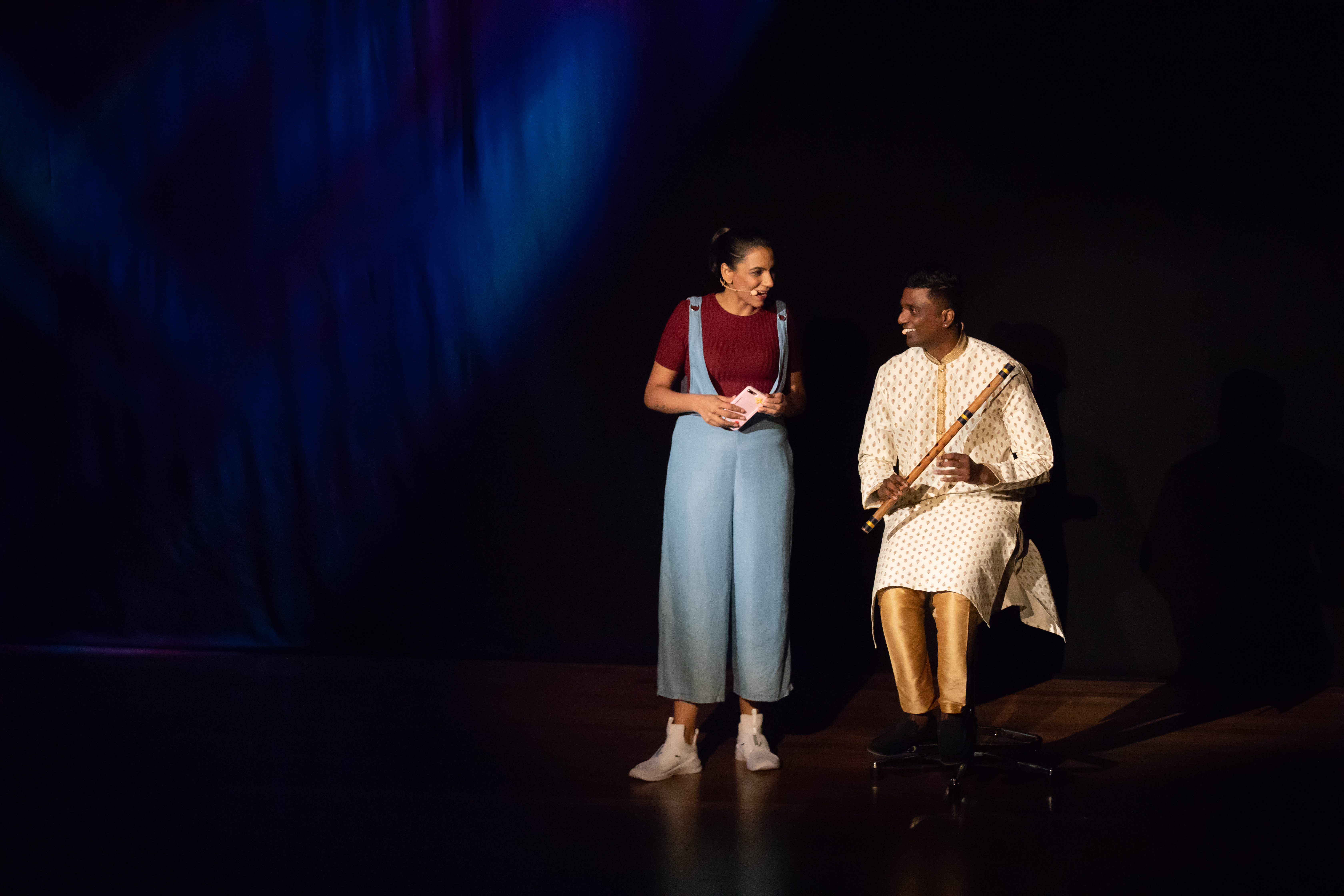 Sharul Channa essaying the character of Mumtaz, a young 19-year old girl having passion for dancing. During the show, music is provided by flutist Raghavendran Rajesekaran. Photo courtesy: Esplanade Theatres on the Bay

Mumtaz Shah: Bubbly teenager who has no association with anything Indian. For her, whether it is boys or clothes, it has be Chinese. She loves Chinese boys describing their skin lustily to be 'Tofu' smooth. She has a passion for dancing but fails to open up. Shamed her old-fashioned father with her poor grades; a big no-no in an Indian family.

Women are forced to be good at various things, multi-taskers, live by rules and stereotypes set by the society, to be superwomen.  Disco Sheela realised the meaninglessness of the pursuit and found her peace.