Local stand-up comedian Sharul Channa is set to return to a physical stage and perform for a live audience after eight months of not having the pleasure of engaging with live audience and hearing their laugher.

What's more, she's gonna do so on her birthday!

Sharul is the premiere headliner of ‘The Great Covid Comedy Comeback’, which will be staged at the Capitol Theatre on December 8, at 8.30pm. (Buy your tickets here.) 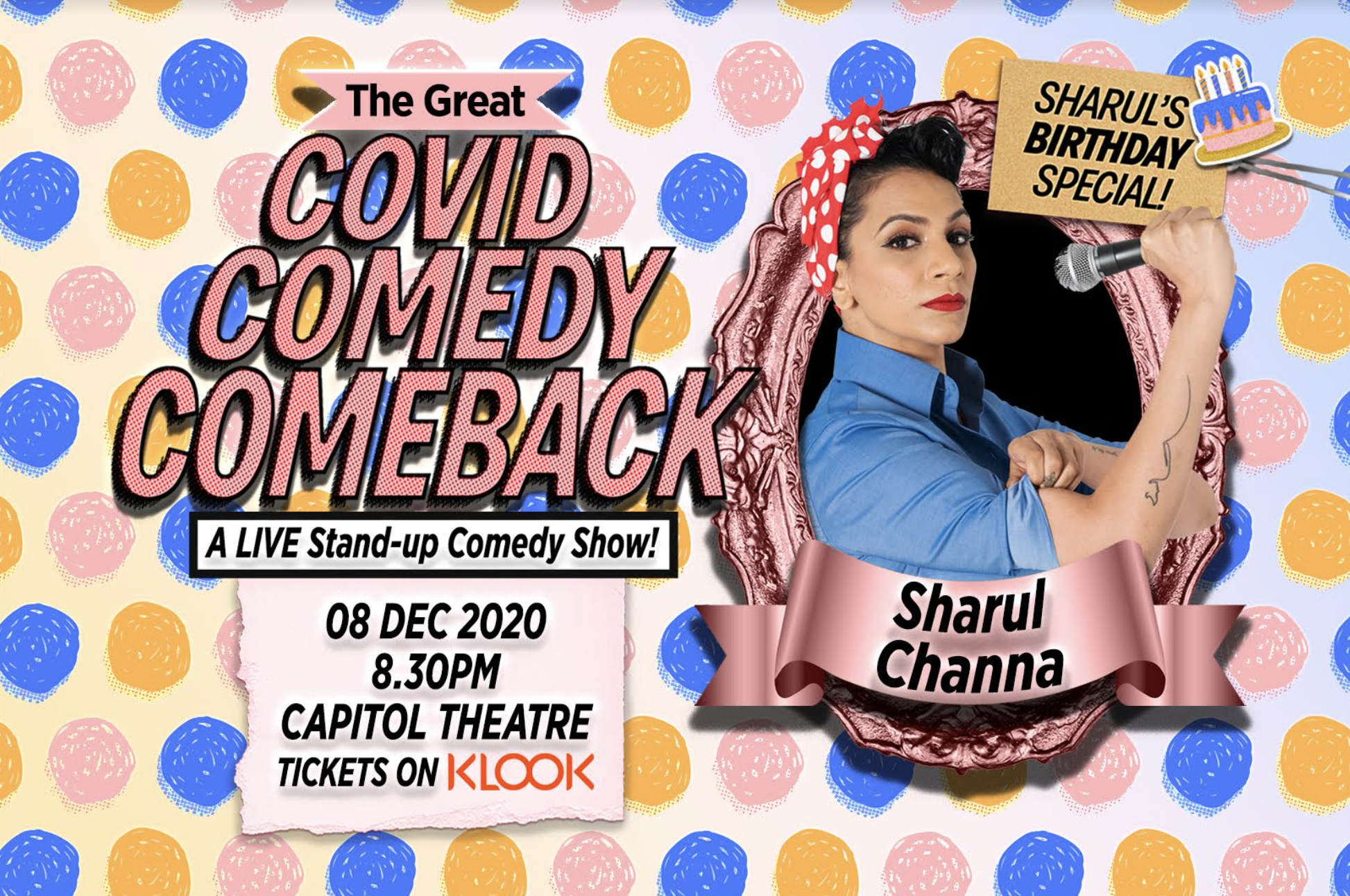 Hoping to celebrate her birthday by spreading the laughter and joy to others, Sharul will be sharing stories about her COVID-19 lockdown journey.

She has performed four one-woman theatre shows: 'Crazy poor Sita', 'Disco Sheela and other Indian superwomen', 'Sharul Weds Sharul', as well as 'Am I old?’ which has also  been recently performed during COVID-19 times as a show on Zoom in collaboration with AWARE.

After performing eight virtual shows of ‘AM I OLD?’ which received rave reviews in The Straits times, she  translated and performed the show in Hindi, and directed the piece in Tamil. Watch our interview below:

Things to do in Singapore Indian comedian Singapore