Hollywood superstar Brad Pitt flew into Mumbai yesterday to launch his latest film War Machine, which is produced by and will be released on the portal of streaming giant Netflix. 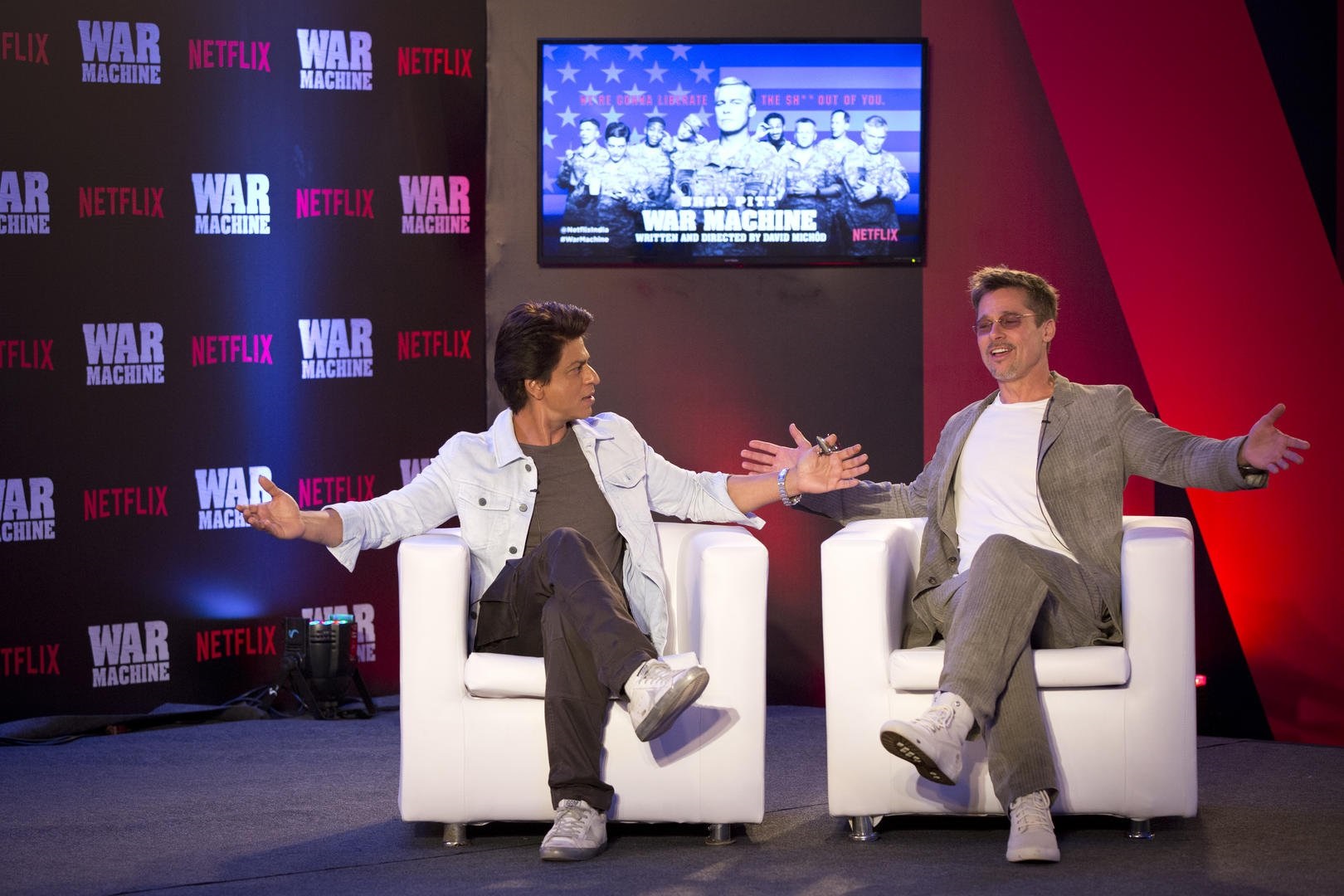 During his promotional tour, Pitt was part of a special chat session with Shah Rukh Khan and told the Bollywood superstar he could never dance or sing like Bollywood stars.

Pitt was curious about Indian showbiz as he asked many questions about how it functions, how long the shoots are and other nitty gritties of the Bollywood world.

As SRK said that an action and dance film takes up to 120 days to shoot and a simple film 70 days, Pitt exclaimed: "It's the same there. But we don't have dance. I will never make it in Bollywood. I can't dance."

Then SRK said: "Oh, we'll make you dance. We make everyone dance", and went on to explain his signature move. He later tweeted a pic of him with the Hollywood star.

My best 2 David & Brad for the release of War Machine on @netflix Pleasure to meet u both & Brad the dance remains pic.twitter.com/mxq0GKrqoL

The two actors discussed the project and their journeys in films. Shah Rukh, 51, revealed he became Pitt's fan after watching the 1995 film Twelve Monkeys and also praised his performance in The Curious Case of Benjamin Button.

Pitt said he has great respect for the Indian film industry because it has its own unique language, but added that he would never be able to crack the code of Bollywood.

"I have great respect for Indian cinema because it has its own film language, its own stars and has created place of its own... That is what we enjoy over there," Pitt said.

Pitt was in India previously in 2006 with his then girlfriend Angelina Jolie, who went on to become his wife, daughter Zahara and son Maddox. They were in the country for few month for the filming of A Mighty Heart.

War Machine is a satirical comedy with Pitt essaying role of US General Glen McMahon, who is tough but over-confident with an only aim to lead his army towards victory in Afghanistan, and win the war. It will stream on the US-based on-demand streaming website from Friday.