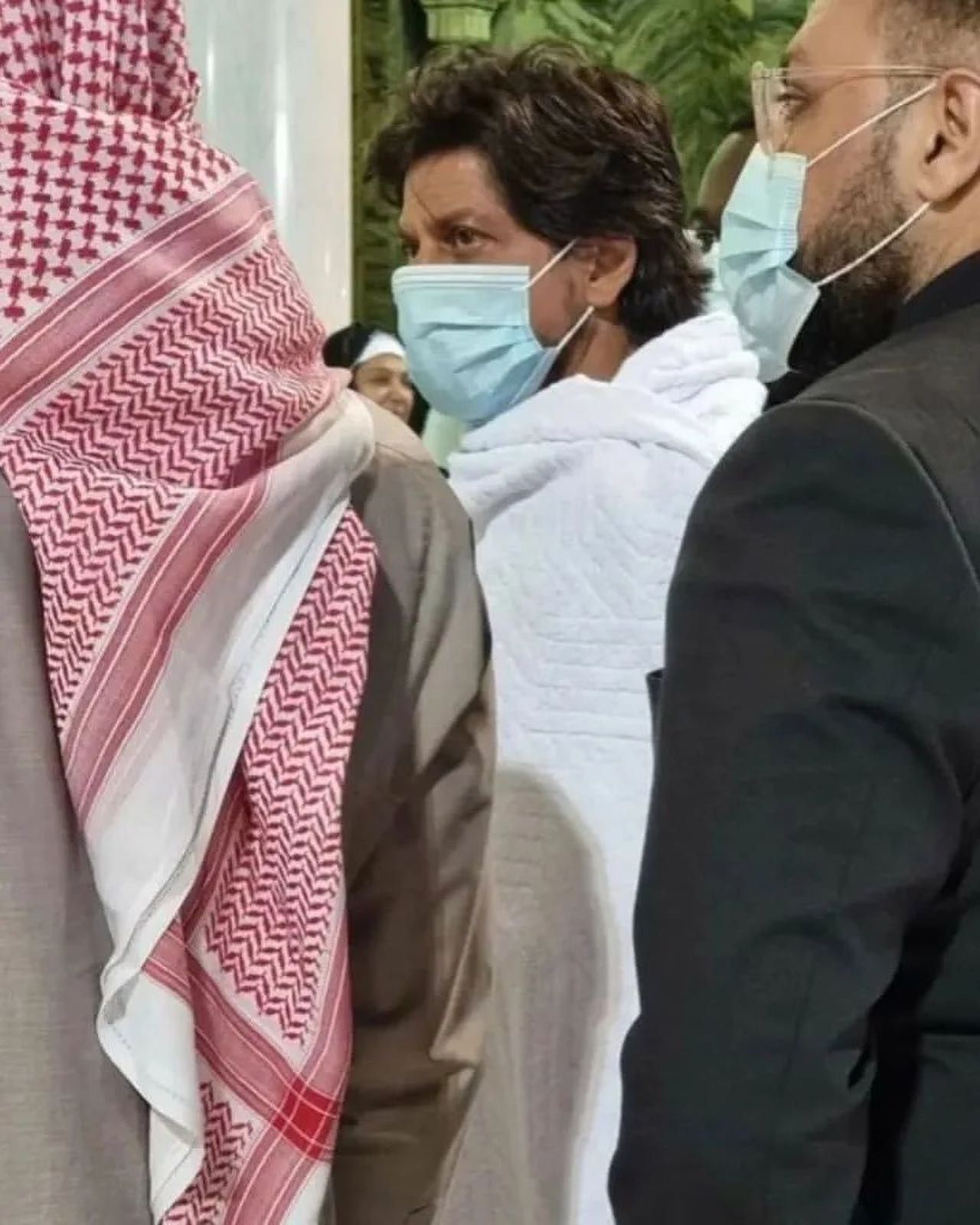 Umrah is an Islamic pilgrimage to Mecca, Saudi Arabia, that can be undertaken at any time of the year as compared to Hajj. Photo courtesy: Instagram/Team Shahrukh Khan

Umrah is an Islamic pilgrimage to Mecca, Saudi Arabia, that can be undertaken at any time of the year as compared to Hajj. In accordance to the Sharia (Law of Islam), for both pilgrimages, a Muslim must first assume a state of purification achieved by completing cleansing rituals, wearing the prescribed attire, and abstaining from certain actions. Umrah is considered a pilgrimage “lesser than” Hajj and is completed in a few hours, compared to Hajj, which may take a few days.

As the images of Shah Rukh Khan performing Umrah in Mecca were posted on social media, several Muslims started abusing and questioning the Bollywood actor. Several Muslims responded to the Saudi Arabia journalist who posted images of Shah Rukh Khan, saying that he keeps idols in his home (Hindu deities) and that is considered the greatest sin in Islam.

A Twitter account called Riz said that Shah Rukh Khan’s earning from Bollywood was haraam. And since he indulges in “Haraam”, his Umrah would not be accepted.

Another said that he was married to a Hindu and keeps idols in his home. “Just because he has a Muslim name doesn't mean Muslims need to own him,” the Twitter user said.