Announcing the launch of a new thought-provoking talk show, Bollywood superstar Shah Rukh Khan, who is returning to television with upcoming TV show TED Talks India Nayi Soch, has said he has no plans of competing with actors Akshay Kumar and Salman Khan on the small screen as they are doing “wonderfully well”. Salman is currently hosting controversial reality show Bigg Boss 11 while Akshay is seen as Super Judge on comedy show The Great Indian Laughter Challenge. 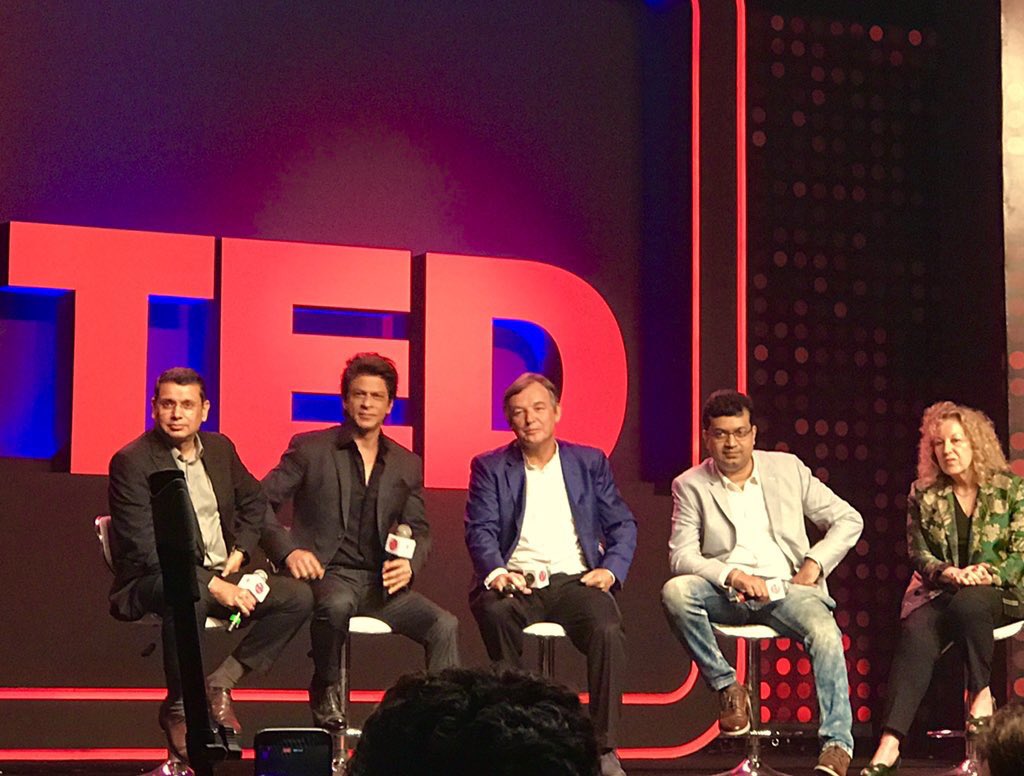 “To be honest, Salman and Akshay, what they are doing, they are in the league of their own. I am not even competing with them. They are doing wonderfully well,” Shah Rukh said at the launch of the Star Plus show in Mumbai yesterday.

“Having said that, I am not saying that our show is so different that we are not competing on the platform. I feel that this (‘TED Talks’) really is a different kind of platform where it has a different sensibility. I am not saying what they are doing is old, has been there and done dead.

“I know what Salman is doing, he is doing a Bigg Boss 11’ and Akshay is hosting The Great Indian Laughter Challenge. But this show is different and unrelatable,” Shah Rukh added.

Shah Rukh said that TED Talks India Nayi Soch is an inspiring show. “I think this will be running in a league of its own and not competing with anyone. It is generally a very hopeful and inspiring show. It will have entertainment. It is not plugged in to get ratings or audiences. The show is about sharing ideas. Hopefully we will be competing with ourselves for what aTED Talks’ has created over the years,” he said.

TED Talks India: Nayi Soch is a Hindi TV talk show created in partnership with TED, a non-profit organisation devoted to ‘ideas worth spreading’. It will feature speakers from various fields sharing ideas in TED’s signature format of short, powerful talks. This is the first time TED is collaborating with a major network to produce a TV series featuring original “TED Talks” in Hindi.

Uday Shankar, Chairman and CEO, Star India, Shah Rukh Khan and Chris Anderson, Head of TED addressed the press in Mumbai yesterday and shared their thoughts regarding the show.

‘TED Talks India Nayi Soch’, is TED’s first collaboration with a major network to produce a television series featuring original TED Talks in a language other than English. The show is set to feature an eclectic mix of speakers, thinkers and doers and provide them a global platform to showcase their ideas on the Star Plus platform. It can also be viewed on Hotstar, Star’s online video streaming platform.

Uday Shankar said, “I have been a big fan of TED and felt that there is no reason why these ideas should not be made accessible to all Indians in a language of their choice. Television should offer a spectrum of content which includes not just the traditional definition of entertainment but also content that feeds the human passion for knowledge, which stokes curiosity and inspires people. The timing is perfect -. India is a young country with big dreams and potential. It is a time when the world is looking to India for the next big idea.”

I'm in Mumbai for the exciting media launch of #TEDTalksIndiaNayiSoch with @ushanx and @iamsrk. Live streaming in 3 hrs time. Join us! pic.twitter.com/72hqyAtfDi

Chris Anderson, Head of TED, said, “TED Talks India Nayi Soch marks an unprecedented step in TED’s ongoing effort to bring big ideas to curious minds around the world. Combine India’s impressive thinkers and its growing appetite for knowledge with Shah Rukh Khan’s global fan following and Star’s massive reach, and we have a real shot at offering millions of people the empowerment that inspiring speakers can bring. We’re delighted at this partnership. The Star team and Shah Rukh Khan have created riveting television that takes the TED platform to a platform to a whole new place.” 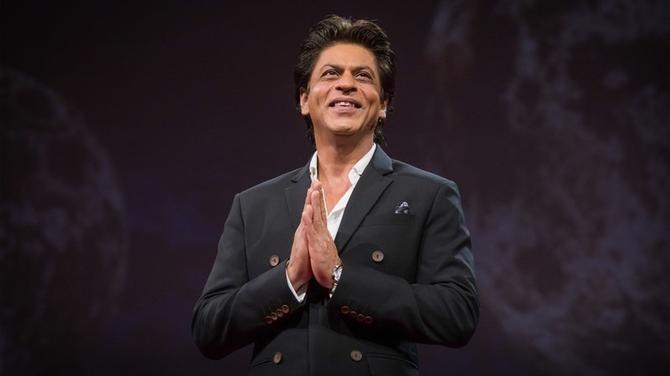