When we go for a live show, we see the cast on the stage. But a larger group of people, whom you may never see is the crew. Freelance light designers, sound technicians, stagehands, etc., work behind the scenes from gig to gig and with each show, earn a modest living.

With stages going ‘dark’ many of those working gigs are struggling to feed their families.

The scary part of COVID-19 is that there is still no end in sight for the gig economy. Events have dried up over the last 3-4 months and without them, the meagre income that these freelancers made has disappeared. 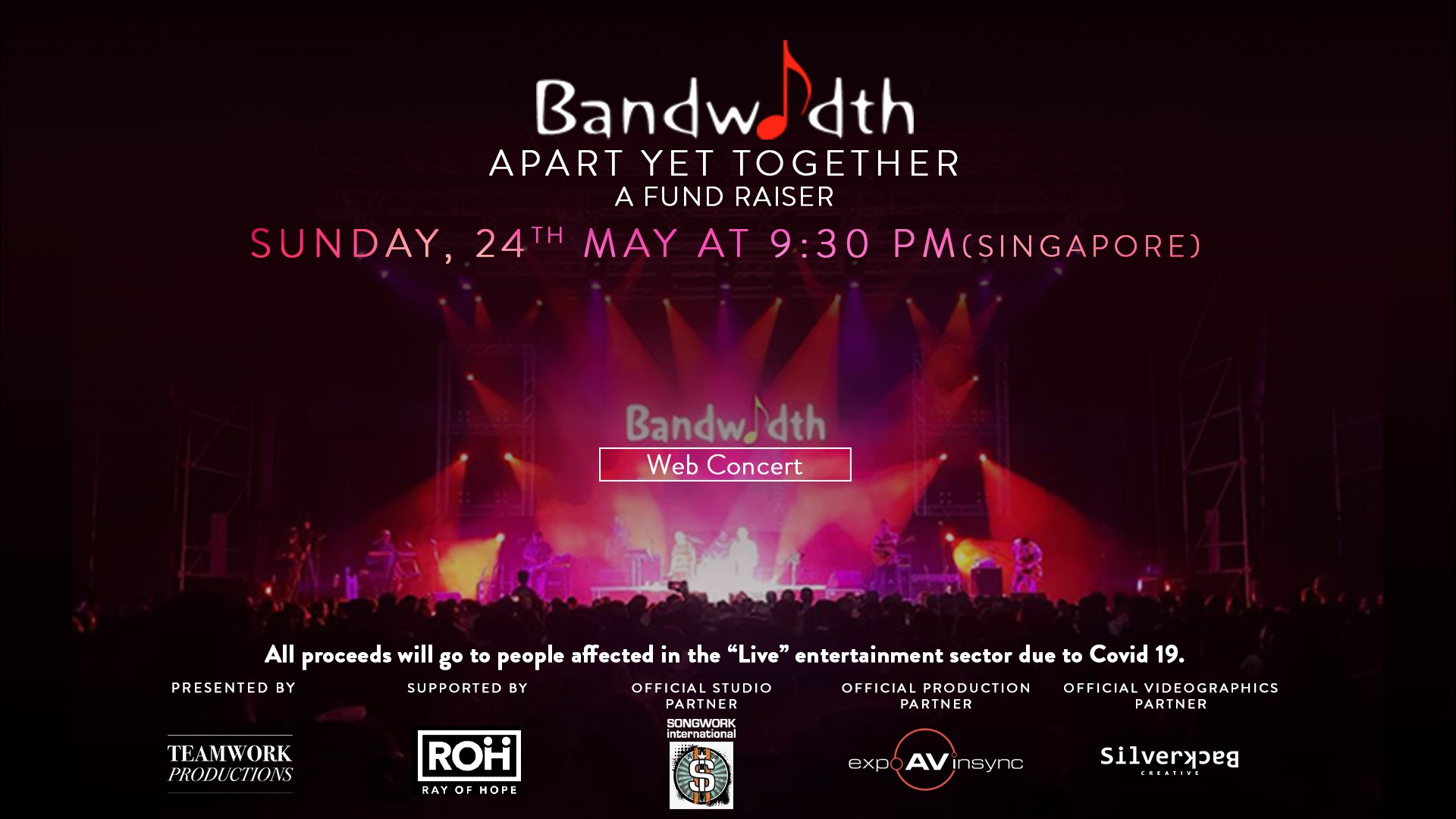 ​“Bandwidth – Apart yet Together”

It is to ease the suffering of such individuals and their families that Singapore's local band, Bandwidth and Teamwork Productions got together to bring a fundraising web concert - “Bandwidth – Apart yet Together”.

“If we manage to fund-raise $75,000, we will be in a position to provisionally support up to 25 freelancers with approximately $1,000 per month for 3 months”, says Bandwidth's singer Bipin Balakrishnan. “The campaign is on till 30th June and we are hoping to achieve our target by then”, he adds.

By the time you read this article, Bandwidth would have reached even closer to their target with their appeal touching those who want to help freelancers tide through the toughest times of their lives. 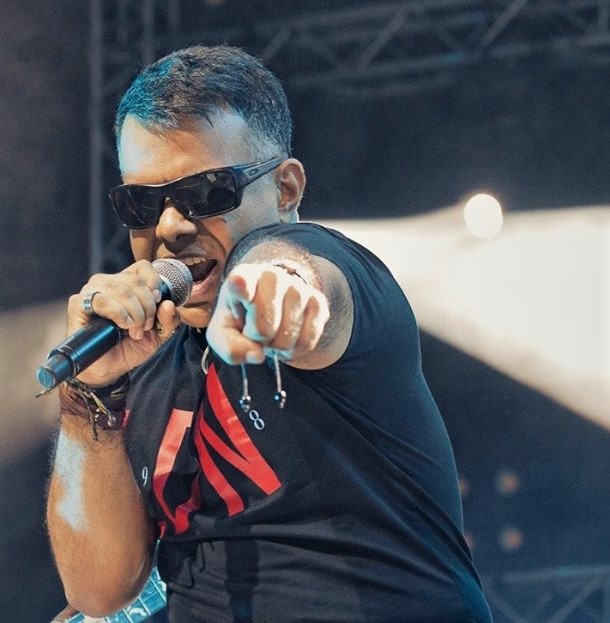 The fundraising campaign's initial target of $20,000 was raised to $75000 due to the increase in appeals and the overwhelming support for the campaign.

As of now, SGD 58,385 has been raised along with some very generous and positive comments and the campaign is on until June 30, 2020.

Bandwidth is a Singapore-based cover band that has, for the last 16 years, been having concerts in Singapore playing their signature ‘Bollywood Rock’ (cover versions of Classic Rock as well as music from Hindi movies from the 1960s to the 2000s) to audiences of between 1500 and 2000 people.

@Bandwidthbollywoodrock connects with their audience through music that spans many generations from Pink Floyd to Maroon 5, Led Zeppelin to Green day, RD Burman to Shankar Ehsan Loy, and AR Rahman. 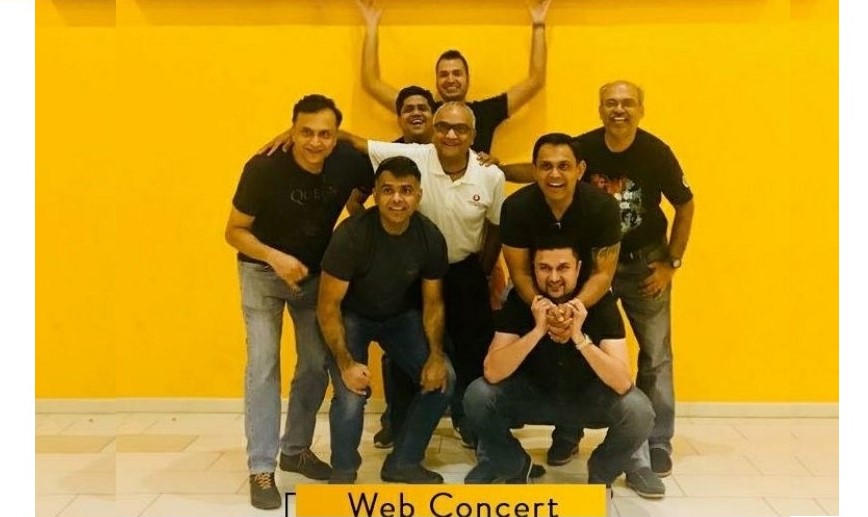 Teamwork Productions is a team of passionate women who have been organising live events, curating festivals, concerts, shows, theatre productions, stand up comedy, fundraisers and corporate events for over the last 19 years in Singapore, SEA and Dubai.

Ray of Hope is a registered crowdfunding charity and a member of the National Council of Social Services. 100% of all their campaigns are stringently verified, so donated funds go directly to real people with real needs.

Ray of Hope doesn't take a cut from the funds and takes donor accountability very seriously – with yearly audited accounts and strong governance in place - to ensure that donations are properly channeled to the beneficiaries.

Bandwidth – Apart yet Together, is a live event with songs recorded while in lockdown and all the funds generated through this event went to the above cause.

The 60-minute web concert on 24th May, saw Bandwidth playing some of their popular songs. The audience also got to hear an in-conversation with the band on their journey, background of the campaign itself, and human stories of the people whom they are trying to help.

With the help of Ray of Hope, Bandwidth and Teamwork hope to continue to raise funds to help these individuals and families tide over this crisis, after the concert as well.