SES win over Melbourne gives them hope of advancing to semis

The rain failed to dampen the spirits of the Singapore Emerging Stars (SES), as the local team defeated Melbourne Cricket Club in a shortened match to enhance their chances of reaching the knockout stage at the Indian Association Ground in Singapore. 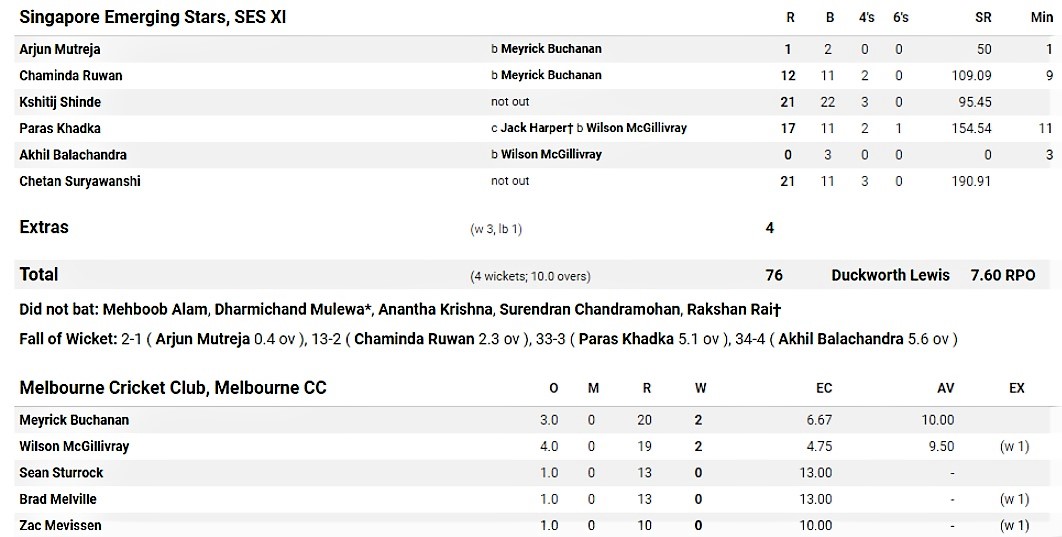 SES won the toss and elected to bat first, but a downpour after 10 overs had been bowled led to the early cessation of their innings. Thanks to a quickfire 21 off 11 balls from captain Chetan Suryawanshi, the local team reached 76/4 in the 10 overs. Wilson McGillivray with figures of 2/19 was Melbourne’s most successful bowler. 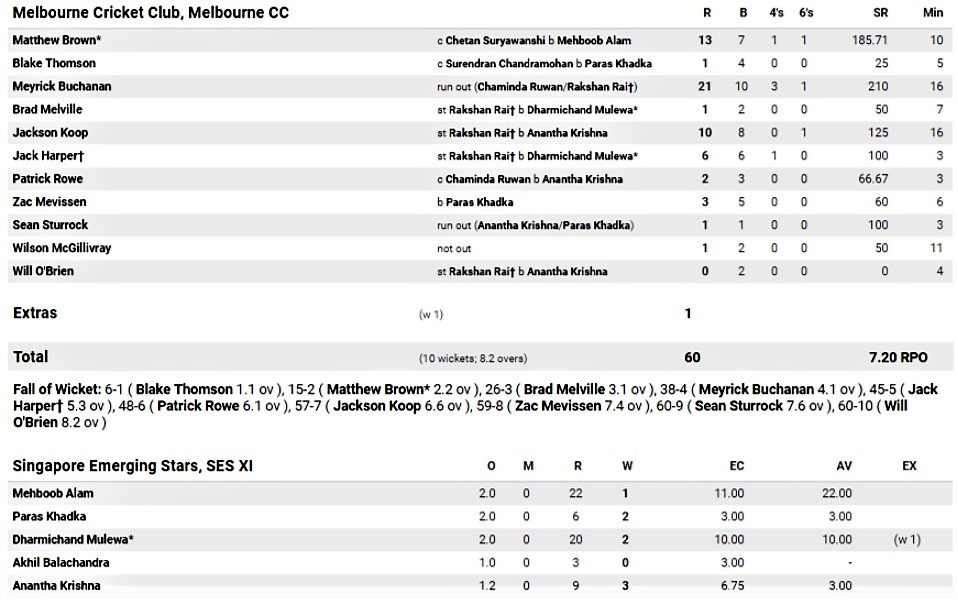 With the match being reduced to 10 overs a side, Melbourne were set a revised target of 90 in 10 overs, but suffered a batting collapse to be bowled out for 60, falling 29 runs short. Anantha Krishna took three wickets for nine runs in eight balls to trigger the fall of wickets, while Nepal national team captain Paras Khadka bagged two wickets for six runs to earn the man of the match award. 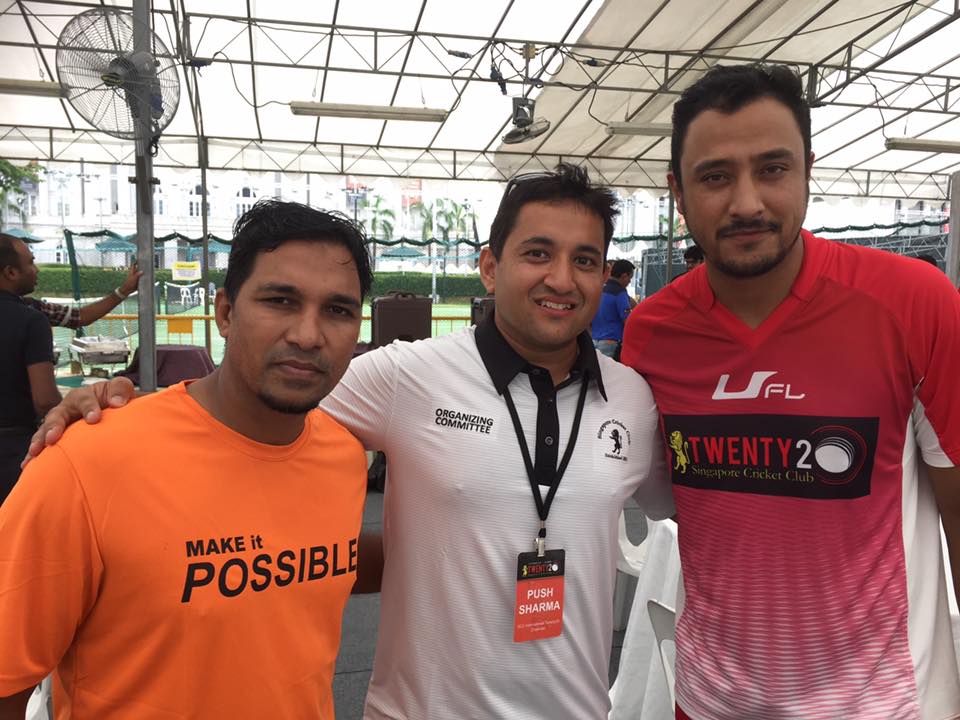 SES will take the second spot in Group B if they win their final match against Kowloon Cricket Club, with it coming down to comparing run rates between three teams if they lose. Melbourne have to hope that Kowloon defeat SES so that the Australian team can advance due to their higher net run rate.