In a move that is set to bring major relief to foreign fund owners, a Securities and Exchange Board of India (SEBI) appointed panel has suggested relaxing foreign portfolio investor (FPI) norms restricting Non-resident Indians (NRIs) and overseas citizens of India from holding more than a five per cent stake in FPI funds. 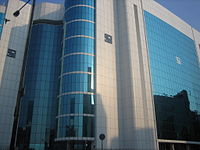 The panel in its interim report said there should not be a restriction on NRIs to manage non-investing FPIs or SEBI-registered offshore funds. Photo courtesy: Wikimedia

Experts said the panel has addressed all the major concerns raised by investors but the issue of identifying high-risk jurisdictions is still hanging.

The panel in its interim report said there should not be a restriction on NRIs to manage non-investing FPIs or SEBI-registered offshore funds. NRIs will be allowed to invest as foreign portfolio investors (FPIs) if the single holding is under 25 per cent and group holding is under 50 per cent in a fund.

The panel has recommended that the beneficial ownership (BO) norms mentioned in the circular would only be applicable for KYC purposes, and not for determining the ownership of a fund.

“It is broadly the thinking of the group that the BO (beneficial ownership) criteria should be made applicable only for KYC and not as eligibility criteria for FPIs, including NRI, PIO and RIs,” said the panel.

According to experts, the recommendations made by the panel will ease some of the major concerns raised by foreign investors regarding the April circular which would have hit as much as USD75 billion of FPI assets in India.

“NRIs, OCIs and RIs can be beneficial owner of an FPI, subject to single NRI/OCI/RI holding is below 25 percent of the asset under management of FPI and aggregate holding is below 50 percent of assets under management,” the report said. It also suggested that there should be no restrictions on PIOs as the designation has also been done away in the Foreign Exchange MAnagement Act (FEMA).

Experts feel that though the panel has addressed all the major issues, some operational issues like enhanced KYC for foreign funds will continue to pose challenges.

Amid concerns in some quarters that several foreign funds, including those managed and owned by non-resident Indians (NRIs) and persons of Indian origin (PIOs) could face difficulties in meeting the new norms even within the extended deadline of December, the panel suggested several changes on the basis of inputs from the finance ministry and industry representatives.

Another key takeaway from the report is the exemption given to PIOs from controlling an FPI. The April 10 circular had said no PIO could control an FPI. However, since PIOs are citizens of other countries, Sebi has brought them on a par with foreign nationals in terms of FPI ownership.