US guided-missile destroyer USS John S McCain collided with a merchant vessel near the Singapore Strait today, according to a statement updated at 12.10pm Japan Standard Time (JST) released by US 7th Fleet Public Affairs from its Yokosuka headquarters in Japan. 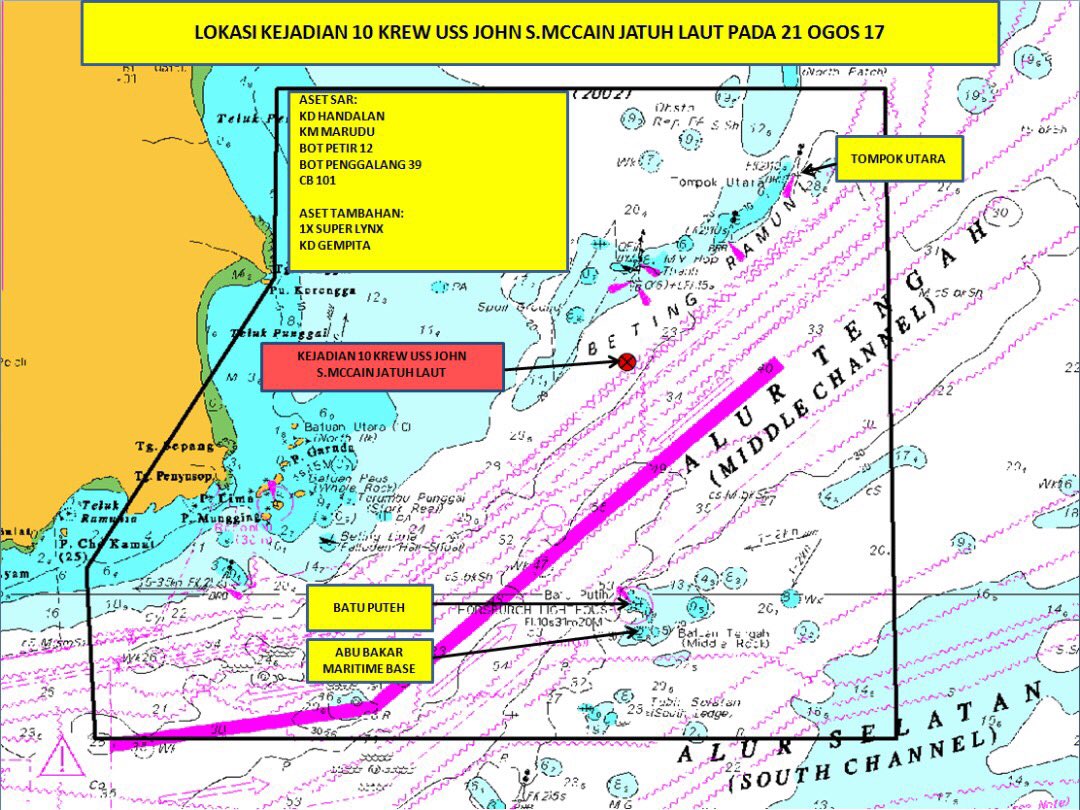 The warship USS John S McCain (DDG 56) was involved in a collision with the merchant vessel Alnic MC while underway east of the Straits of Malacca and Singapore in South China Sea.

"There are currently 10 sailors missing and five injured. Four of the injured were medically evacuated by a Republic of Singapore Navy Puma helicopter to a hospital in Singapore for non-life threatening injuries. The fifth injured Sailor does not require further medical attention. The collision was reported at 6:24 am Japan Standard Time, while the ship was transiting to a routine port visit in Singapore," it said.

The ship is currently sailing under its own power and heading to Changi Naval Base. At this point, no fuel or oil is visible on the water’s surface near the ship. Search and rescue efforts are underway in coordination with local authorities.

Additional MH-60S helicopter and MV-22 Osprey expected to arrive soon. Ship sailing under its own power and heading to Changi Naval Base.

Two Singapore Navy warships have been deployed to assist the USS John S McCain, which was transiting to a routine port visit in Singapore when the collision happened. The Republic of Singapore Navy Fearless-class patrol vessel RSS Gallant and RSS Resilience, RSN helicopters, the Singapore Police Coast Guard vessel Basking Shark, and tugboats are also aiding the US warship. 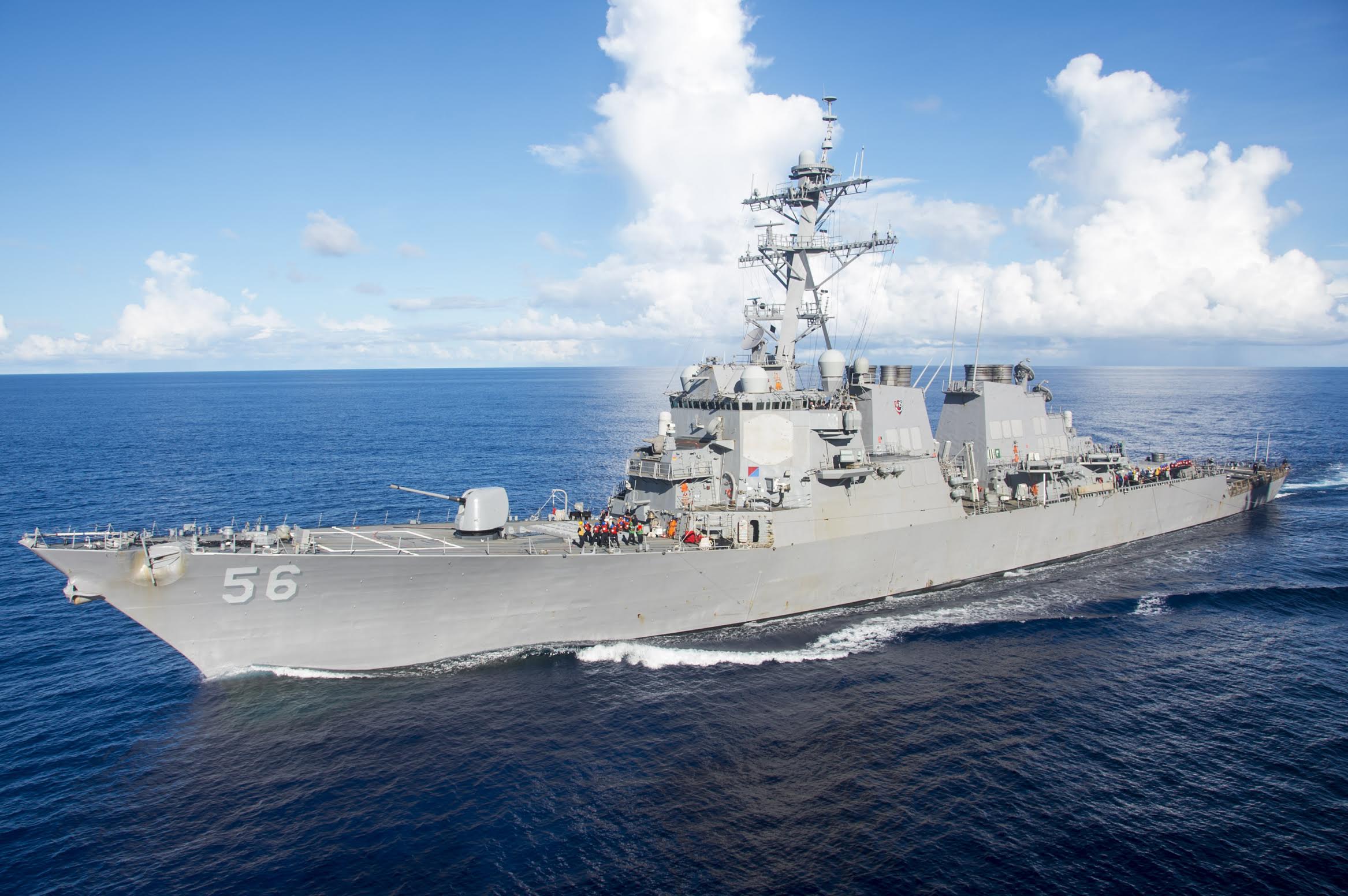 The US Navy has also sent its V-22 Osprey aircraft and Sikorsky SH-60 Seahawk helicopters from the amphibious assault ship USS America to assist the warship.

The warship sustained damage to the left side of its hull, towards the rear, according to a report by Todayonline. After the collision, it sailed under its own power, heading to the port.

The USS John S McCain is based in Yokosuka, Japan. The warship was last on patrol in the South China Sea in support of security and stability in the Indo-Asia-Pacific region, according to a Facebook post on August 19.