The time to get recognised for all your hard work as an outstanding Indian entrepreneur in Singapore is finally here.

Singapore Indian Chamber of Commerce & Industry (SICCI) is inviting nominations for its Annual Entrepreneur Awards from now till September 23.

The awards will be held in conjunction with SICCI’s 95th Anniversary Gala Dinner. Deputy Prime Minister and Finance Minister, Heng Swee Keat, will be the guest of honour at the event.

Nominations kicked off Monday, July 22, with the official launch of the awards at the Marina Mandarin Hotel. The awards will be presented in a glitzy ceremony on November 9, 2019, at the Marina Bay Sands (MBS).

(From left) SICCI chief executive Kumaran Barathan, SICCI chairman T. Chandroo, and organising chairman and SICCI board director Parthiban Murugaiyan took questions from the press at the launch of SICCI's Annual Entrepreneur Awards on Monday, July 22. The Awards were launched in 2004 to recognise outstanding Indian entrepreneurs and inspire Singaporean Indians to get on the entrepreneurship path. Photo: SICCI

The awards are open to Singapore citizens or permanent residents with Indian origin. The individual needs to own at least 30 per cent share in a Singapore-registered business and be actively involved in the management of said business for a given period of time.

“The SICCI is proud to have achieved this historic milestone of leading the Indian business community for 95 years,” said Dr T. Chandroo, Chairman, SICCI.

“The awards are one way in which we showcase Indian entrepreneurship at its best. It continues a tradition of entrepreneurship which Indians the world over can be proud of. We hope it inspires our young to continue this worthy tradition,” he added.

Launched in 2004, the SICCI Entrepreneur Awards recognise outstanding Indian entrepreneurs and aim to inspire Singaporean Indians to get on the entrepreneurship path. 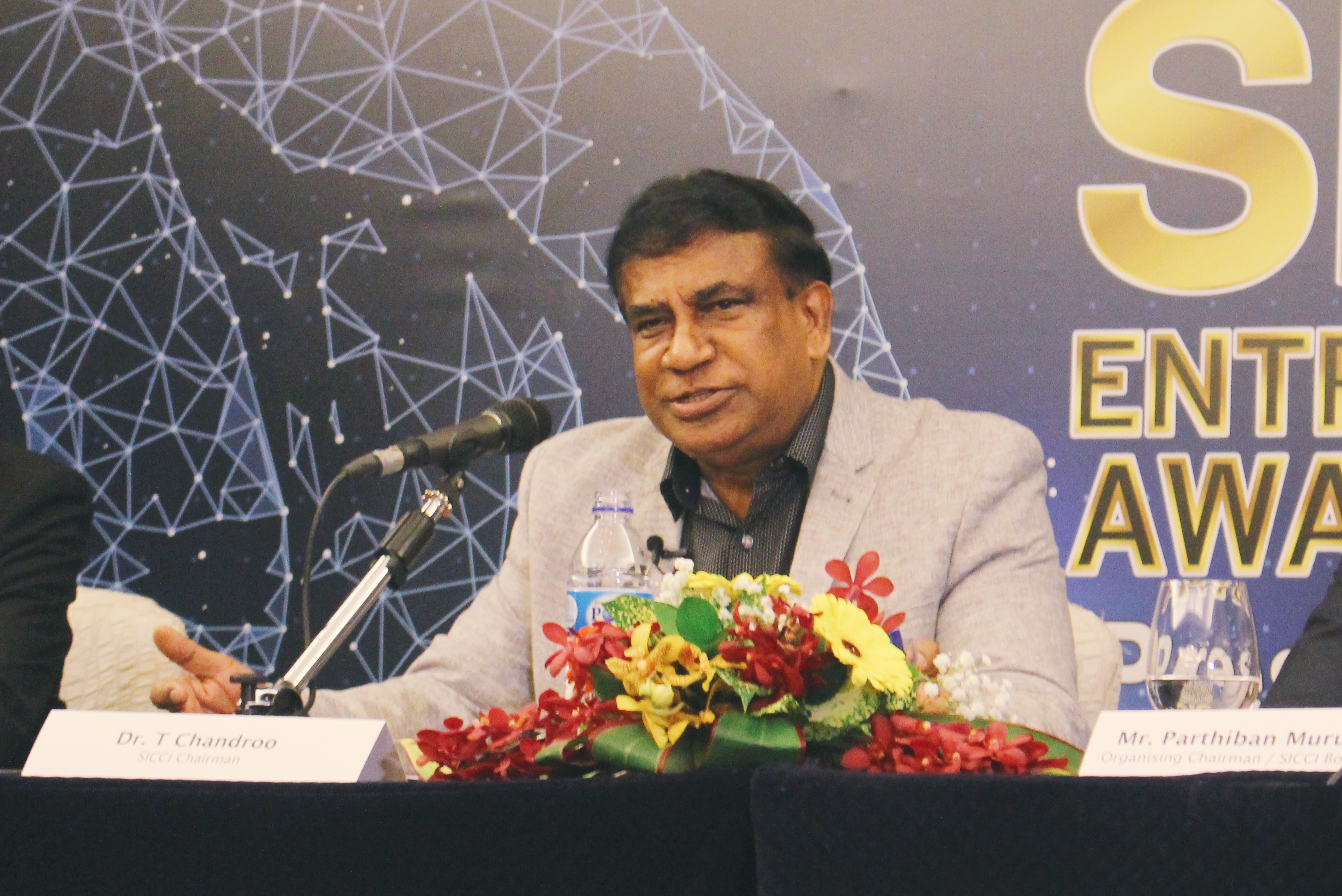 In line with SICCI’s push to embrace digital technologies and align with Singapore’s Smart Nation agenda, applications can now be made online through SICCI’s website.

The Best Innovation and Technology Award recognises small and medium enterprises (SMEs) who have embraced digitalisation and applied innovative technologies to bring about unique solutions. The Global Presence Award will be targeted at entrepreneurs who have successfully ventured abroad. Lastly, the Excellence in Corporate Social Responsibility award seeks to encourage Indian businesses to, alongside their business achievements, uplift the plight of the less fortunate in their communities and beyond.

A panel of distinguished judges will be taking the call on the recipients of the awards.

“The awards endorses and shows the best Indian entrepreneurs in Singapore, where there is an opportunity for them to grow further, to be recognised and to have more business opportunities, which is a key focus of the SICCI,” said Mr K Barathan, CEO, SICCI.