Scoot to add five new destinations by June 2018, including a long-haul to USA

Scoot, the budget wing of Singapore Airlines (SIA), will be adding five new destinations to its network by June 2018, according to a report by Todayonline. It also aims to double its fleet size over the next five years.

The four short- to mid-haul routes include Harbin in China, Kuantan and Kuching in Malaysia and Palembang in Indonesia. The flights to Kuching and Palembang are currently under SIA's regional wing SilkAir, and will be taken over by Scoot.

The budget airline will also launching its maiden flight to the United States, a long-haul route to Honolulu. 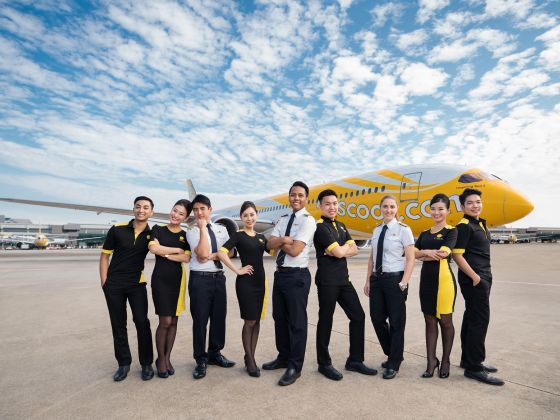 Scoot chief executive Lee Lik Hsin said that the airline is on an “aggressive growth path.” More new routes to the US and Europe are being “carefully considered.”

He added that while Scoot will continue to expand its long-haul routes, "the bulk of the resources will still be (focused) on Asia."

When asked about jobs at Scoot, Lee said that, “We will be doubling our fleet size over the next five years. We will need every pair of hands and even more."

“We are stronger than we have ever been before, and consequently in an even better position to offer our guests more choice, connectivity and value. The enhanced Scoot that we are introducing today is spunky and sassy, and promises to create more travel opportunities for our guests,” Mr Lee added.