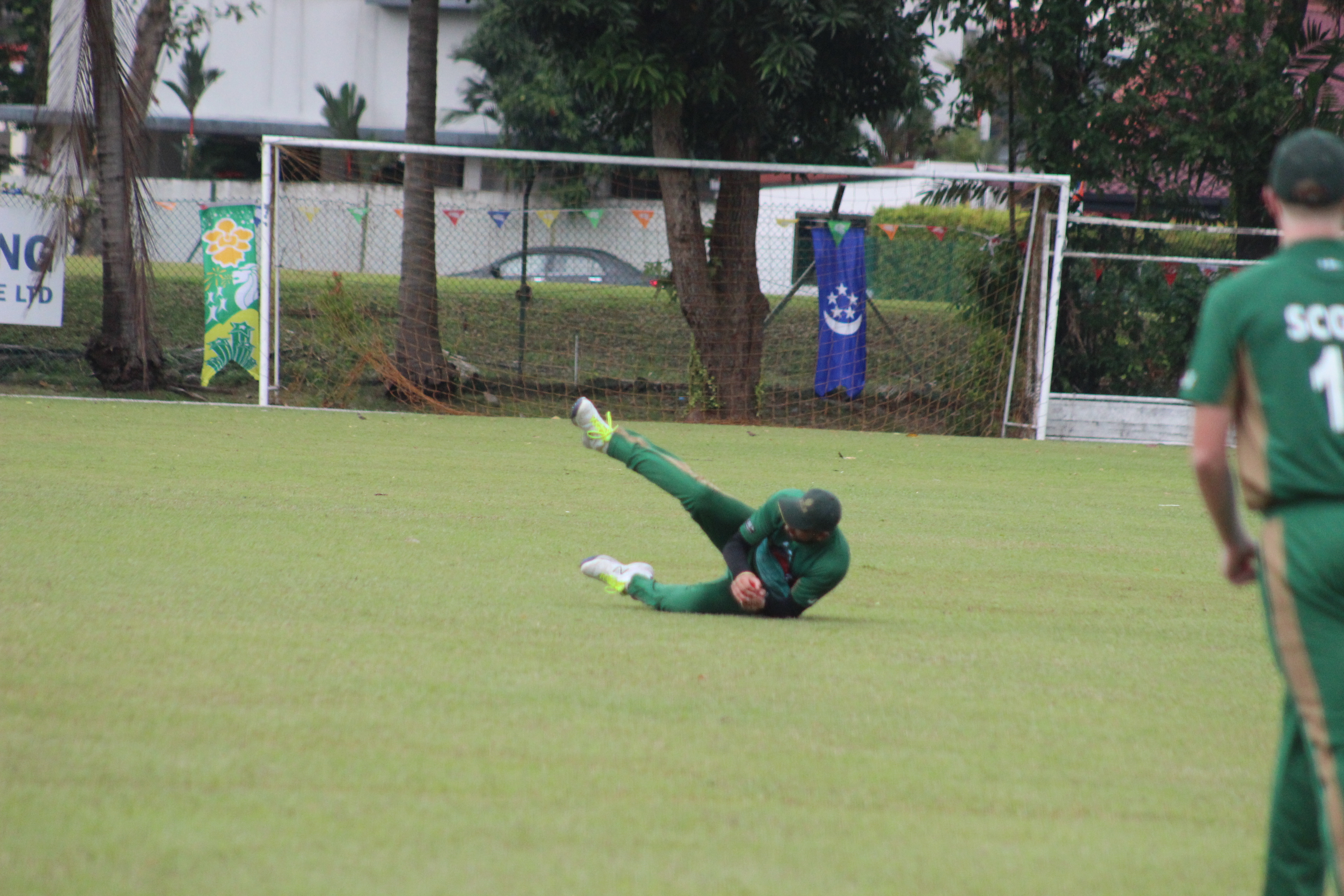 First-time participants Sydney Cricket Ground XI (SCG XI) announced their arrival in Singapore with a bang with their second victory in Group A in the 5th International SCC T20 2017 at the Indian Association Ground in Singapore. After their latest win over Rowlin National Cricket Academy, the Australian team have guaranteed themselves a slot in the semi-finals.

As rain delayed the start of play and with the light fading, the match was shortened to 10-overs a side. Rowlin won the toss and put SCG in to bat. Thanks to a blistering unbeaten 85 off 40 balls from man of the match James Crosthwaite, SCG scored 131 in their 10 overs, only losing Simon Keen. Rowlin’s bowlers failed to contain the opposing side.

While chasing, Rowlin scored runs quickly but kept losing wickets at regular intervals, finishing at 103/8 when the overs ran out. Ulrich van Dyker topscored with 23 off 15 deliveries, while SCG bowlers Daya Singh and Simon Keen returned with figures of 3/19 and 3/26 in their allotted two overs respectively. 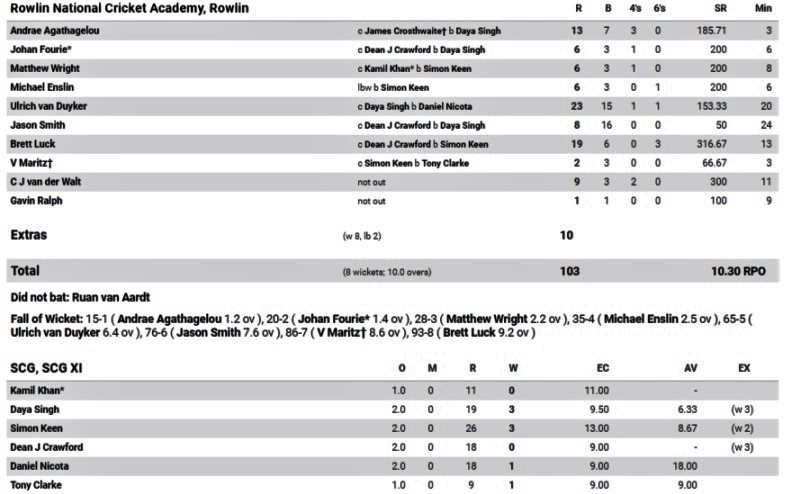 SCG sit on top of Group A, with Madras Cricket Club in second after their win earlier today. Rowlin are almost certainly out of the running after their two losses today, and SCC’s earlier massive loss to SCG means they are at the bottom.