Notably, the PWS siren is sounded at 6.20 pm on February 15 to mark the time the British surrendered to Japanese Imperial Forces in 1942. 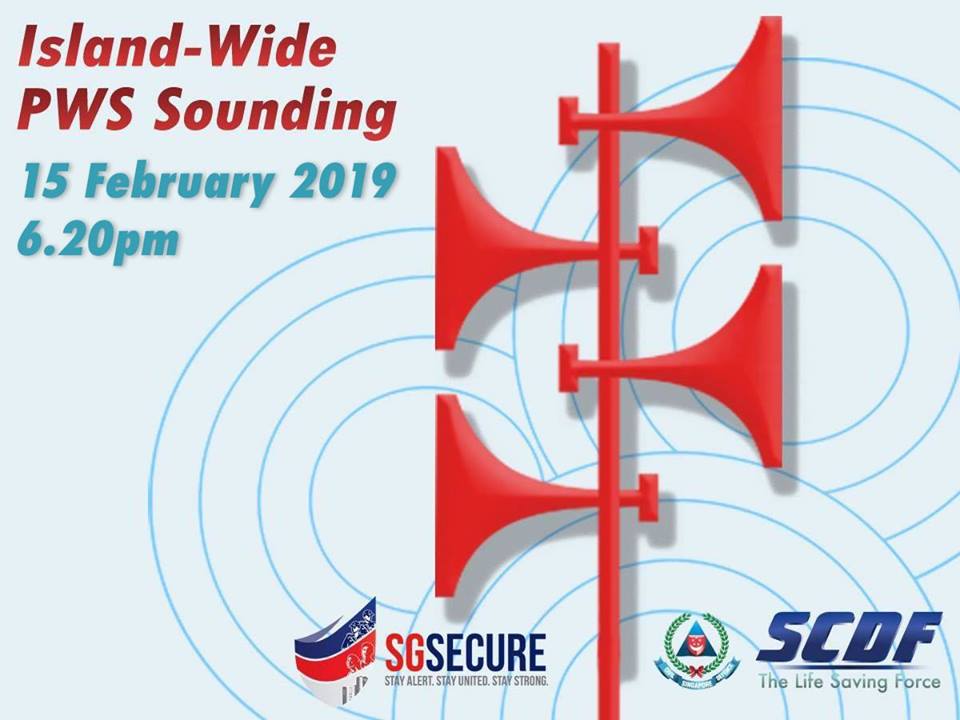 “The PWS sounding serves to give due significance and remembrance to this historical moment,” said SCDF in a media release.

SCDF has advised the people to not be alarmed by the minute-long sounding exercise.

The signal will also sound for all smartphones that have the SGSecure mobile app downloaded and are not on silent or vibration mode.

This signal will stop once the message is acknowledged or cease after 20 seconds. This will be followed by a brief text on the PWS sounding.

When the signal is sounded, members of the public can immediately tune in to any local radio station or listen to a brief message on the PWS.

🔊 Powww -- Powww -- Powww 🔊 That’s the familiar Public Warning System (PWS) signal you would hear island-wide on every 15th February and 15th September. But do you wonder where these sounds actually come from? 🤔 Watch the video to get an exclusive behind-the-scenes look at the making of the SCDF PWS signals. You can also find out more about the PWS by visiting https://bit.ly/2BDFvmD

The Public Warning System (PWS) is a network of sirens that the SCDF has placed at strategic points throughout the island. The purpose of this system is to warn the public of imminent threats that could endanger lives and property including warning of attacks from the air, land or sea, as well as natural and other man-made disasters.

In addition to the conveying of ‘Important Message’ signal, there are two more signals— ‘Alarm’ and ‘All Clear’. Alarm signal is given to the people when air raid or shelling is imminent, and they should move to a shelter immediately.

However, the ‘All Clear’ signal is sounded when threat is over. 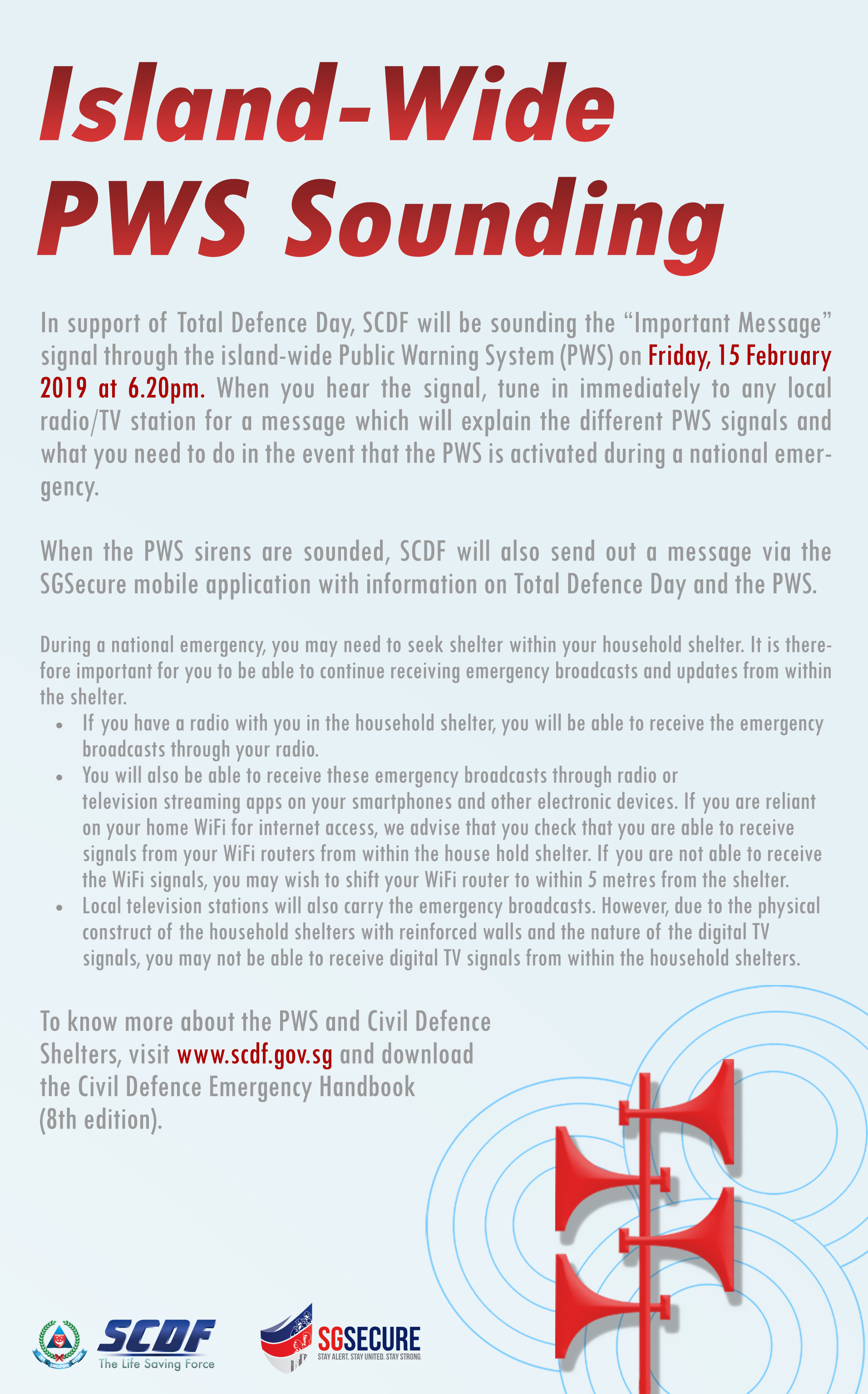 “The annual sounding and radio broadcast message are part of the SCDF's continuous efforts to familiarise the public with the PWS signals and to raise awareness on how the public should react upon hearing the signal,” said SCDF.