A record has been created as Santheesh Kumar has become the 125th Indian national to win  USD1 million in the Dubai Duty Free raffle draw.

The lucky Indian lives in Dubai. He had ticket number 0802 of Series 264 which made him a millionaire. 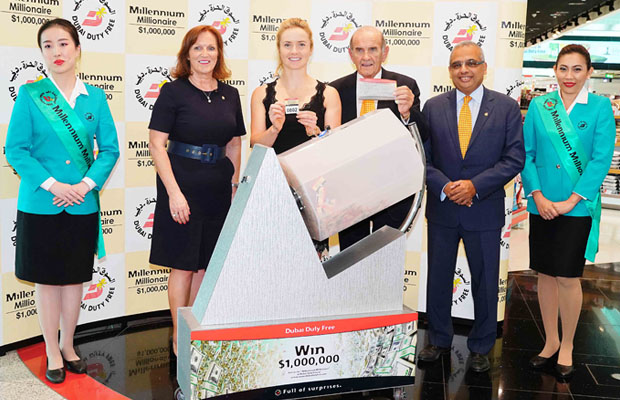 Kayingil Mohamed Kutty, a 64-year old Keralite based in Sharjah, won a BMW 640i Gran Turismo (Jucaro Beige) in Series 1678 with ticket number 1241 which he purchased online.

Kutty, owner of Babaas Holding FZE based in Sharjah, is a regular participant to Dubai Duty Free Finest Surprise and Millennium Millionaire Promotions for the past three years and thankful that his perseverance has paid off.

Another Indian expat from Dubai, Rejani Siby won a BMW S 1000 RR motorbike in Series 328 with ticket number 0232. She hails from Kerala and works as a school bus conductor for Dubai Taxi Corporation and couldn’t believe that her first ever ticket to the promotion was picked out at today’s draw.