Singapore Technologies Engineering (ST Engineering) will be producing and supplying the Next Generation Armoured Fighting Vehicle (AFV) for the Singapore Armed Forces.

In a press release issued on Wednesday (March 22), the Singapore Ministry of Defence (Mindef).said the Next Generation AFV will replace the ULTRA M113 AFV which has been in service since the early 1970s. 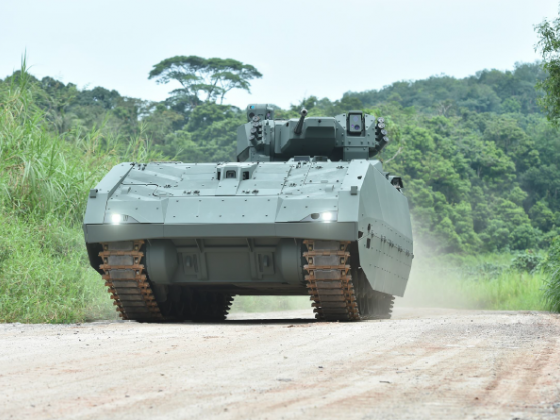 It will be the mainstay of the Singapore Armed Forces’ (SAF) mechanised forces, operating alongside the Bionix Infantry Fighting Vehicle.

According to a factsheet issued by Mindef, the new AFV will weigh 29 tonnes, carry up to 11 soldiers and travel at a maximum speed of 70km per hour. It can also travel up to 500km on a full tank of fuel.

“The Next Generation AFV will provide our armoured forces with enhanced firepower, protection, mobility and situational awareness,” added Mindef.

Mindef had started development of the new AFV in 2006 together with the Defence Science and Technology Agency, and the local defence industry. The delivery will begin in 2019.