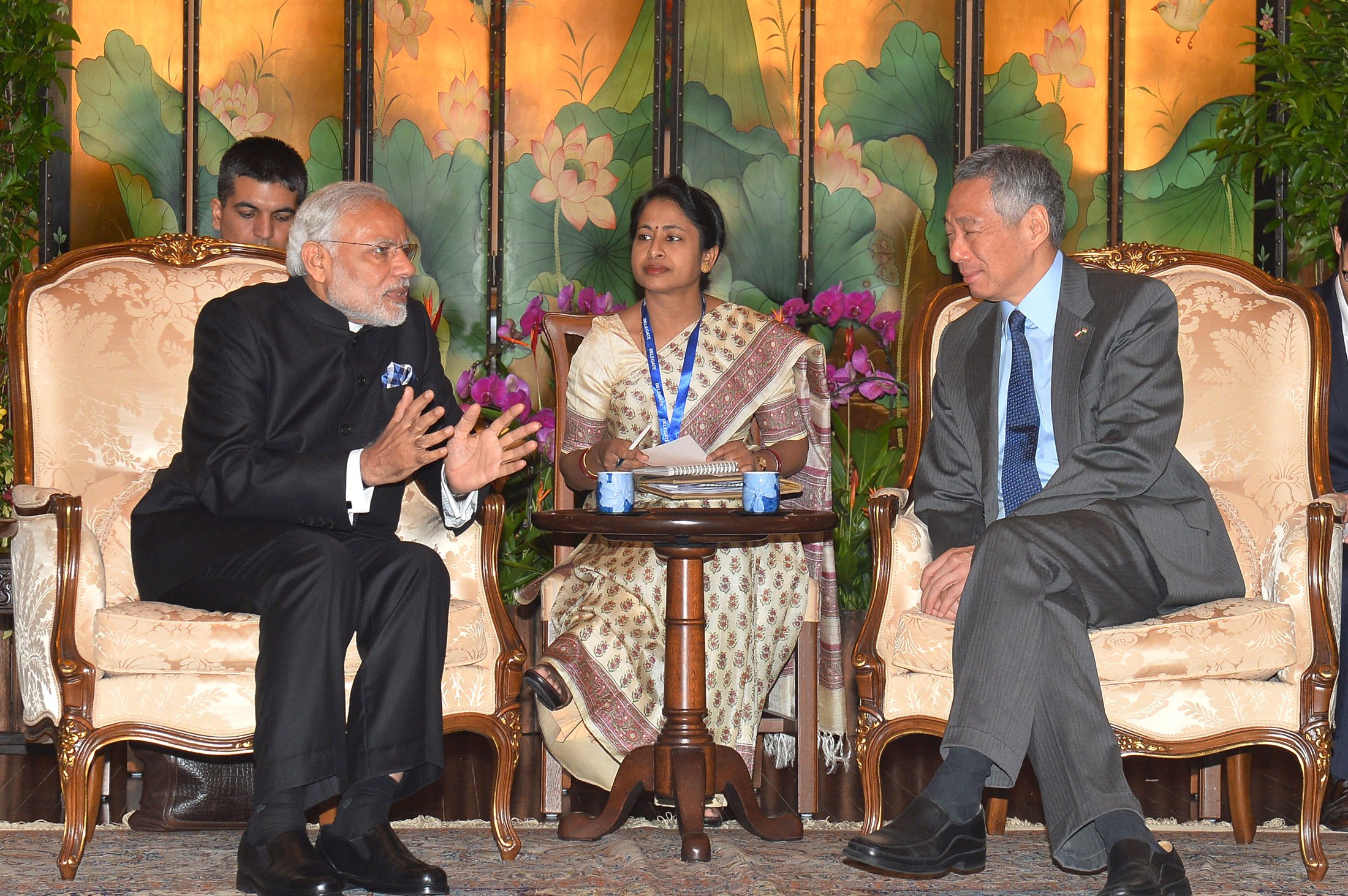 Capping year-long events celebrating 25 years of ASEAN-India partnership, the Singapore Pravasi Bharatiya Divas (PBD) from January 6-7, 2018 and the New Delhi ASEAN-India Summit on January 25-26, 2018 both focused on fintech and developing new digital payment gateways across the region. Singapore’s rigorous system of cashless transactions ensured it was featured prominently in all discussions on the topic.

The transactions would be hosted by Indian government’s National Payments Corporation of India (NPCI) — an umbrella organisation for all retail payment systems in India — with its RuPay cards and Singapore’s equivalent system, Network for Electronic Transfers (NETS). Both governments envision that once the handshake between NPCI and NETS happen, Indians can carry out transactions in the island nation with RuPay cards. Similarly, a press release from NETS states Singapore shoppers will be able to pay for goods and services on popular Indian e-commerce websites via NETS-powered digital cards.

India and Singapore "Stepping into the Future",a business and community event will be held on 31 May 2018 at Marina Bay Sands, Singapore. All are welcome to share your experience on social media by using #MODISG2018 . We are listening! #MODISG2018 https://t.co/KbtUYw2o7O pic.twitter.com/QKqvNTClMB

PM Modi is set to reach Singapore on May 31 for a three-day trip on the second leg of his two-nation tour. He arrives in Indonesia on May 29. He is scheduled to meet Singapore PM Lee Hsien Loong during his visit to discuss issues to boost bilateral cooperation.

A memorandum of understanding (MoU) signed between NETS, floated by a consortium of Singapore-based banks but as privately-held company and state-owned NPCI is already in existence since September last year.

The issue of India’s cashless payment sector was prominently featured during the ASEAN-India  Commemorative Summit in January. In a media briefing, Secretary (East) for the Indian government Preeti Saran stated that the leaders of the two nations had discussed expanding RuPay overseas in a bilateral meeting on the summit’s sidelines.

“You would be aware that our Prime Minister has been invited as the Chief Guest for the Shangri-La Dialogue which is the flagship event that takes place in Singapore,” Saran said.

“They did talk about fintech and RuPay. Two proposals regarding India’s RuPay and Singapore’s fintech and how these could decrease the cost of transactions and promote cashless economy, something that Singapore is also working towards,” she added.

A press release issued when the two organisation signed on the MoU sets “mid 2018” as the time to roll out the first phase of the partnership. It would enable an Nets powered digital cards system to become operational so that it can be accepted as a payment option on NPCI’s e-commerce merchants’ websites in India. Similarly “RuPay cards (will) be accepted via QR code payment at all NETS acceptance points in Singapore”.

For India, an acceptance of RuPay card by Singapore is a major stepping stone to the wider acceptance of the Rupee abroad. In the welter of competing digital payments practices sweeping through Asia, making RuPay an important player, is important. China is attempting s similar deal for the Yuan abroad and has the chance to do so on the back of the mega Chinese e-commerce companies. 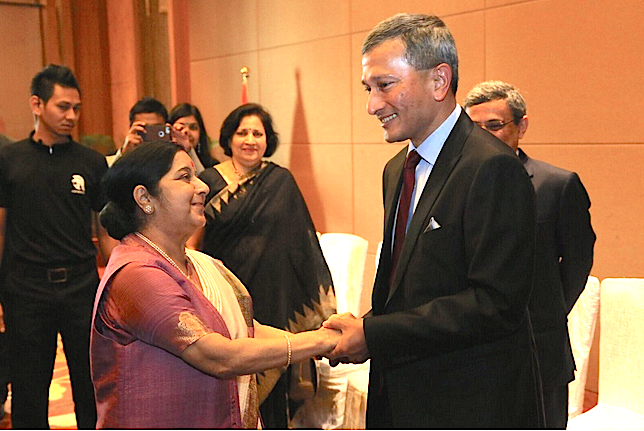 Singapore Foreign Affairs Minister Vivian Balakrishnan in Delhi last year said his country is ready to become RuPay Card's first international partner while praising steps taken by the government such as the promotion of digital payments and use of Aadhaar.

"One area where we hope there will be more interaction between Singapore, ASEAN and India are in this digital arena. We already have commercial projects such as MAS Electronic Payment System (MEPS), an electronic payment system in Singapore similar to RuPay in India. Singapore can serve as RuPay's first overseas market. We can explore connecting our e-payment systems,” he said.

The launch of multiple mobile payment platforms in India by the government and private entities have laid the foundation to expand overseas. However, there are certain issues such as opening up the Aadhaar card system and providing currency exchange information in real-time, that need to be dealt with before putting such a system in place.