The Republic of Singapore Air Force (RSAF) is set to carry out the biggest aerial display in its history during Singapore’s National Day Parade to commemorate its Golden Jubilee. 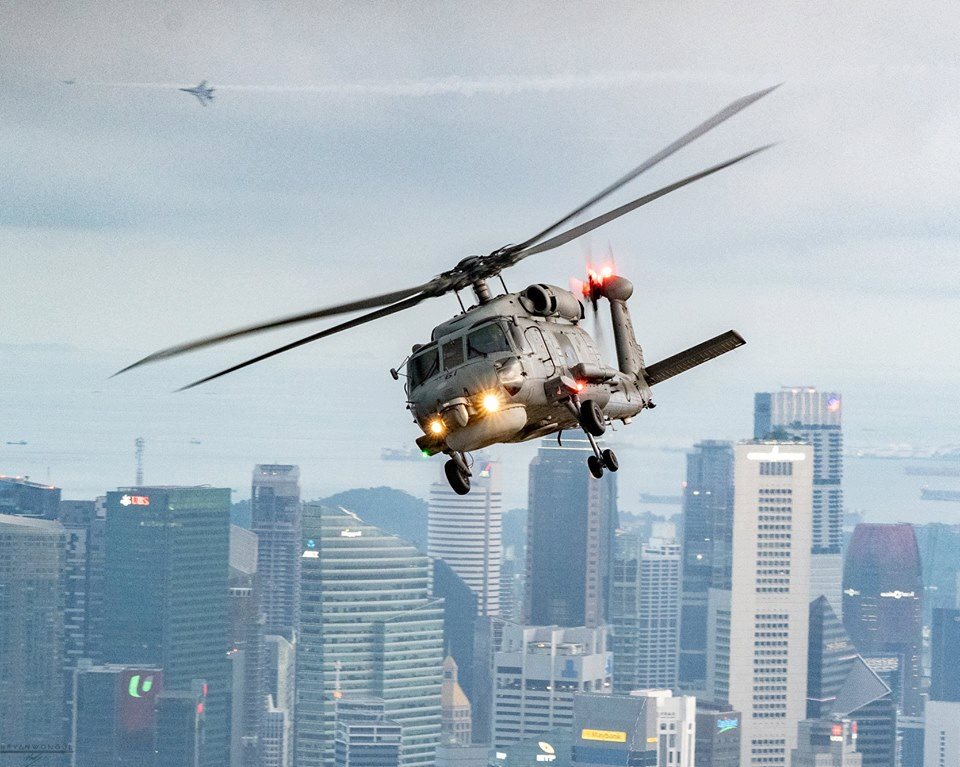 The pair of AH-64D Apaches will add "different display segments" to the show. Photo courtesy: Facebook/@TheRsaf

For the first time, two attack helicopters will be participating in an aerial display over the waters off Marina South this National Day weekend, on August 11 and 12, performing a total of 10 synchronised manoeuvers.

The pair of AH-64D Apaches will add "different display segments" to the show, highlighting the capabilities of the RSAF as a collective whole, said chairman of the flying display committee Lieutenant-Colonel (LTC) Nick Wong.

The 30-minute air show put up by the RSAF to mark its 50th anniversary (RSAF50) is open to the public twice daily, at 10am and 2.30pm, at the Marina Barrage.

A total of 29 aircrafts will be participating in the show, including 25 RSAF assets — 11 F-15SG and F-16s, five transport aircrafts like the C-130s, eight helicopters, including the two AH-64D apaches — and four Singapore Youth Flying Club D40 trainer aircrafts.

"This time we wanted to (achieve) a more impactful show. We wanted to stretch out the show. (Having) new display segments will demonstrate our RSAF's capabilities… in working together as a team," said LTC Wong.

The aerial display will consist of three segments: The sequential flypast, the helicopter and fighter aerial display, and the finale bomb burst. Notably, the bombers will attempt to create a heart shape in the sky with their smoke trails during the show's finale.

The Heron 1 unmanned aerial vehicle (UAV) will also make its debut at such low altitudes. The UAV, which was deployed during the Trump-Kim summit as part of security measures, usually flies at an altitude of around 15,000ft or higher.

Some 40,000 spectators are expected to turn up at the Marina Barrage over the weekend, according to Colonel Kevin Goh, chairman of the RSAF50@Marina Barrage Committee.

More than 2,600 participants, one of the largest ever turn-outs, will participate in this year’s NDP, organisers said.

Singaporeans are encouraged to tag their NDP 2018 social media posts with the hashtags #WeAreSingapore, #NDP2018 and #NDP18.