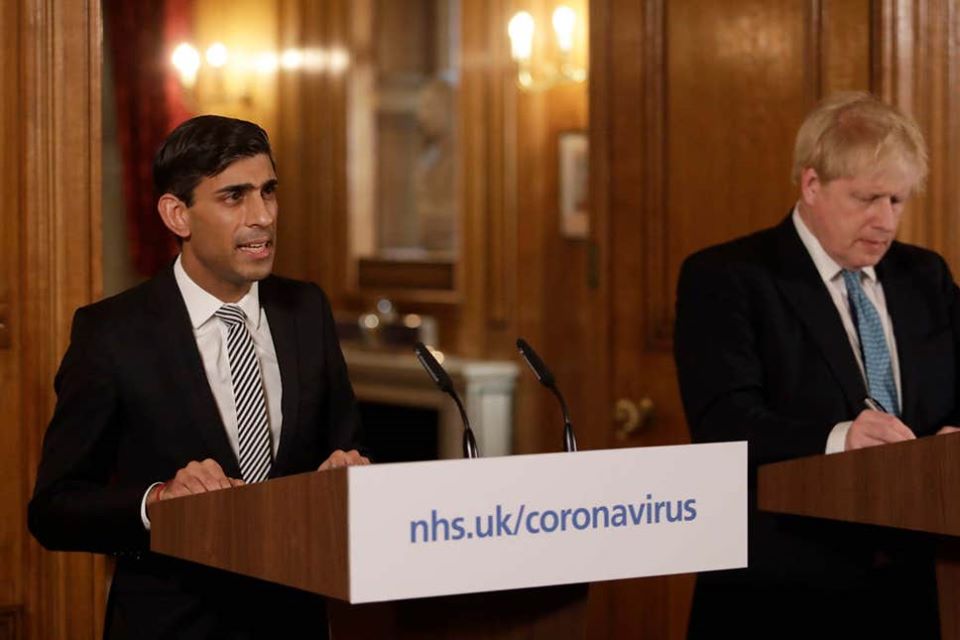 Indian-origin finance minister of the United Kingdom, Rishi Sunak on Tuesday unveiled a USD 400 billion package of loans for virus-hit businesses in the nation.

The announcement follows the previous declaration of 30 billion pound in state aid for firms and individuals affected by the COVID-19 outbreak at last week's budget.

Sunak said the new measures were equivalent to 15 percent of the GDP and were available to "any business that needs access to cash".

The minister also announced extended business rates relief for all firms in the hospitality sector and funding grants of between GBP 10,000 and GBP 25,000 for small businesses.

Mortgage lenders will also offer a three-month holiday for people in financial difficulty due to the virus.

Johnson also announced in Parliament on Wednesday that his government would put forward measures to help protect private renters from eviction. He added that the government will avoid "pass(ing) on the problem" by "taking steps to protect other actors in the economy".

Supermarkets in the UK are introducing limits on purchases to help prevent panic buying and stockpiling.

Like most retailers, we've seen a heightened demand for products in stores and online. From today, customers will ONLY be able to buy up to three of any product across all food items, toiletries and cleaning products. Find out more: https://t.co/5HbDu3eYn9 pic.twitter.com/s69KuL9HzX

Sainsbury's and Asda have both reportedly said that each shopper can only buy three of any particular food item.

Sainsbury's has also said it will prioritise vulnerable and elderly people for online deliveries.

We have listened to feedback from you and from Sainsbury’s colleagues across the country and wanted to share some of the extra steps we are taking to make sure everyone has access to the items that they need pic.twitter.com/jRoCLm6CXt

Asda has said the purchase limit will also apply to cleaning and toiletry products.

Aldi has limited purchases to four items per shopper on all products. Morrisons has said it will expand its online delivery service. Tesco and Boots have set limits on popular items like pasta, tissues and hand sanitiser.