PN Balji’s new book, like his career as a senior journalist in Singapore, walks a tightrope and pushes the grey areas as far as it could.

There is a lot to like in the “Reluctant Editor”. Organised by themes rather than chronologically, ‘Reluctant Editor’ contains unpublished anecdotes about articles published in Singapore newspapers over the years. The book, Balji stressed in his author’s note, is not a memoir and doesn’t pretend to be one.

It documents the history of Singapore’s attitude towards the press and its freedom to report on a city-state that has prospered under the tight control of its administrators. 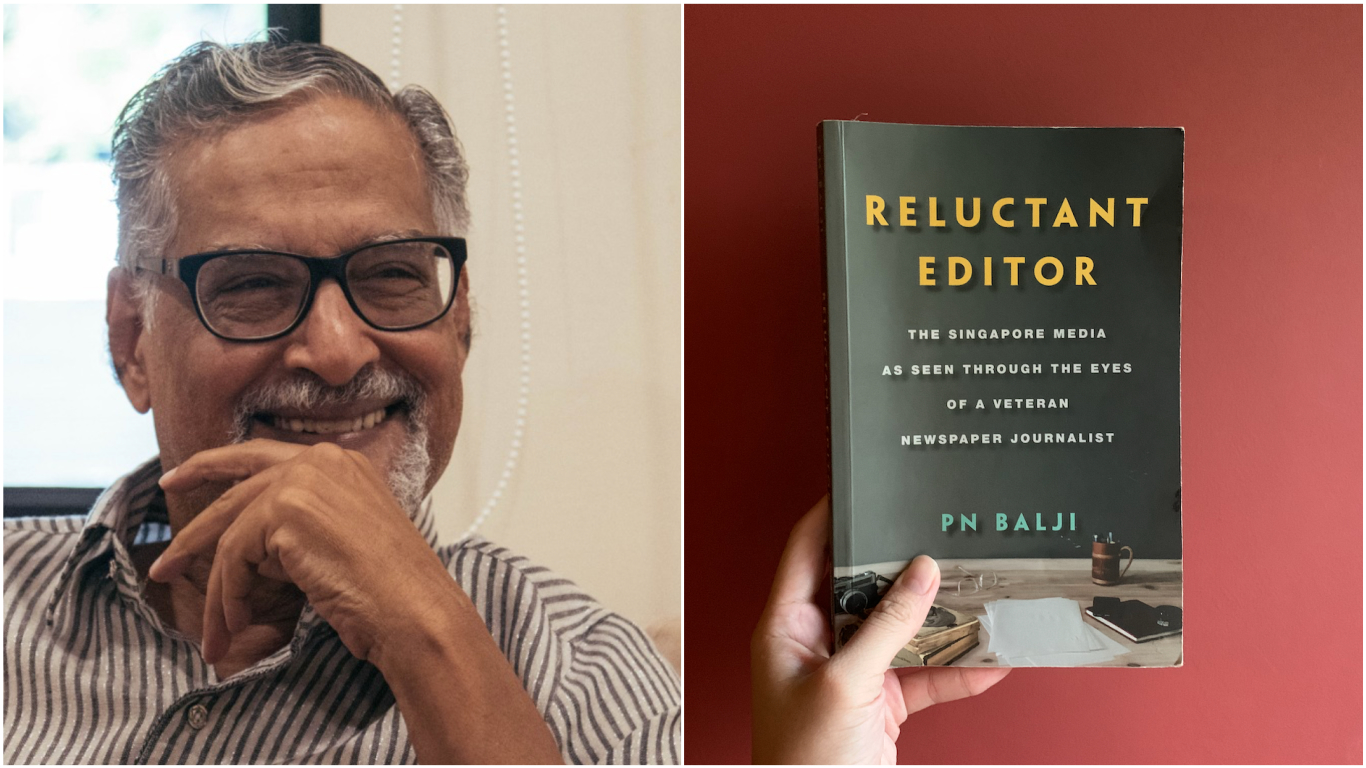 Balji was the editor for a local tabloid The New Paper for almost a decade and the book focuses on a lot of interesting incidents during his tenure. These include wrongly front-paging a story that claimed a former Deputy Prime Minister of the time was arrested for an accident when it was some other drunk driver with the same name.

Launching the book at the warmly lit Huggs-Epigram Coffee Bookshop on Friday, June 14, he shared his reason for embarking on a project like this.

“Journalists and editors don’t write their stories; they take them to their graves,” Balji said. But it is important that they do, so that Singapore as a society knows what these people have done. “There have been journalists and editors who paid a heavy price, or made great sacrifices for their work. But despite that, they believed in drawing a line between government and media, however fuzzy the line.”

A rock-star reception at the book launch

From the overwhelming attendance at the launch, it was clear that Singapore is all ears for these stories. All 200 copies of Reluctant Editor – which included a foreword by by Ambassador-at-large Professor Tommy Koh – were sold out before the event ended. 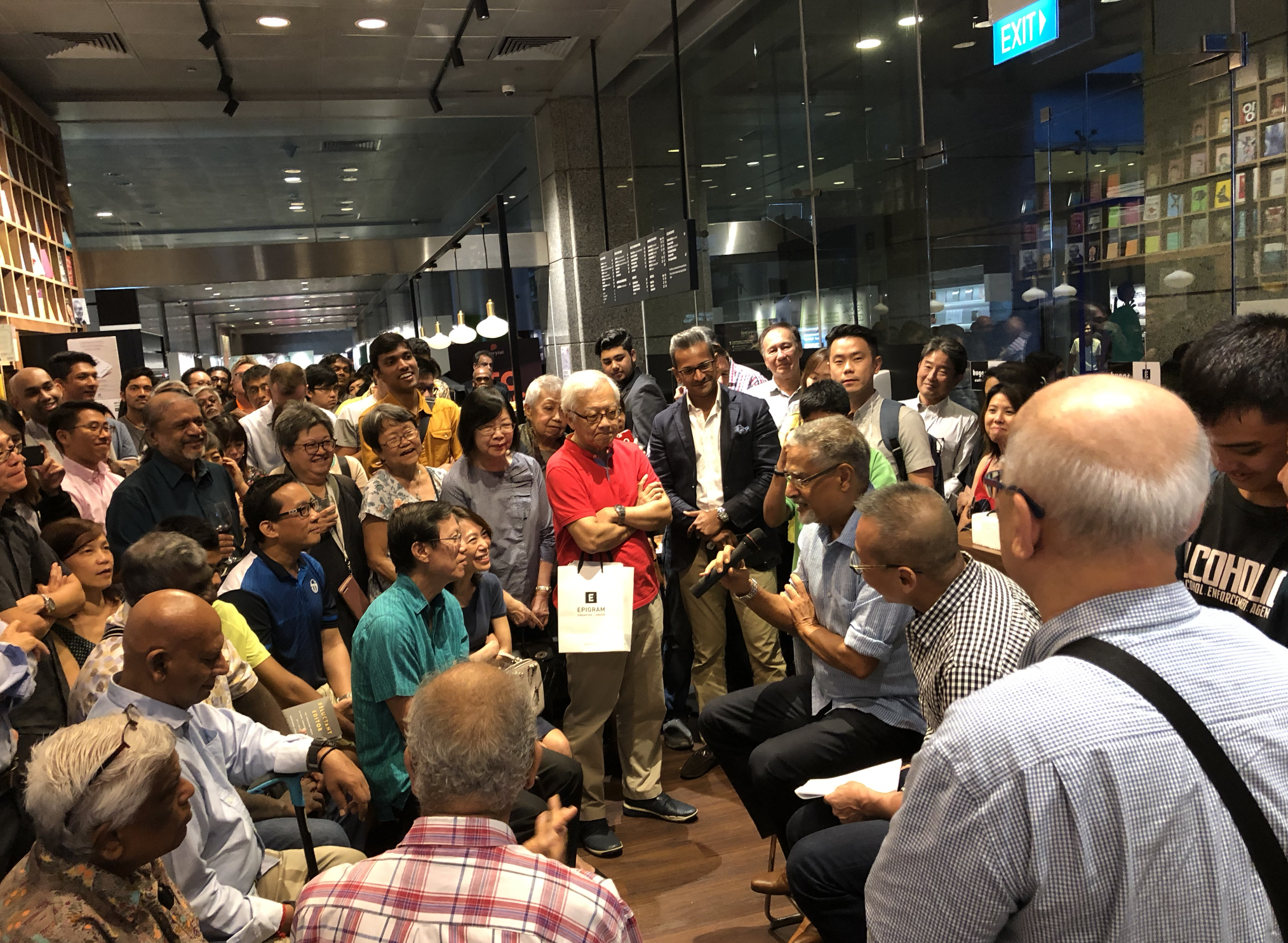 At the Q&A session, Balji tackled difficult questions from Channel NewsAsia's founding editor Woon Tai Ho with flair. Calmly and often with a chuckle, he presented witty and thoughtful answers to the loaded questions – which were not for the faint-hearted. ‘Do you think the government is weary of you? You have worked in both SPH and Mediacorp – which is worse? Do you think this book will get you into trouble legally or politically?’ 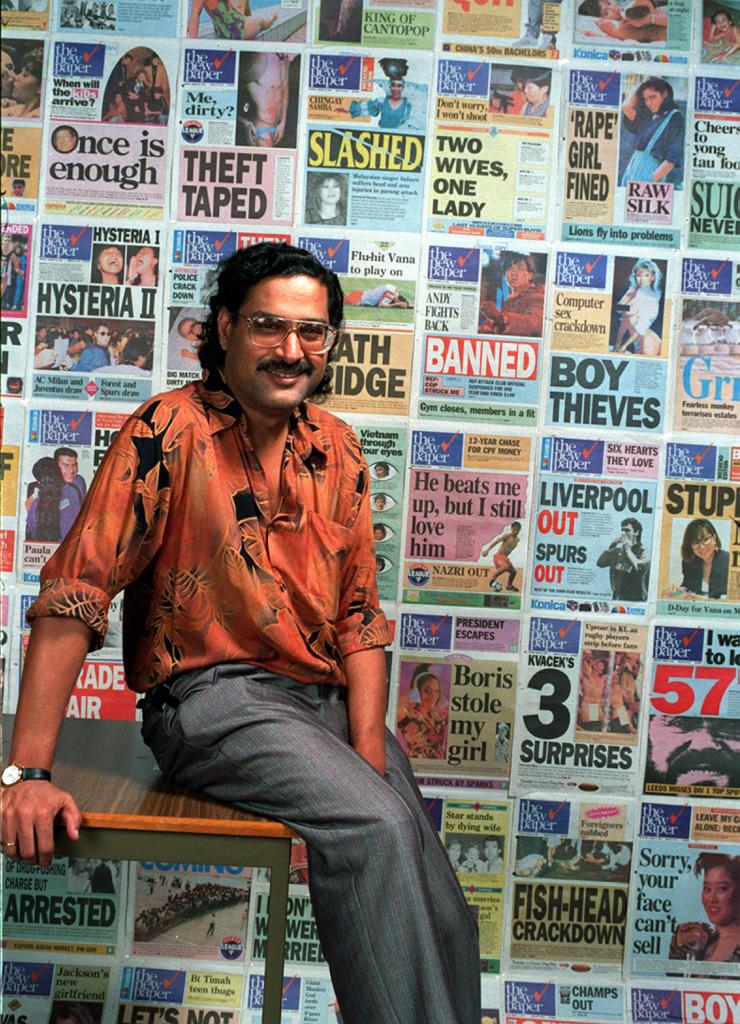 In the same way, in his book, the veteran editor didn’t shy away from difficult and sensitive topics. Having begun his career at the Malay Mail in 1970, the 70-year-old has over the course of his career worked in newsrooms of TODAY, The Straits Times, The New Paper and New Nation. With honest writing, he brought us through the highs and lows of his 40 years of experience in five newsrooms, the mistake he made, the run-ins he had with the powers that be.

The other side of Singapore’s history

While Reluctant Editor is a narrative on the Singapore media landscape of the yesteryears, the stories are closely intertwined with the significant events and issues of the society at large. Many of them, such as self-censorship and the wrestle with authorities, are still significant and relevant today.

In all honesty, this book is not just about the Singapore media. More importantly, it contains lessons on Singapore’s history. Lessons that make colourful what we have learnt in school, from textbooks, from the ‘official sources’. And these are the stories that need to be heard and held. So that in a time of rapid change, when we look back at where we come from, we breathe in the living foundations of the present, and know where to go from here.

Published by Marshall Cavendish, Reluctant Editor is sold at all major bookstores, retailing at SGD 23.