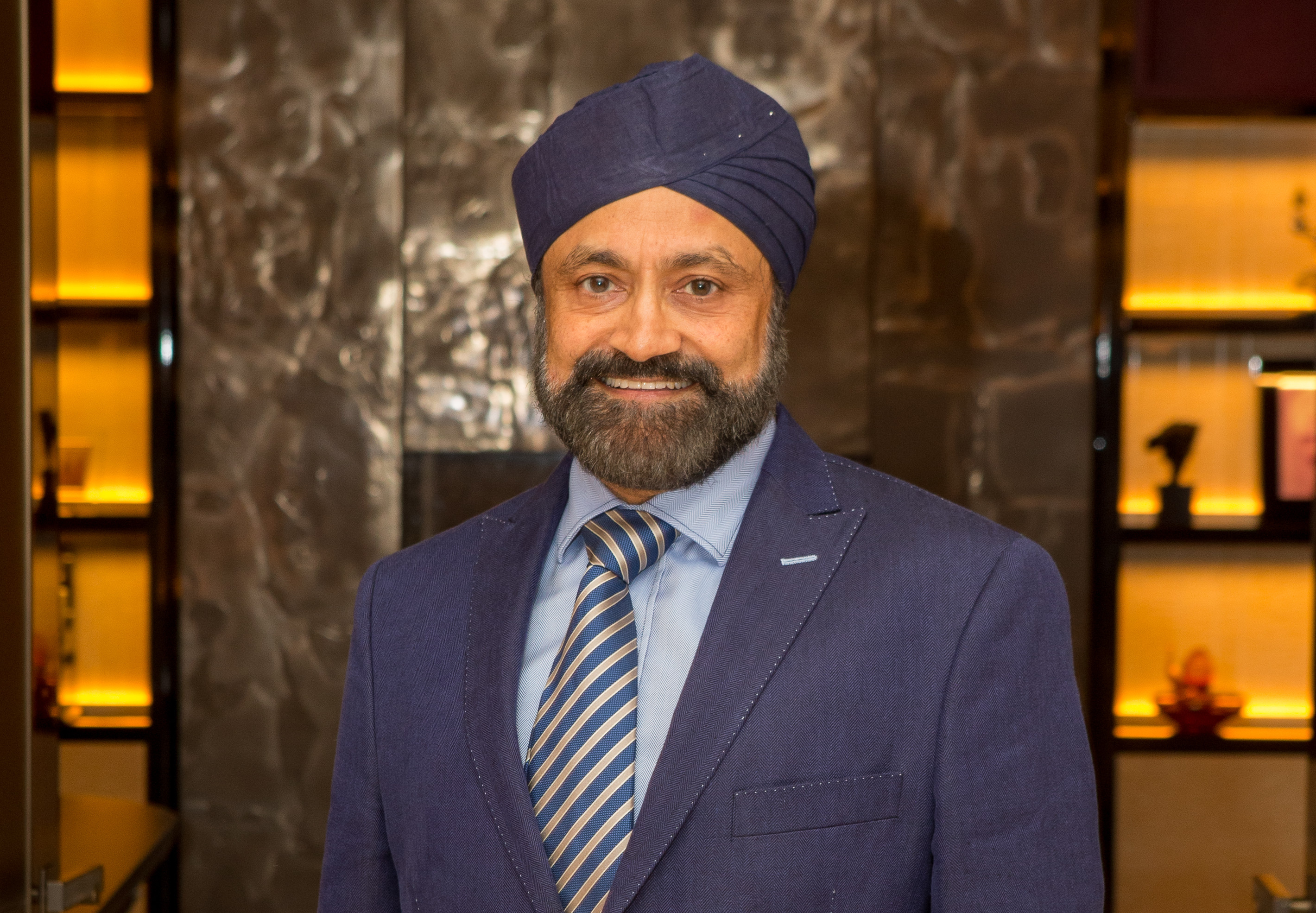 Sukhpal is extremely proud of his heritage, and says it played a central role in who he has become today. Photo courtesy: Wikimedia

The founder and Non-Executive Chairman of real estate, hospitality and asset management company Dominvs Group’s rags-to-riches story is an inspiring one.

Speaking with Connected to India, in a message to young entrepreneurs, especially young immigrant entrepreneurs, in the UK, Ahluwalia said they should make the most of being in one of the best places in the world for achieving their dreams in business.

“There is an endless supply of knowledge and wisdom in the British entrepreneurial space, so it’s essential that you go out and seek those opinions from your peers. Secondly, always stay alert to the opportunities around you. They could one day change your career and your life with it. Grab those opportunities with both hands, apply yourself, and you’re sure to find success. Finally, be persistent and persevere. Business is rarely plain sailing, even for those the most privileged and experienced, so have the courage to push through even when times get tough,” he added.

Sukhpal’s story derives from a life-changing event, the famous Uganda expulsion of Asians. Leaving the country he grew up in and arriving in the UK as a 13-year-old refugee in 1972, with barely any money or a place to call home, was a devastating upheaval for Sukhpal’s family. 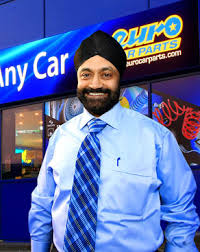 Sukhpal worked hard to support his family where, over time, he was able to gather enough savings to start his first business, Euro Car Parts, in 1978. Photo courtesy: Euro Car Parts

However, this spurred him on to become a determined entrepreneur who has achieved great success both personally and professionally.

Sukhpal and his family lived in a refugee camp on RAF Greenham Common when they arrived in England with nothing to their names.

“It was an uphill battle for my parents to forge a better life for us. In retrospect, there was something liberating about this – we really had nothing to lose, with a very clear goal of where we were headed. The tenacity and drive my parents had definitely rubbed off on me, and it’s a mindset I still carry with me today,” he recalls.

School was challenging for Sukhpal, and the twin obstacles of his living environment and being a minority immigrant in the 1970s led to his schooling being cut short.

“I do wish I had stayed longer, as I believe education is incredibly important for young people, but I wonder whether I still would have found the same success if I’d have stayed,” Sukhpal said.

In an east London market, Sukhpal worked hard to support his family where, over time, he was able to gather enough savings to start his first business, Euro Car Parts, in 1978. It began as a local London car tinker that became one of Europe's leading car parts suppliers.

“I would sneak away for an hour or two to one of the local car parts dealers called Highway Autos. At first it was just to talk about my love of cars, but after a while I learned that the business was struggling under its ownership, so I borrowed some money from my family and the bank to buy Highway Autos at the age of 18,” Sukhpal said.

“It was all a bit of a whirlwind, going from one store in Willesden to 200 nationwide within 10 years,” he added.

Euro Car Parts was sold for GBP 225 million in 2011. Sukhpal is also an avid lover of cars and a board member at Continental Engines. The restlessness that came with moving away from his first business led to the founding of his investment firm, the Dominvs Group in 2011.

He now runs the Dominvs Group, which focuses on real estate regeneration projects, transforming some of the best-known hotels and residentials, with over GBP 1 billion in assets.

Sukhpal is extremely proud of his heritage, and says it played a central role in who he has become today. He is a strong ambassador for black, Asian and minority ethnic (BAME) groups and says the growth of diverse communities in the UK has been incredible to watch.

“I’ve always been grateful to the UK for giving me the opportunity to live here, and I still think it’s a place which allows immigrants to make the most of their lives. Seeing other BAME business people find success is wonderful, and it’s heartening to see that the barriers of racism and xenophobia that plagued my childhood are less of a barrier now than they were fifty years ago,” Sukhpal said.

Sukhpal eventually hopes to pass on his business ventures to his sons and wants to enjoy spending time with his wife and travel around India, where he plans to settle for his long-awaited and well-earned retirement. He has a collection of classic cars at home and says that as his collection has grown, it’s been great fun to share his passion with his sons too.

Despite being away for so long, he says he still feels a strong pull back to India and a desire to be involved in helping talent there find success.

“It’s not just to reconnect with my roots and enjoy what a beautiful and vibrant country it is, but also to continue to put my business mind to good use and give back to the country I love so much. I have always felt in-tune with my Indian heritage, and it’s something I’ve kept alive through my children. We keep close to our Sikh faith and my wife and I have made sure to instil Sikh values in our family home from the very beginning – that connection to our heritage has been so important to me,” Sukhpal said.

Even as a child, Sukhpal felt most at home in India when we would travel to visit his grandfather and he has lived his life with a constant pull back to India. 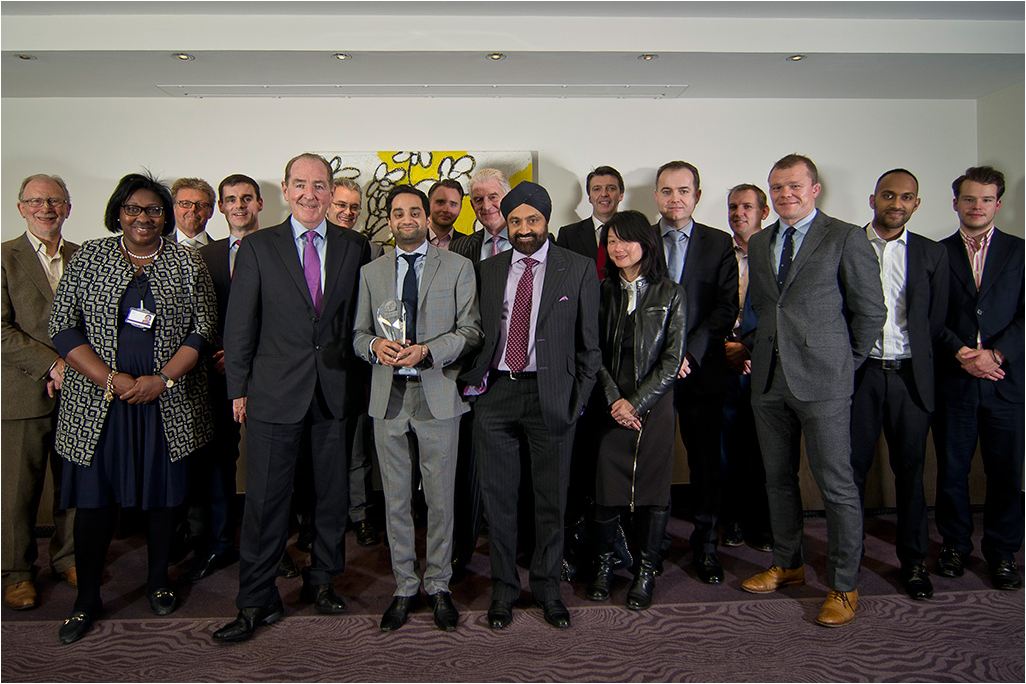 He now runs the Dominvs Group, which focuses on real estate regeneration projects, transforming some of the best-known hotels and residentials, with over GBP 1 billion in assets. Photo courtesy: McAleer and Rushe

“It was never a question of whether I would choose to retire in India, but when,” he adds.

Another major reason for Sukhpal returning to India is to seek out untapped opportunities.

“There have already been a number of success stories in India, but it’s high time that India becomes the global tech powerhouse that it genuinely deserves to be. All the ingredients are there for something really extraordinary, it’s just a case of finding where the talent is and providing the resources to grow,” he added.

He also pointed out that a post-Brexit UK is looking to forge a deeper trade relationship with India ans says that he wishes to make the most of the solid relationship between the UK and India.

“Now is the time to be working on that relationship and creating a partnership that will benefit both parties. This is a relationship that I would love to help foster, and feel a real personal connection to. In many ways, my connections to the UK, India, and Uganda exemplify the relationships that could be forged between the three countries,” he said, signing off.