“When the pandemic hit, theatre needed to adapt and so did we,” says Singapore-based theatre and film actor Tania Mukherjee, speaking about her upcoming production ‘Constellations’, in which she plays the female lead. “As I grew as an actor, I have gotten bolder with my choices. I started producing plays that would bring to the audience unique experiences and showcase new acting techniques.” 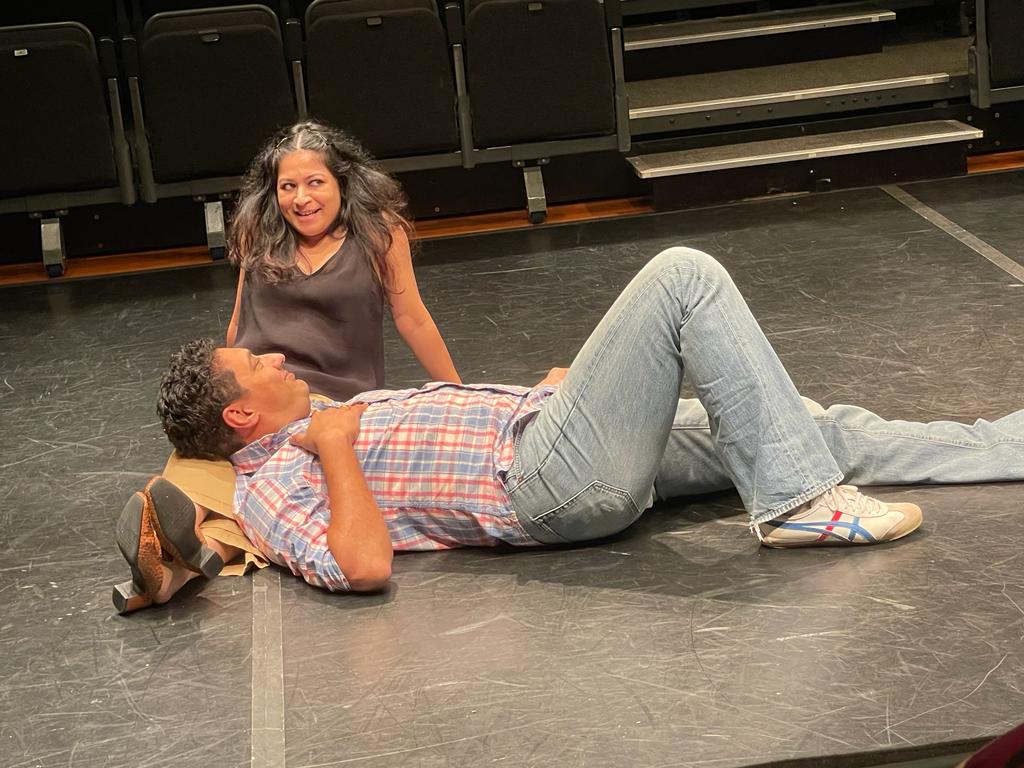 Tania Mukherjee and Charan Singh performing as Marianne and Roland in a scene from the February 2022 run of 'Constellations'. Photo courtesy: Tania Mukherjee

The 90-minute play, written by Nick Payne, is set to have a second run on December 3-4 at the Arts House, Playden, Singapore. Tickets for the production directed by Khairul Kamsani are available online. Tania and theatre actor Charan Singh will portray the roles of Marianne, a cosmologist and Roland, a beekeeper, respectively.

The play follows the lives, loves and tribulations of the couple who meet at a barbecue and become romantically involved, highlighting flashpoints in their relationship. The play has already had a successful run in February and the upcoming encore is due to popular demand among Singapore’s theatregoers.

Tania’s involvement in ‘Constellations’ came through a workshop she was attending on the Meisner Technique conducted by Khairul Kamsani, who is pursuing a PhD in this technique from De Montfort University (Leicester, UK). The Meisner Technique is an approach to acting developed by American theatre practitioner Sanford Meisner where the actor should not focus on themselves and instead concentrate on the other actors in the immediate environment for their cues and reactions.

“After the course, I was looking for a script where I could implement my newly learned techniques and Khairul suggested ‘Constellations’. I loved the script on first read, so I decided to produce and act in it,” she said.

Speaking about the early days of her career, Tania says she was bitten by the acting bug at a young age and liked being on stage even as a child. After moving to Singapore in 2004, she got an opportunity to perform in some plays for the Bengali Association and never looked back.

“I decided to give up a marketing job in an international pharmaceutical company to take up acting full time,” she told Connected to India. 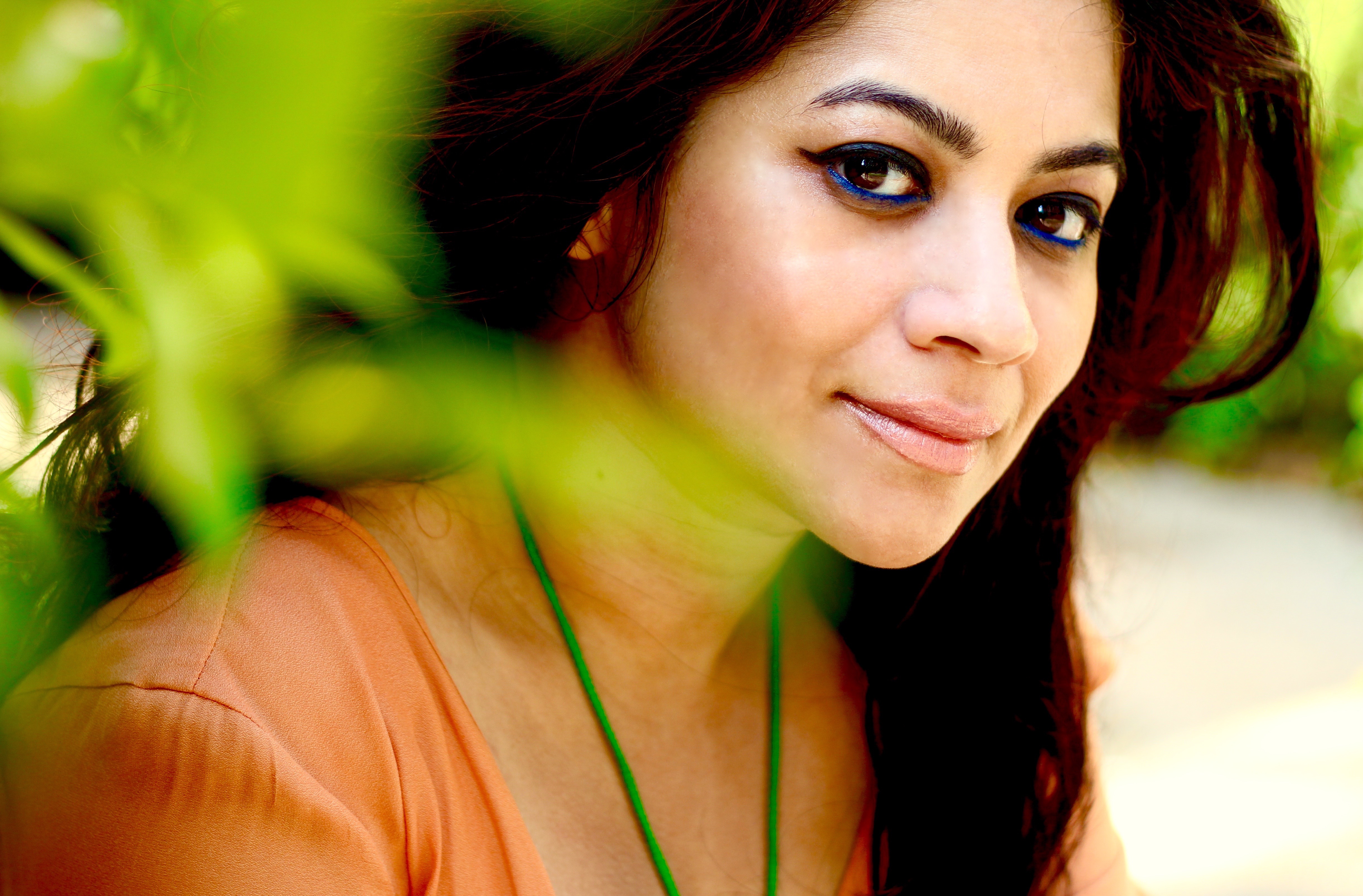 Self-taught for most of her career, Tania hones her skills by attending several acting workshops.

“I have had the opportunity to work with some exceptional playwrights, directors, and actors in several plays with various local production houses. I have grown with every project. I have learned new aspects and techniques of the craft, which I have been able to implement in every role that I have portrayed,” she said.

Tania has worked extensively in Singapore's theatre industry since 2010 and has worked with local Singaporean companies like Ravindran Drama Group (RDG) and Hum Theatre. She has also done a SG 50 project with the National Museum of Singapore. Her stage credits include both Hindi and English plays such as Masrayana, All My Sons, Nagamandala, Maya, Iss Majhdhar Mein (Hindi) and Atmakatha (Hindi).

Recalling one of her first auditions for English play ‘The Masrayana’, Tania said that she was fortunate to bag the role of the protagonist and had a fantastic experience.

“The play was directed by Nicole Stinton, who became my acting mentor in the next few years. The Masrayana was a musical production of massive proportions with 20+ cast members, long choreographed dance sequences, elaborate costumes, and innovative set designs. The play was very well received by the audience, and I have not looked back since,” she added.

Tania has also starred in independent feature films like 'A Gran Plan', 'Tashi' and 'Kathaah @8' which have all received several awards in international film festivals. Tania says she learned the nuances of acting in front of the camera through the chance to share screen space with the popular Hindi film actor Farida Jalal.

“I have now acted in quite a few features and shorts, over the years. My most memorable film performance was in ‘Tashi’, an award-winning feature film written, directed, and produced by Shilpa Krishnan Shukla. I won the best actress award at the NEZ Film festival Kolkata for this role,” she said.

Tania believes that the local theatre and cinema scene in Singapore has always been vibrant with high-quality scripts and brilliant productions, with the expat arts scene gaining momentum in recent years.

“It is also refreshing to see that audiences have started enjoying work from diverse backgrounds. I always like it when people from different ethnicities appreciate my work. New actors, directors and playwrights are not afraid of experimenting – always pushing the boundaries of creativity,” she added.

The pandemic has been challenging for theatre participants all around, but Tania felt the government has been extremely proactive in supporting the arts scene in Singapore. And now, post pandemic, she said she can already sense a tremendous amount of latent creative energy translating onto the stage.

After ‘Constellations’ Tania’s is set to start work on a show that is scheduled for May 2023, set to be formally announced in December. Signing off, she also said she would like to direct a play in the future.