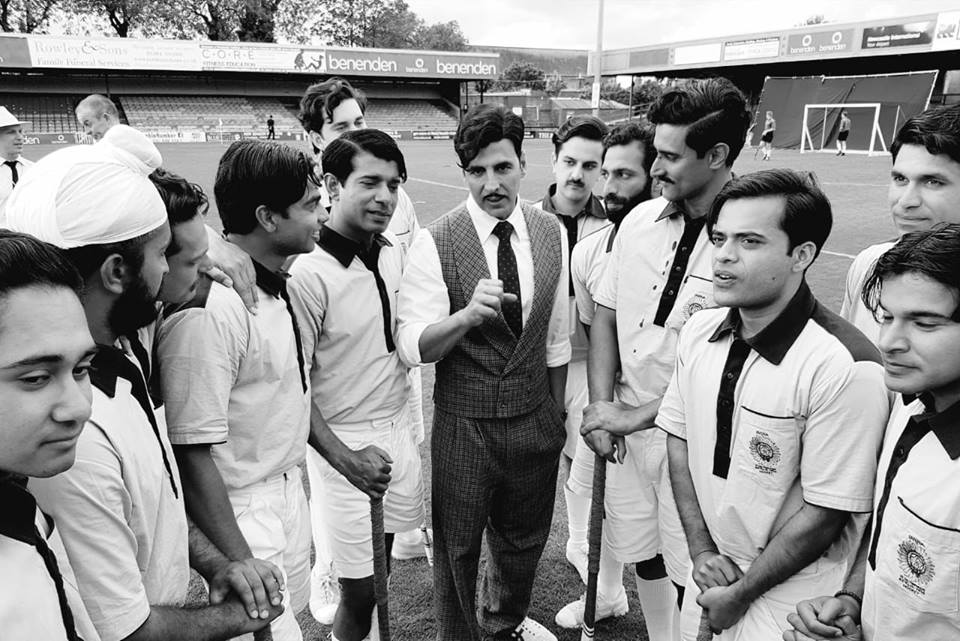 Akshay Kumar in the centre as Tapan Das with Vineet Kumar Singh to his right and Kunal Kapoor to his left and other actors in a classic still from #Gold. Photo courtesy: Akshay Kumar FB Page

Coinciding with the patriotic fervour of Indians across the world nearing its annual crescendo on Independence Day, Reema Kagti’s Gold, which chronicles an important chapter of Indian hockey’s golden era, will hit the silver screen.

Gold describes the events leading up to India’s victory in 1948 Olympics, through the journey of Tapan Das (played by Akshay Kumar), an assistant manager, who dreams of an Olympic gold for an independent India.

Reema Kagti, director of Honeymoon Travels Pvt. Ltd. (2007) followed by Talaash (2012), conceived and shaped Gold. In a phone interview with Connected to India (CtoI), Reema talks about Gold and her previous movies.

CtoI:  What is the genesis of the film Gold?

Reema Kagti: The genesis of the film - I was sitting with Ankur Tiwari, a friend of mine, who is a writer, filmmaker and a musician, and he told me to start researching on the 1948 win. Through the research, I was hooked on the story. That was the start of Gold. 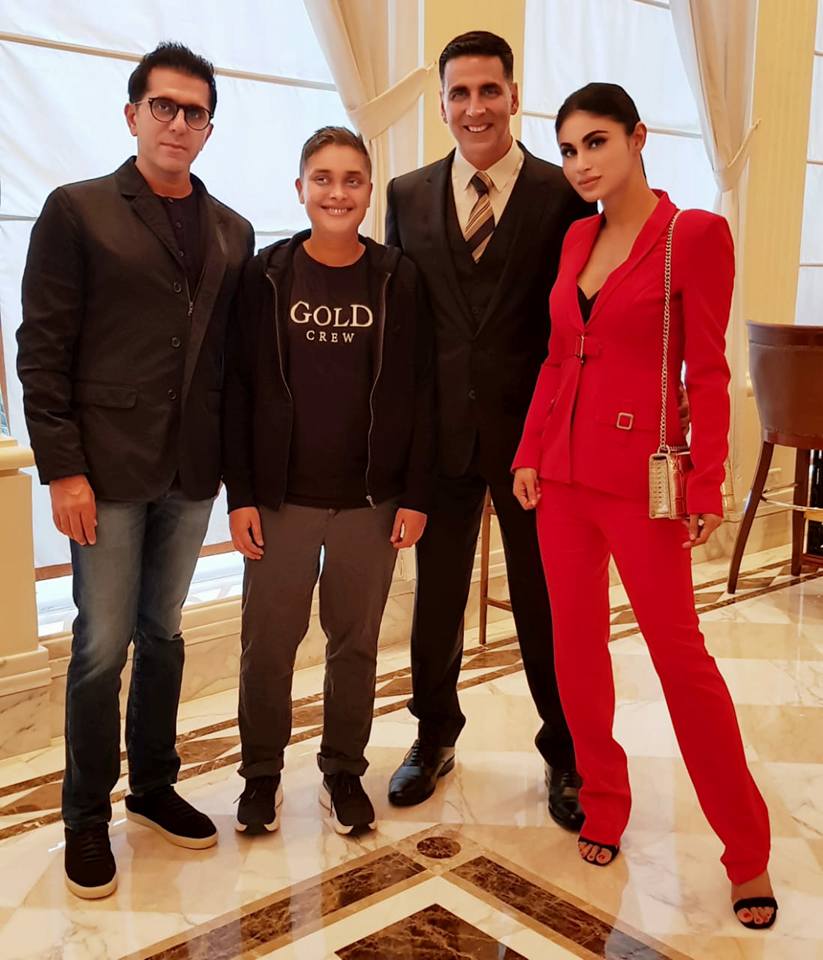 CtoI:  At that time, did you decide who is going to play the lead and how it all unfolded?

Reema Kagti: All that became clearer later; initially, I was trying to get a handle on the story and get the script written and other stuff. After that, Akshay was a great choice for the part. Mouni was just great and a perfect casting for Mounobina. I also think that I am fortunate to have Amit Sadh, Sunny Kaushal, Vineet Singh and Kunal Kapoor playing the pivotal parts. 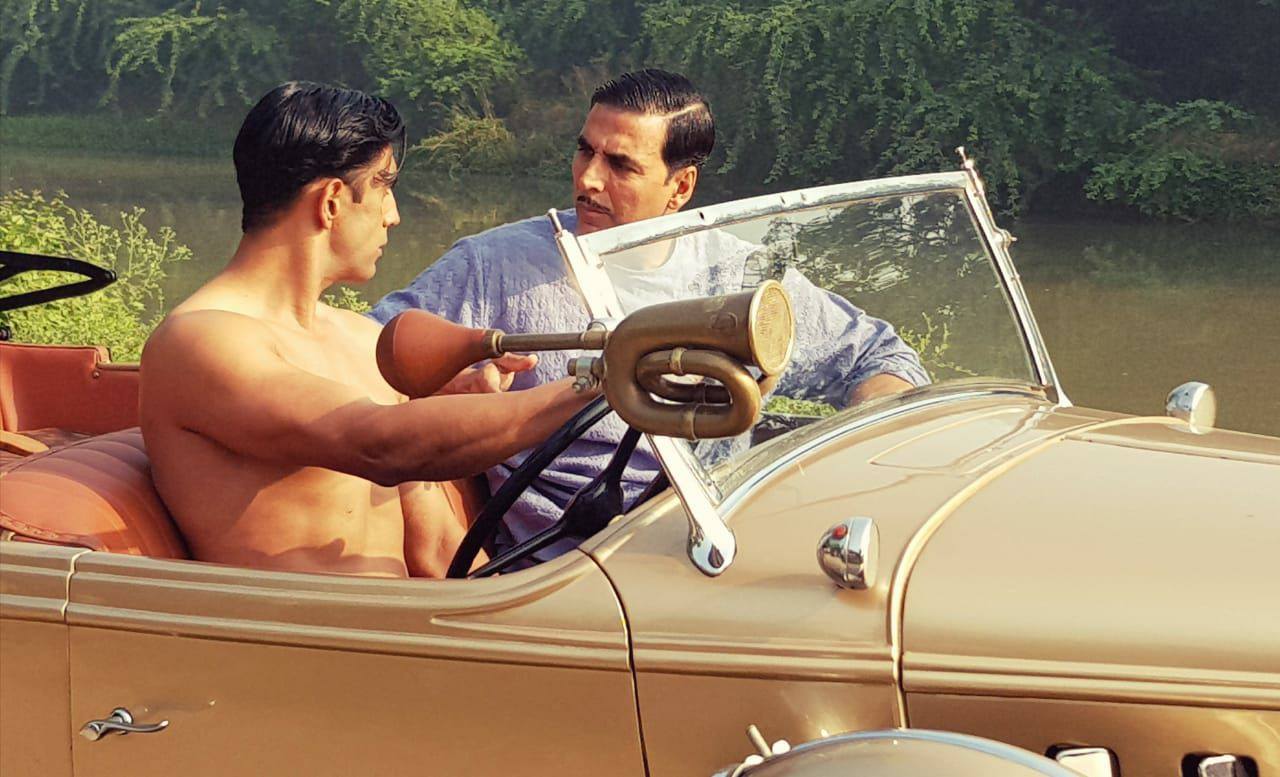 Amit Sadh with Akshay Kumar in a scene, which one can guess to one where a talented hockey player from an affluent background is being recruited or counseled. Photo courtesy: Akshay Kumar FB Page

CtoI:  How did you prepare your cast for the field hockey sequences; after all hockey is a challenging game?

Reema Kagti: It is. All the boys have put in a tremendous amount of work. We had a team - a sports team which was headed by McDaniel and there was Michael Knobs who was the hockey consultant who himself is an Olympian. He has been the national coach of several countries. In India, we had Sandeep Singh and Karyns Lobbo. Together, they sort of designed, custom-made training programmes for each of the actors depending on whether they have ever played hockey or not. I think all the actors put in a tremendous amount of hard work and got it right.

CtoI:  It looks set to be a great movie. You were the Assistant Director (AD) in two path-breaking films-Lagaan and Dil Chahta Hai? Do you think Gold will be your personal stamp on creating some ground-breaking cinemas?

Reema Kagti: Well, I don’t know. You don’t plan to do those things. People don’t end up saying ‘I am going to make a ground-breaking film’. The best you can say is ‘I am going to make the best film I can. I am going to tell the best story I can out of this material’. Of course, I hope it goes down well. Really, this is a question for the audience, and I think I am too close to the film right now.

CtoI:  The last movie you made was Talaash with Aamir Khan. And now Gold with Akshay Kumar. So, what are the differences in the working styles of both AKs?

CtoI:  Who was more complicated to work with, was it Aamir or Akshay?

Reema Kagti: (After a long pause) You know I will not answer this question.

CtoI: The working styles of both Aamir Khan and Akshay Kumar are very different. How 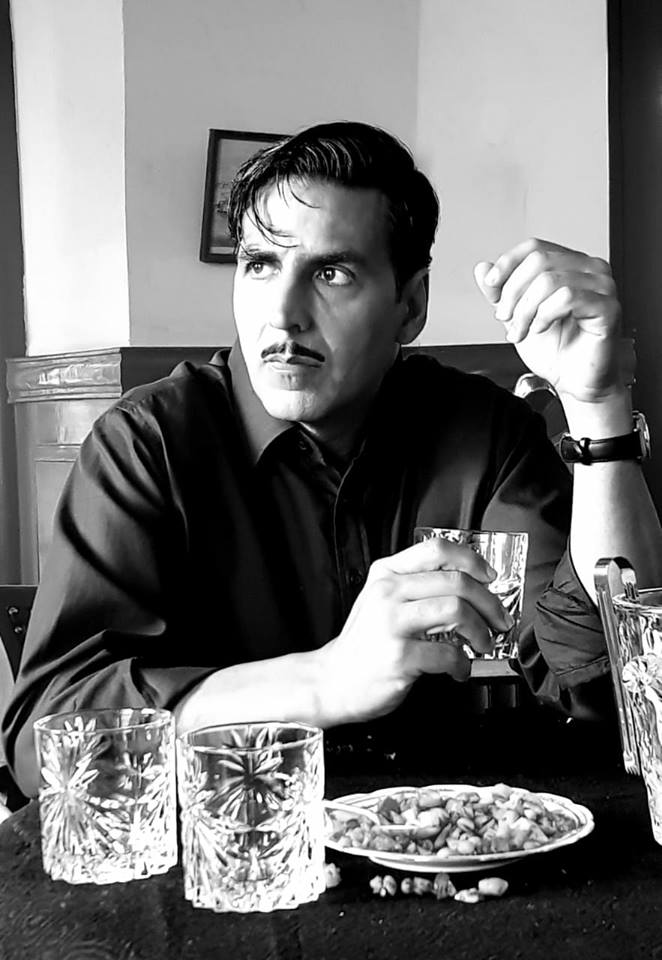 Akshay Kumar sent in a time capsule to India of 40s, in a still from the Hindi movie #Gold. Photo courtesy: Akshay Kumar FB Page

did you deal with both? You worked with Aamir Khan in three movies.

Reema Kagti: Well, as an AD in two movies. In Talaash as a director. Every person is different. All I can say is I had the most wonderful experience working with both of them. After Talaash, I thanked Aamir, and now I thank Akshay from the bottom of my heart for being supportive and making this film happen in the best possible way.

CtoI: We hope this film will help in making hockey more popular in India as well besides other things.

Reema Kagti: I do hope so because one hears of hockey legends - names like Dhyan Chand, Balbir Singh, KD Singh Babu. But, when I started researching the film, only then did I realise the glorious past we have. Anything that the film does to inspire people to connect and bring India back to that level in hockey. I will be very happy.

CtoI:  Are you a sports enthusiast yourself, Reema?

Reema Kagti: I am an enthusiastic sports watcher. I can’t say I am very sporty myself. I do watch sports a lot.