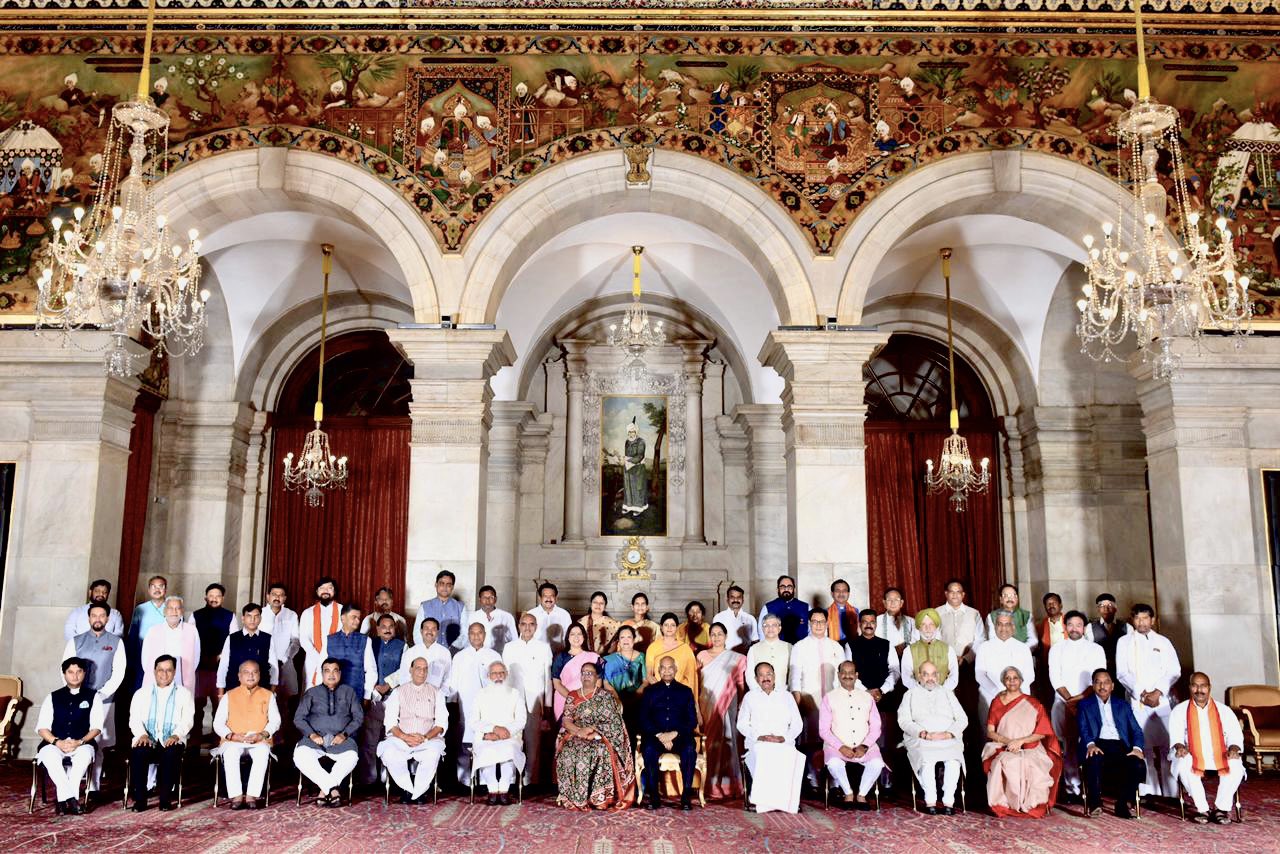 Prasad was the minister of law and information technology while Prakash Javadekar was the environment minister.

Both these big-ticket resignations were unexpected as Prasad was at the forefront of the government's new IT rules for which the government is at loggerheads with Twitter.

Javadekar's exit from this ministry has also been surprising as he was also the spokesperson of the government. The reshuffle brought focus on equal representation of gender, caste and community, as 36 new ministers took the oath of office and seven ministers of state were promoted.

The President's office announced the revised list of portfolios.

PM Modi will continue to head the following - Ministry of Personnel, Public Grievances and Pensions; Department of Atomic Energy; Department of Space; All important policy issues; and all other
ortfolios not allocated to any Minister.

Senior BJP leader and Union Home Minister Amit Shah is now the new head of the newly formed Ministry of Cooperation. Meanwhile, Mansukh Mandaviya, Minister-in-charge of Ports, Shipping and Waterways, Chemicals and Fertilisers, has been given the additional charge of the crucial health ministry as part of the cabinet reshuffle. The ministry was headed by Harshvardhan earlier, who also resigned earlier today.

Two new ministers of state, Meenakashi Lekhi and Rajkumar Ranjan Singh assumed charge in the Ministry of External Affairs (MEA) today, a day after they were inducted into the union council of ministers.

Anurag Thakur, the BJP MP from Himachal Pradesh has been entrusted with two important portfolios - Information and Broadcasting, and Sports.

Jyotiraditya Scindia, who crossed over to the BJP in March 2020, leading to the collapse of the Kamal Nath government in Madhya Pradesh, has been appointed the Civil Aviation Minister, and Hardeep
Puri, who used to head this ministry, will head the Urban Development and Petroleum Ministry.

BJP Rajya Sabha MP from Odisha Ashwini Vaishnaw will be the new Railways Minister and head the Information and Technology Ministry as well.

Mansukh Mandaviya, a BJP Rajya Sabha MP from Gujarat who was Minister of State (Independent Charge), is the new Health Minister of India.