President-elect Ram Nath Kovind today became the 14th President of India at a ceremony in the Central Hall of Parliament.

Photos of #PresidentKovind being sworn-in as the 14th President of India pic.twitter.com/8oWT1ZZ7df 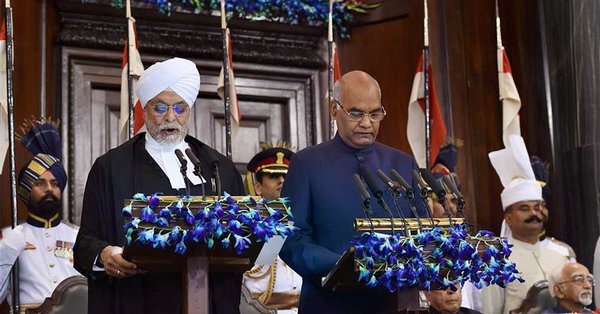 President-elect Ram Nath Kovind began the day with a visit to Rajghat to pay his respect to Mahatma Gandhi before heading to Rashtrapati Bhavan where he was received by President Pranab Mukherjee.

Last week, Ram Nath Kovind, who was the former Governor of Bihar won the 2017 Presidential election against opposition candidate Meira Kumar, the former Speaker of the Lok Sabha. Kovind got 65.65 per cent of the total votes which totalled 702,044 electoral college votes.