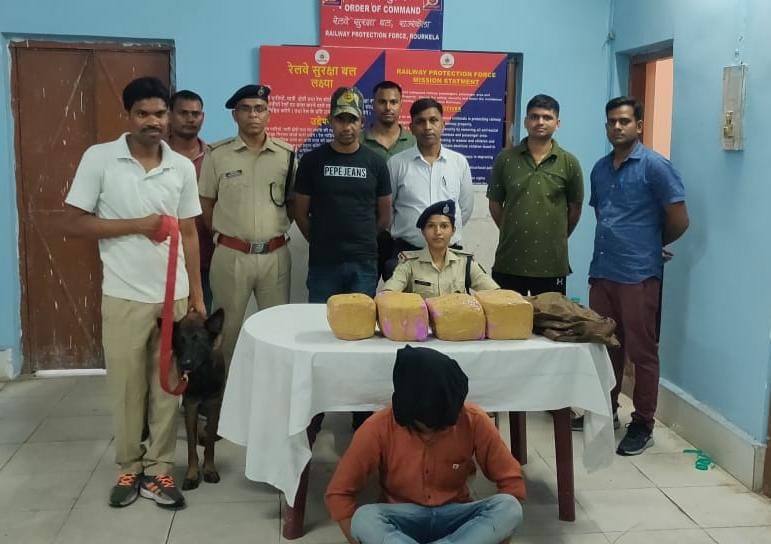 It started a month-long pan-India drive in June against smuggling of narcotics through rail, named Operation NARCOS. Photo courtesy: Twitter/@DRMCKP

The RPF has been empowered to conduct search, seizure and arrest under the Narcotic Drugs and Psychotropic Substances (NDPS) Act since April 2019 and has been actively participating in the efforts of the government to restrict this illegal trade.

It started a month-long pan-India drive in June against smuggling of narcotics through rail, named Operation NARCOS.

The statement noted that the RPF, under the operation, has performed excellently against the carriers/transporters of narcotic products through railways.

"The RPF intensified its checks in trains and at identified black spots across the country in coordination with the Narcotics Control Bureau (NCB) and other Law Enforcement Agencies (LEAs) to target drug peddlers involved in this illegal trade. In the month of June 2022, the RPF has recovered various narcotic products including designer products valued at INR 7,40,77,126 and within its own domain arrested 165 people who were carrying NDPS and handed them over to the LEAs concerned for onward legal action," the statement said.