Raees-Kaabil clash could have been averted: Hrithik Roshan

Release of 'Raees' and 'Kaabil' on January 25, which is being touted as the biggest box office clashes of 2017 could have been averted, claims Hrithik Roshan.

Hrithik Roshan who was in New Delhi, India to promote his upcoming film 'Kaabil' along with leading lady Yami Gautam said, that the clash could have been avoided if the producers of 'Raees' had planned the things in a better. 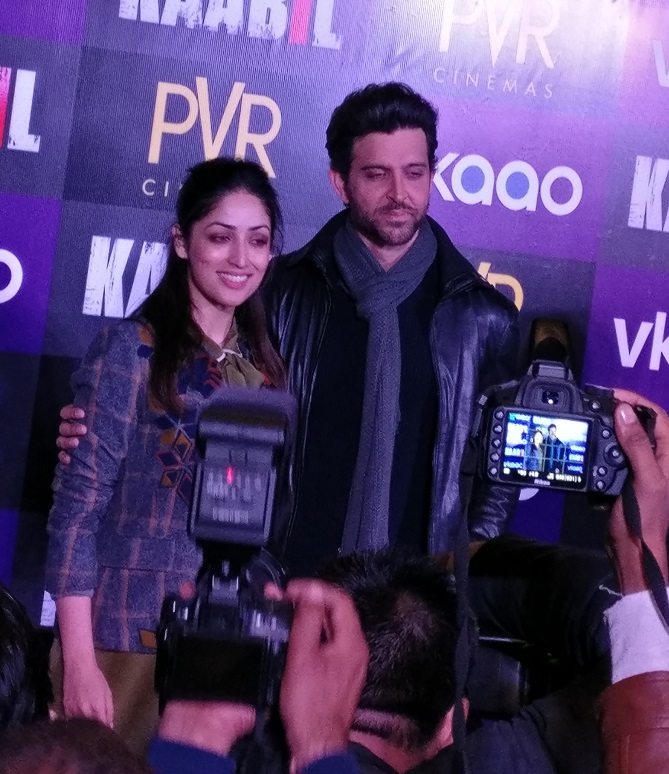 Hrithik explained how better planning could have avoided the clash. Photo: Connected to India

While talking to media, Hrithik said, "My father is careful and concerned for others so he also expects other to be the same way. He is a little hurt and upset. But he is graceful about it. You can't control the world you can only control your reaction and our reaction is very graceful so now let's see."

No hard feelings
Hrithik who understands the industry well states that the people involved in releasing 'Raees' are not doing it intentionally, but he also mentions that had they planned and executed it better, then this clash wouldn't have happened at all.

He said, "I think Raees also didn't have any choice. The film is waiting for a release date for quite some time. It was supposed to release with 'Sultan' but it got pushed. They are also in a problem. I understand that. My sadness is only that if the party had planned it a little better than this clash would not have happened."

As real as it can get
Hrithik and Yami are not leaving any stone unturned to make 'Kaabil' a hit. The two have been promoting the film quite extensively. While talking about the different looks in the film, Yami said, "There is no doubt that we have gone through a lot of mental and physical conditioning for the film. But without any reference points for us, we have tried to keep it as real as possible." 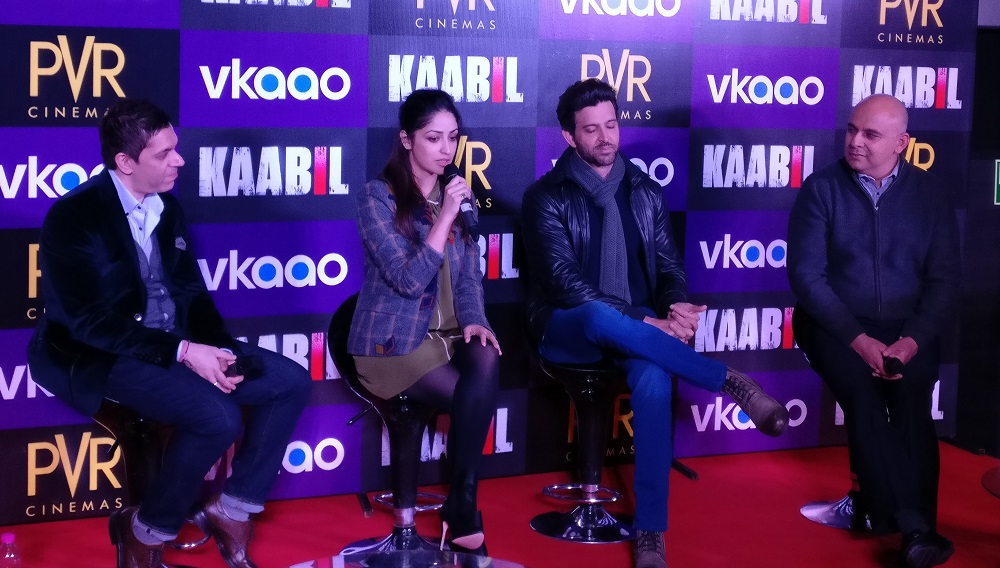 Yami Gautam working on Kaabil has been an enlightening experience for her. Photo: Connected to India

"Working on Kaabil has been an enlightening experience for us. There were a lot of things that were part of the notion and we weren't aware at all, but while observing the visually-impaired people for the character, we became aware of a lot of things," she said further.

Yami also addressed the common questions like why they are sporting watches and flaunting a certain look in the film to which, she said, "I have learnt from these beautiful girls, who were visually impaired but quite aware and conscious of their appearance. They taught me about the day look, party look and evening look. We were shackled to see this."

Directed by Sanjay Gupta, 'Kaabil' stars Hrithik Roshan, Yami Gautam along with Ronit Roy and Urvashi Rautela in the item number 'Haseeno Ka Deewana'. The trailer and songs of the film are already topping the charts.