Senior journalist, editor and author Madhavan Narayanan says that he would love for learning to become a movement, and that he is inspired by Einstein's quote that learning is what you have when all that is being taught in school is forgotten. 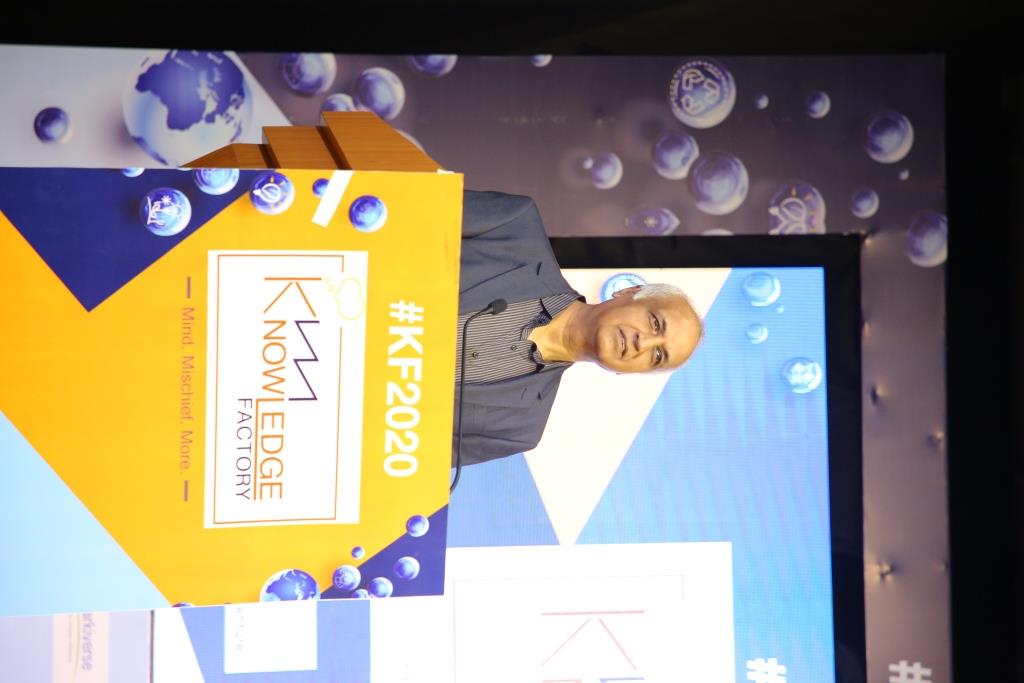 During the course of his long and illustrious career, he said he found that he experienced a lot of new learning on subjects that had formally studied and gained new knowledge from different angles from both practical as well as cutting edge perspectives.

“People keep discovering new things, even as academicians, and that knowledge should be transmitted to a larger mass of people and anything that helps that is a great idea and I believe knowledge factory is a small but significant step in that direction,” Madhavan said.

To share his experiences as well as explore the vast ocean of information, Madhavan launched Knowledge Factory, a ‘learnatainment’ event where intelligent people from different disciplines come together to pool their knowledge and learn as well as share their knowledge.

“The intention of the event is to make serious knowledge popular and find a niche between seminars and entertainment to help shape fine minds and citizens,” Madhavan said.

While the event was Madhavan’s brainchild, he says that Knowledge Factory would not have been born had it not been for the inputs of PR Guru Amith Prabhu and social entrepreneur Meena Vaidyanathan. Madhavan had intended the event to offer informal, unstructured learning to young urban professionals as a series of Friday afternoon corporate lectures.

After bringing Amith on board and introducing him to Meena, what did emerge was very different, Madhavan said.

“There were two purposes at that time when I brought them together and we got together as a team; to build intelligent citizens partly with a certain social consciousness and the other purpose of course was that I wanted to discover speakers who may not be experts or visible to many experts in seminars.

We have a rule that you don't have to be an expert in the field officially because people have other parallel careers, parallel lives and passions. So I was also keen to discover passions that make people articulate speakers or informed speakers,” he said.

Madhavan added that a third aspect, which became very dear to him, emerged from their idea to propagate and disseminate knowledge through KF. 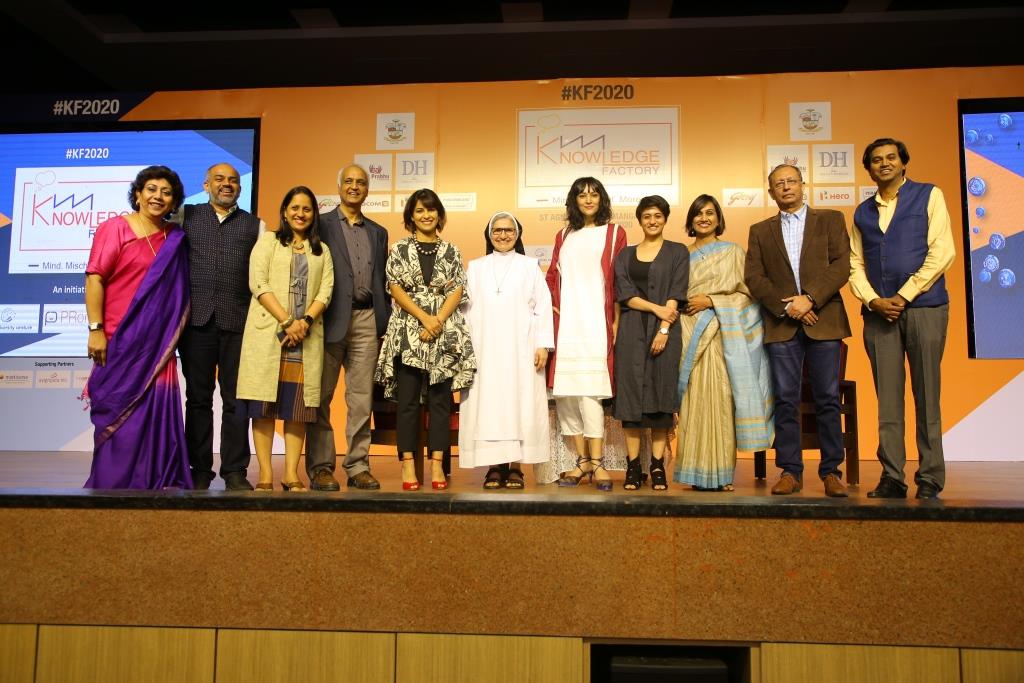 Knowledge Factory, having just concluded its sixth edition, has been a wildly popular annual event since its launch in New Delhi. Over the years, there have been some very interesting discussions that have sparked extensive interest. Madhavan recalled how he once had a professor of psychology from Ferguson College in Pune on the same stage with a Cuban-American Yogi discussing Karma and the psychology of how a terrorist is born.

Another memorable event was when Papa CJ the comedian, in an infectiously joyous interaction, got the principal of a Christian College to dance.

After four years of offline events in Delhi, Mumbai, Bangalore and Bangalore, the fifth edition was held virtually due to pandemic restrictions and the latest iteration continued in the digital space.

“The whole purpose of Knowledge Factory is to create new things and explore new frontiers. So KF 6 is about discovering the online frontier and discovering an interesting set of topics with the social cost and sort of much higher registrations than we had before,” Madhavan said.

He stated that he missed the chemistry of onground events with offstage interactions, sitdowns and impromptu discussions, but having the event online allowed them to reach a much wider audience who could join in from their homes globally. 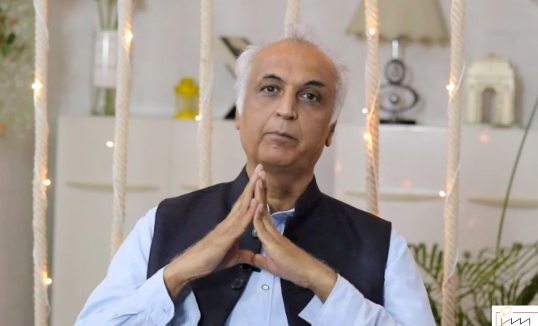 “The best thing about attending online, it's like attending a day-long classroom session that sharpens your mind. So it's almost like attending a course or for the price of one cappuccino at Starbucks, you know? That's not a bad deal at all,” Madhavan said.

He further said that his ideal is to have a mixed online and onground event in the future to widen the reach of Knowledge Factory and they are still trying to discover the formula of how to blend the best of both worlds.

Madhavan stated that he was particularly keen to put Tier 2 cities on the Knowledge Factory map because there's a huge hunger for intelligence and knowledge with hundreds of millions of Indians today who are first time graduates discovering what it means to be a citizen and what it means to be learning about things that they didn't learn in their classrooms. 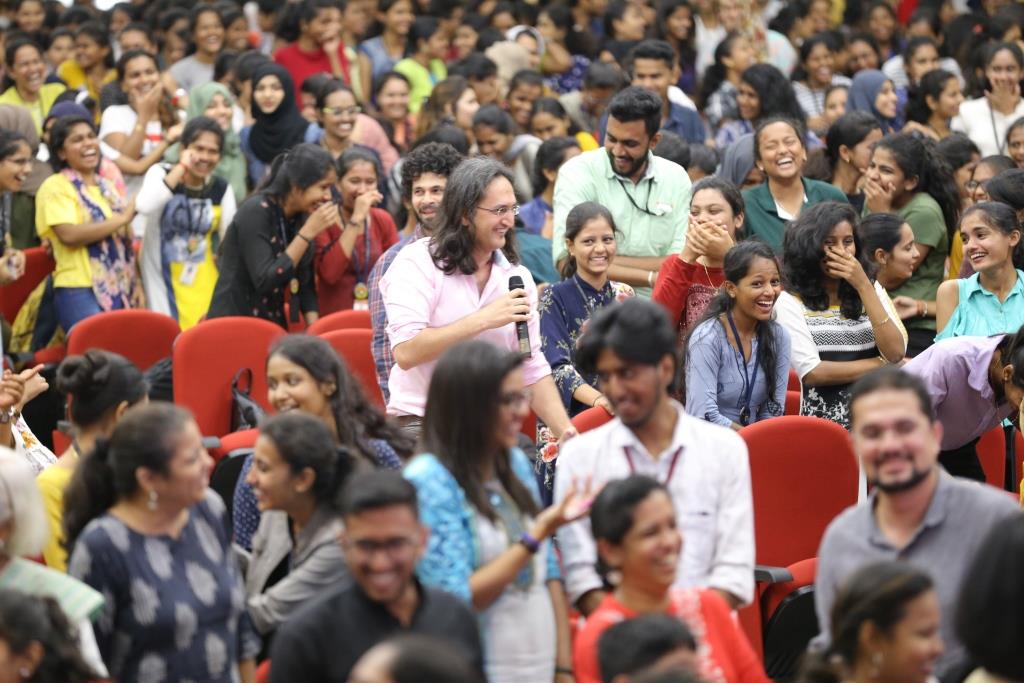 Another memorable event was when Papa CJ the comedian, in an infectiously joyous interaction, got the principal of a Christian College to dance. Photo courtesy: Knowledge Factory

“There are workshops and conferences which are focused purely on networking or purely on really focused simple topics which are only adding a layer to what people already know, whereas I want to make people discover new layers of knowledge,” he said, signing off.