Puri led an Indian delegation to the construction site of the BAPS Hindu Mandir in Abu Dhabi. Swami Brahmaviharidas, who is leading the project and the board of directors, guided the delegation, Khaleej Times reported. 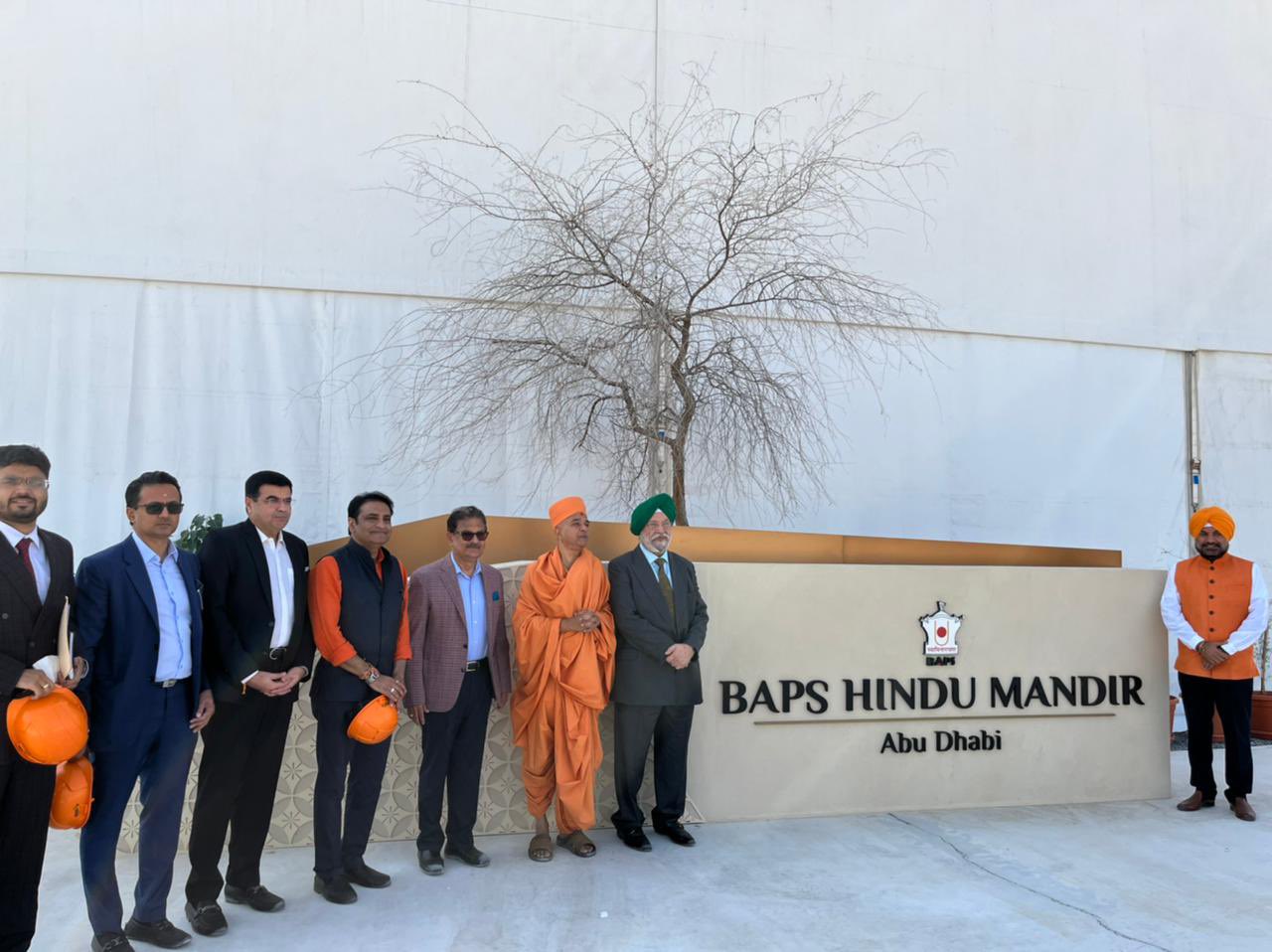 The minister also participated in a ceremony to lay a brick over the foundation. Photo courtesy: Twitter/@HardeepSPuri

Puri, impressed by the grandeur of the iconic project, emphasised how the temple is a “beacon” representing the strong bilateral ties and its people from all faiths and backgrounds.

At a time when this message is most needed, this Mandir reminds the world about the necessity of tolerance and harmony between people, faiths and cultures. Even from a development standpoint, Abu Dhabi is showing how urban development can be planned inclusively respecting the need not just for power, road and utility infrastructure but also the necessity for social, spiritual and community infrastructure,” Puri said.

The minister also participated in a ceremony to lay a brick over the foundation.

“The stone structures for the temple are being brought from India. It is our gift to the UAE,” he noted about the pink sandstones shipped from India after being hand-carved in the states of Rajasthan and Gujarat by more than 2,000 sculptors.

“Greatly privileged and honoured to visit the architecturally brilliant, peaceful and tranquil Sheikh Zayed Grand Mosque in Abu Dhabi. To be able to visit this holy place on the Day of Tolerance made it even more special,” the minister said.