'Sohreyan Da Pind Aa Gaya' is an upcoming Punjabi movie scheduled to be released on July 8, 2022. The movie is directed by Ksshitij Chaudhary and will feature Gurnam Bhullar, Sargun Mehta, Jasmin Bajwa and Jass Bajwa as lead characters.

Written by Amberdeep Singh, the romantic comedy features the story of two lovers who become rivals and try to outdo each other. The powerful songs of the film are already being heard on repeat in the audience playlist and the trailer has also created a buzz. The promotion of the film is in full swing at the moment and the producers are also trying their best to keep the audiences curious. 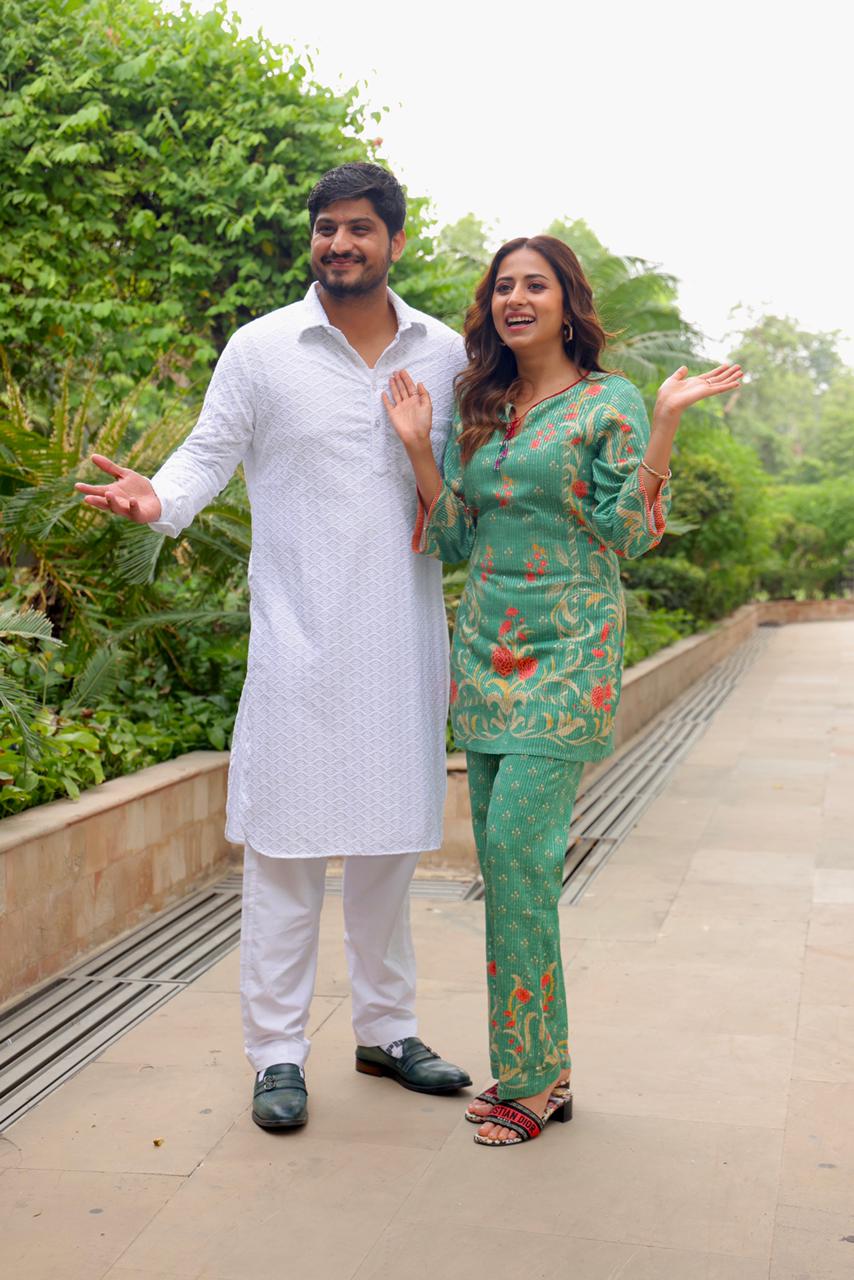 The film 'Sohreyan Da Pind Aaa Gaya' revolves around the love between Bhullar and Mehta, who hope to get married to each other. Photo courtesy: Pallav Paliwal

'Sohreyan Da Pind Aa Gaya' is set to be a must watch movie for all age groups.

Taking its title from a popular Punjabi folk song, the film revolves around the love between Bhullar and Mehta, who hope to get married to each other. However, an unexpected twist in the tale leads to Mehta getting married to someone else. This leads to problems between the two lovers who then engage in a game of one-upmanship.

Bhullar decides to spoil the fun of getting married for Mehta and is determined to tie the knot with a girl from her village so that she cannot ignore him. There are many hilarious dialogues and situations in the film arising out of their rivalry.

The songs of the film are sung, written and composed by Gurnam Bhullar. The music of the songs is given by Daoud Music, Laddy Gill, Chet Singh and Rakx Music.

Fans are eager to see Gurnam Bhullar and Sargun Mehta together. The star cast of the film includes Jass Bajwa, Jasmine Bajwa, Shivika Diwan and Hardeep Gill and many more.