Looking to reach out to Punjabis abroad, Punjab Vidhan Sabha speaker Rana KP Singh has sought the cooperation and contribution of the Punjabi Non-Resident Indians (NRI) towards the socio-economic development of the state. 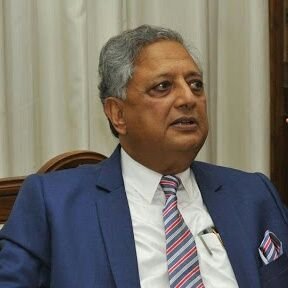 Rana KP is currently on a tour of the United Kingdom and other European countries. A number of NRI delegations called on him and offered their cooperation in rebuilding the state, The Times of India reported.

The speaker told the NRIs that they could particularly help the state in improving the education and healthcare system there. He suggested that instead of making donations and contributions to individuals or individual political parties and other organisations, the NRIs could straightaway work with the state institutions in a transparent manner.

He said that there was an atmosphere of hope and confidence in Punjab under the leadership of the chief minister Captain Amarinder Singh who had launched a massive drive to rebuild the state. He pointed out, the CM had personally reached out to the NRIs seeking their support in his mission.

He said that the Gurdaspur by-election result had also endorsed and reaffirmed people's faith in Capt Amarinder Singh's leadership. He said, coming days were promising to be progressive and productive and he invited the NRIs to be a part of that progress.

He said he was personally humbled and overwhelmed with the support and affection showered by the NRI community towards him. He also appreciated their concern and interest about Punjab and asserted that everything will be done to watch and safeguard their interests.

The speaker said that the CM has personally been monitoring the cases of harassment and property grabbing of the NRIs. He said, with Capt Amarinder at the helm, the NRIs can rest assured about the safety and security of their property back in Punjab.

He pointed out, in order to prevent the undue harassment to the NRIs, the government had decided to set up special courts for speedy and timely justice. On this occasion, Pawan Dewan, general secretary of Punjab Congress, Baldev Singh president IOC France, Jagtar Singh Bittu Paris, Maheshi Ram Sharma were also present.