The government of the Indian State of Punjab has announced plans to set up a dedicated help desk facility for Non-Resident Indians (NRIs), especially those residing in Canada, desirous of investing in the State. The directive was issued after a meeting between Punjab Chief Minister Captain Amarinder Singh and members of Indo-Canada Chamber of Commerce.

In this connection, Captain Amarinder Singh directed Rakesh Verma, Secretary, Industries and Commerce–cum-CEO Invest Punjab, to explore the possibility of setting up a dedicated help desk to facilitate Indians settled abroad, especially those in Canada, who wanted to invest in Punjab.

Urging the delegation, comprising the Indian diaspora, to suggest ways and means to further strengthen bilateral commerce and business ties between the two countries by scaling up trade, the Chief Minister suggested that they explore investment opportunities in sectors of mutual interest, such as education, skill development, agro-based industry and information technology.

“The Chief Minister called upon the visiting Canadian delegation to harness the positive industrial environment prevailing in the state, where his government had created a conducive environment for promoting industry. He assured them of his government’s complete support and cooperation in this regard,” stated an official release of the Punjab government.

Captain Amarinder Singh assured the delegation of continued synergy at all levels to ensure overall development in the core sectors of health, education, agriculture and skill development in Punjab through transfer of technology and forging of technical collaborations between Punjab and Canada.

Citing the government’s 'Connect with Your Roots' programme, which he launched during his UK visit in September last year, Captain Amarinder said that this programme would go a long way to help connect youngsters, especially the third generation, who had roots here in Punjab. It was an excellent forum to apprise them of the state’s glorious heritage, cultural legacy and rich traditions, he said, adding that a similar program should also be initiated for the youth whose parents/grandparents had immigrated to Canada from Punjab. 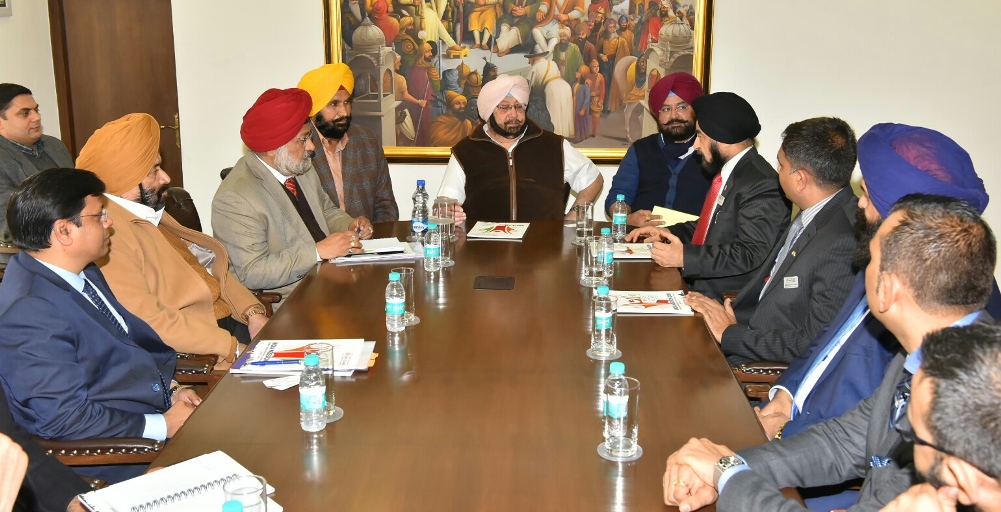 Emphasising the need for regular interaction of students, traders, businessmen and progressive farmers from state with their peers in Canada, the Chief Minister said both Punjab and Canada should facilitate frequent exchange of such delegations, based on their expertise and experience, for mutual benefit.

Captain Amarinder Singh also suggested introduction of certain courses and changes in current academic curriculum to conform with the Canadian education system in order to enable the local youth to get gainful employment in Canada.

Assuring the Chief Minister of their wholehearted support to the government’s efforts to promote development and prosperity in Punjab, the visiting Canadian delegation led by Kanwar Dhanjal said that, as the sons and daughters of the Indian soil, it was their moral duty to contribute something tangible for the growth and prosperity of Punjab. They emphasised the need for concerted efforts to boost the level of trade between Punjab and Canada.

Dhanjal apprised the Chief Minister of the Canadian technology for converting paddy straw into plywood, which would not only help the state get rid of this menace but also help supplement the income of the farmers.

MLA Fatehjang Singh Bajwa underscored the need to give a fillip to the small scale sector to generate employment opportunities for the state’s youth.