The Punjab government announced it will seek help from non-resident Indians (NRIs) and non-governmental organisations (NGOs)  to develop the infrastructure of over 19,000 government schools across the state. 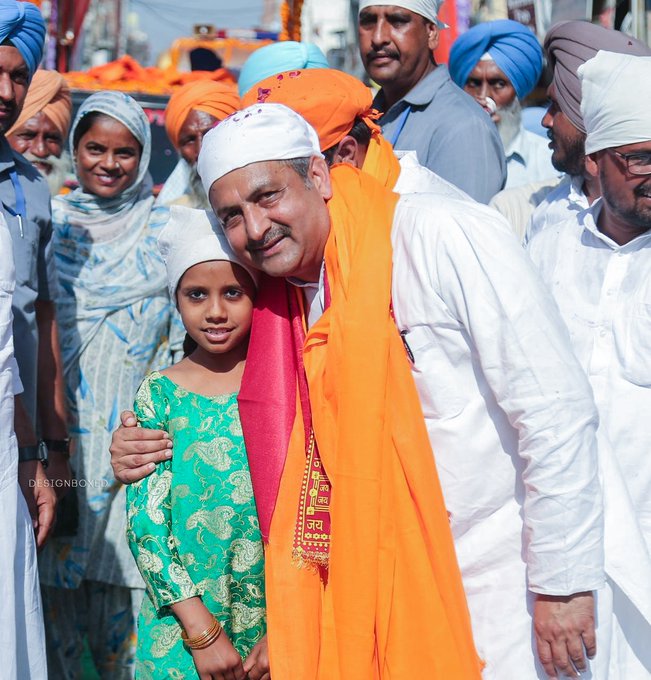 Singla said anyone could contribute to the improvement of infrastructure in schools as per the requirement and with the approval of the management committee. Photo courtesy: Twitter/@VijayIndrSingla

State education minister Vijay Inder Singla said that the MLAs and sarpanches of Punjab villages will approach NRIs, social workers and private firms who wish to donate for the infrastructure development of government schools.

Till date, 3,000 schools have been upgraded while hundreds more are in the pipeline.

“Around 3,000 government schools have been converted into smart schools by the Education Department. Of these schools, 2,700 have been upgraded with the help of school staff, under the corporate social responsibility scheme, NGOs, NRIs and community clubs, etc,” said Punjab Education Minister Vijay Inder Singla.

The state education minister made these comments at the Government Senior Secondary School for Girls in Sangrur, where he distributed smart classroom kits to 100 government schools and inaugurated a new basketball court.

Referring to Clause 7 of the Smart Schools Policy 2019-20, Singla said anyone could contribute to the improvement of infrastructure in schools as per the requirement and with the approval of the management committee.

“A block or building in the school, for which the donor wants to contribute, can be named after the donor or any of his relatives. Such a proposal will be forwarded by the school on the portal. After getting the necessary confirmation regarding the donor or the person in whose name the building is to be named, an approval shall be granted online by the competent authority,” said Singla.