Visuals of Bhagwant Mann and Gurpreet Kaur, dressed in red and gold, at their 'Anand Karaj' ceremony were shared on social media and by media outlets. 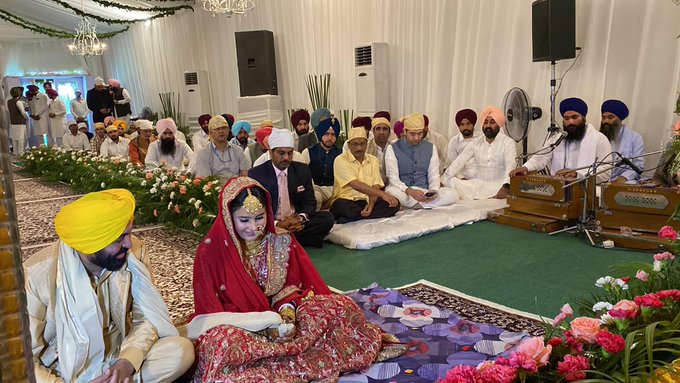 This will be Mann's second marriage, as he separated from his first wife in 2015. Photo courtesy: Pallav Paliwal 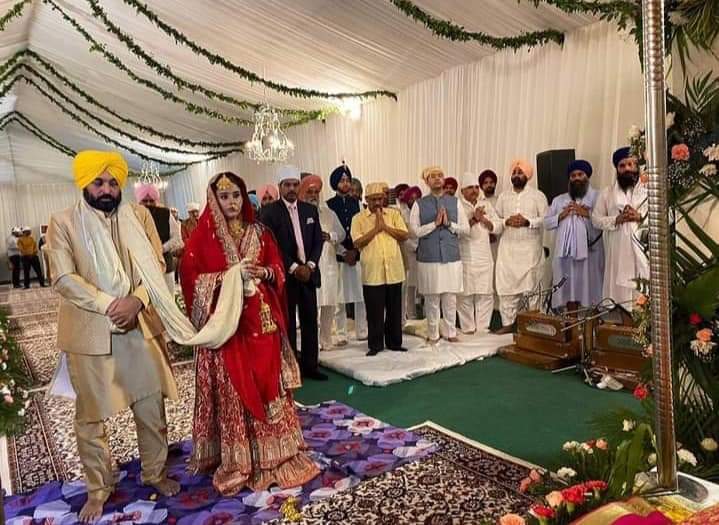 Bhagwant Mann gets married to Dr Gurpreet Kaur in a private ceremony at his residence in Chandigarh. Photo courtesy: Pallav Paliwal 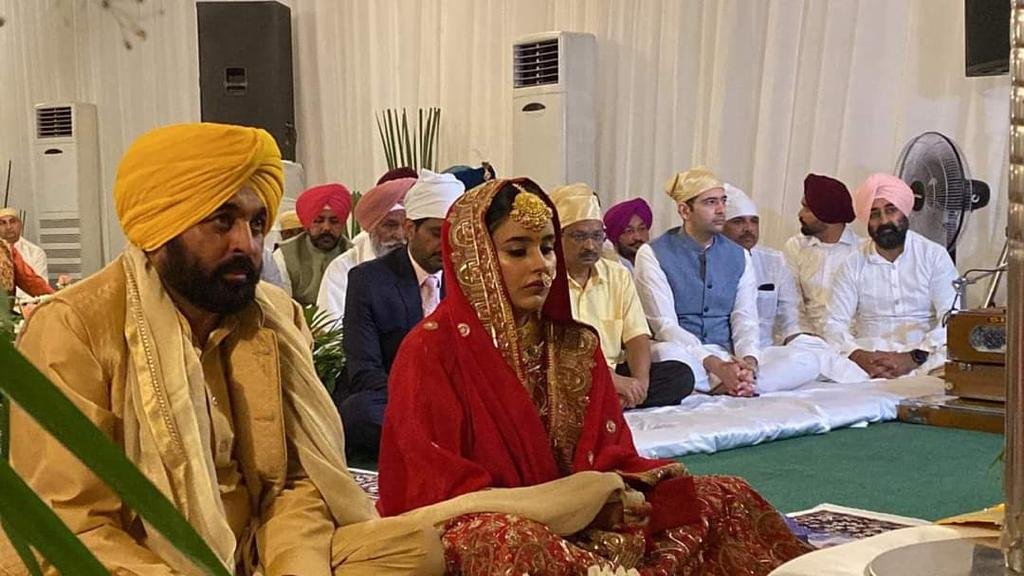 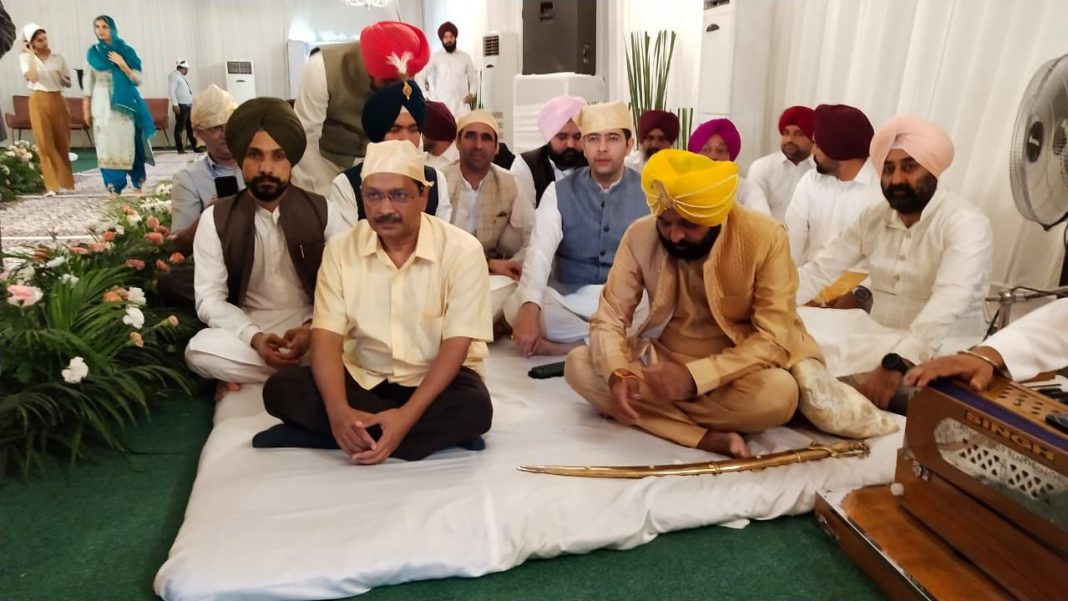