A prominent Singaporean Indian criminal lawyer Eugene Thuraisingam ordered to pay a S$6,000 fine for contempt of court yesterday, according to a report by Todayonline on August 7, 2017.

Thuraisingam, age 42, had posted a 22-line poem on his Facebook page regarding the death sentence of his former client. It was published in the early hours of May 19, which is the day his client, Muhammad Ridzuan Mohd Ali, was due to be executed for trafficking 72.5g of heroin.

The Facebook post alleged, among other things, that “million dollar men” including judges, ministers and lawyers have “turned blind”, “pretending not to see” a law that is “cruel and unjust.” Besides an allusion to the death penalty, Thuraisingam also alleged that the men were “accumulators of wealth” more concerned with money and material goods. The post has since been deleted. 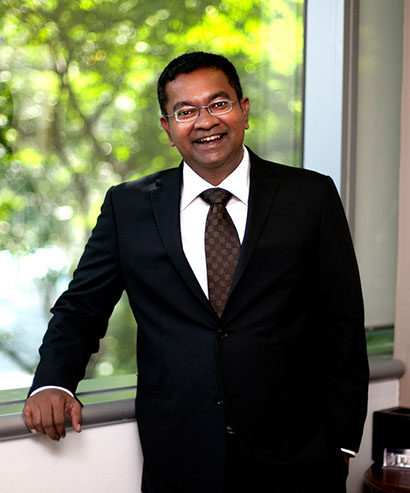 Thuraisingam has had four clients put on death row, according to Todayonline.

The Attorney-General’s Chambers (AGC) had filed a complaint against Thuraisingam on May 26, stating that his post was contemptuous in nature. “The statement poses a real risk of undermining public confidence in the administration of justice in Singapore as it alleges that judges have subordinated their judicial duty to financial greed,” the AGC said.

At the hearing, Thuraisingam was represented by Senior Counsel Ang Cheng Hock, who said that the lawyer was genuinely remorseful about his actions. He had since apologised to the AGC, and taken down the post. Thuraisingam stated in an affidavit that his last meeting with Ridzuan on April 26 had continued to haunt him.

When he wrote the Facebook post was written, Thuraisingam was “extremely upset” and “demoralised as there was nothing more he could do for Ridzuan.” Ang argued that the lawyer was "emotionally distraught" and "not in the right frame of mind.”

According to the report by Todayonline, he also added that it was “never the intention” of his client to “allege that the judges had subordinated their judicial duty to financial greed.” Thuraisingam had meant to say “the upper echelons of society … did not care about (the death penalty) as it generally only affected the poor,” said Ang.

Thuraisingam wrote on Facebook after his hearing, that he was “overwhelmed by the emotions of losing a very young client to the gallows for drug trafficking after a long hard battle in court. I lashed out very wrongly at some people who I respect a lot and should never have criticised. I am sorry for letting down so many people who would have expected more from me,” he added.