Ameerali Rajabali Jumabhoy, the founder of Scotts Holdings Limited, died early on Tuesday, November 24 at the age of 94. He was born on Dec 28, 1925, and was the eldest of four surviving children.

Scotts Holdings the company that he founded in 1982 was previously behind Scotts Shopping Centre and the Ascott serviced residences. At its peak, Scotts had assets valued at over $600 million.

The Royal Malaysian Polo Association sends our deepest condolences to the Jumabhoy and Somjee families on the demise of...

He was a visionary and a pioneer, always willing to challenge the status quo, and a loving husband, father, grandfather and great-grandfather,” said his family in a statement

His father, Rajabali Jumabhoy, nicknamed “the Grand Old Man of Scott’s”, was an immigrant from Kutch, India and a prominent businessman and key figure in Singapore’s Indian community.

Scotts Shopping Centre, one of the first shopping centres in Singapore to feature an indoor food centre – Picnic - was built by the younger Jumabhoy who is known affectionately as Ameer. In 1996, Scotts Holdings Limited was sold to CapitaLand.

It was under his leadership that the Jumabhoy family moved into other business ventures such as the A&W fast-food chain with its halal certification and duty-free operations at Changi airport.

In 2019, he was awarded the Lifetime Achievement Award by the Singapore Indian Chamber of Commerce and Industry. 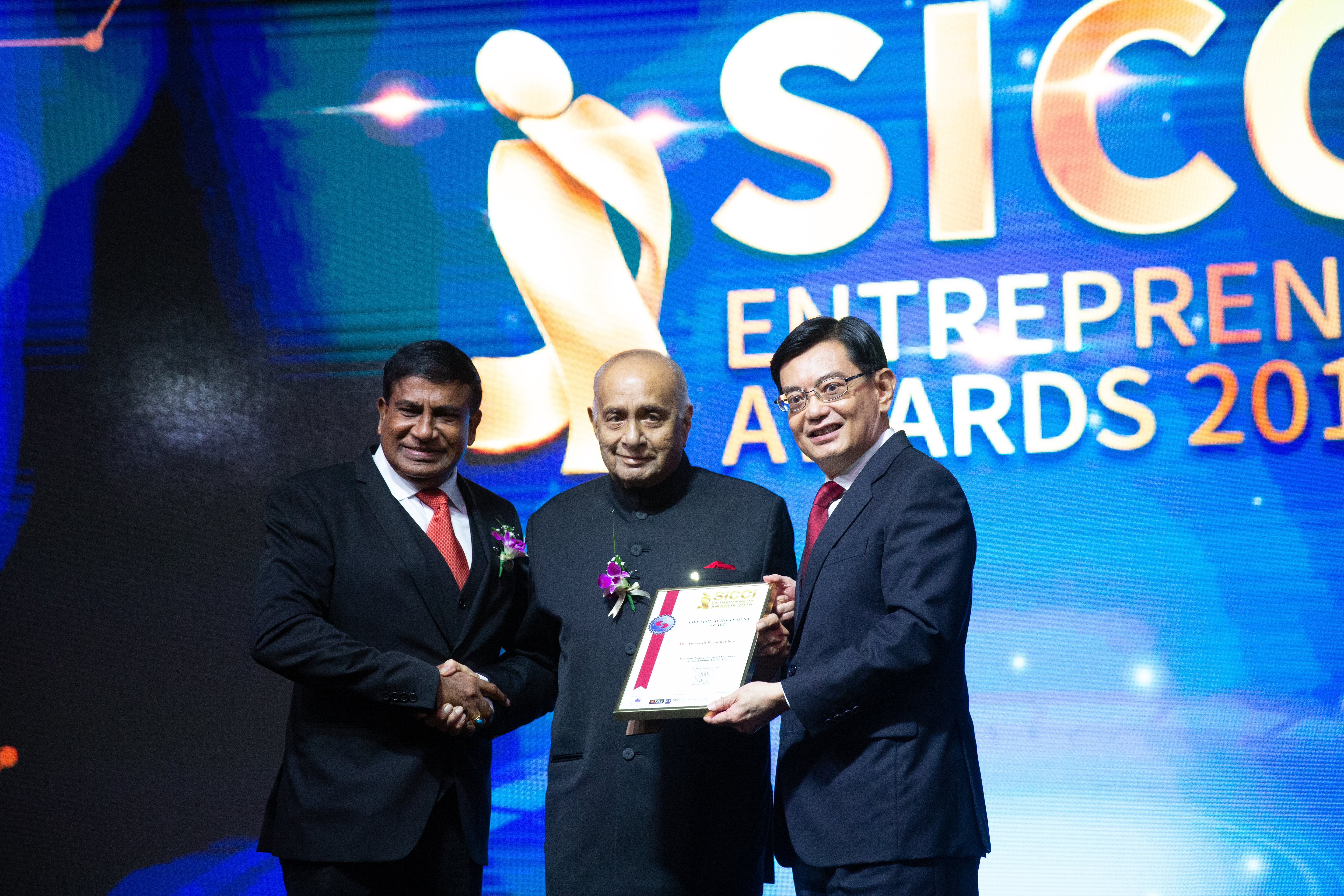 Actively involved in public organisations including Mendaki (Chairman of Mendaki Holdings), the Islamic Religious Council of Singapore (Muis), National Crime Prevention Council and the National Youth Achievement Award Council,  Jumabhoy was not only a titan of industry but also committed to public service.

Jumabhoy’s dedication to active citizenry was established in his time in India during World War II.

He was evacuated with his mother and younger brothers to India during the war after his father persuaded Mahatma Gandhi to send ships for the Indian community.

While Jumabhoy studied in India and graduated from St Xavier's College in Bombay (now Mumbai), with a degree in microbiology, he also became deeply involved in India’s struggle for independence from the British Empire.

“While in India, he participated in the ‘Quit India’ movement, and is considered a ‘freedom fighter’. He developed a deep and lifelong devotion to Mahatma Gandhi, and was arrested several times by the colonial authorities in the freedom struggle,” said his family in the statement.

In his most recent years, he served on the Sino-Singapore Friendship Association, the Global Organisation of Persons of Indian Origin and the Gandhi Memorial Foundation.

He was on the founding board of Singapore Polytechnic and the National Heritage Board, and also lead the re-building of Masjid Kassim in Changi Road.

Former Cabinet minister George Yeo whogot to know Mr Ameerali when he was part of a business delegation to India in early 1993 posted his eulogy on Facebook.

Farewell dear friend Ameerali Rajabali Jumabhoy who taught me much about India. RIP.

Jumabhoy was instrumental in securing the land on which the current Singapore Polo Club sits, when there was a possibility of acquisition.

He was the first Singaporean President of the Singapore Polo Club and served for 12 years, and was its patron until his death.

The Singapore Polo Club posted their condolences to his family and friends on Facebook.

The polo fraternity of the Singapore Polo Club is deeply saddened by the passing of our Club Patron, Mr Ameerali R...

Jumabhoy is survived by his four children, 11 grandchildren and one great-grandchild. His wife, Amina Jumabhoy, died of a heart attack at 68 in 1992.

He is scheduled to be buried at Choa Chu Kang Muslim cemetery on Tuesday.