In new news from the literary sector in the UK, Booker Prize-winning author Aravind Adiga's latest novel Selection Day has been shortlisted for an annual South Asian literary award worth USD25,000.

Our heartiest congratulations to @AravindAdiga for making it to the shortlist of The DSC Prize 2017 for his novel 'Selection Day'! pic.twitter.com/VMvnA82LI7

​Adiga, 42, will compete four other authors from India and Sri Lanka for the DSC Prize for South Asian Literature, which unveiled the shortlist for 2017 earlier this week, PTI reported.

The others in the running include Mumbai-born Anjali Joseph for The Living, Colombo-born Anuk Arudpragasam for The Story of a Brief Marriage, Texas-based Indian author Karan Mahajan for The Association of Small Bombs and Indian-American Stephen Alter's In the Jungles of the Night.

While Adiga's novel uses cricket as a metaphor for wider themes of success and failure, the other works traverse through a range of subjects covering the struggles of daily life, love in a war-torn world and the brutal impact of terrorism.

"After deliberating on the many exceptional qualities of the novels selected and considering the disparities in our backgrounds, the jury was unanimous in its decision on the five shortlisted titles.

"All five display a remarkable skill in animating current universal preoccupations in unconventional idioms and from a distinctively South Asian perspective," said writer Ritu Menon, chair of a five-member jury. 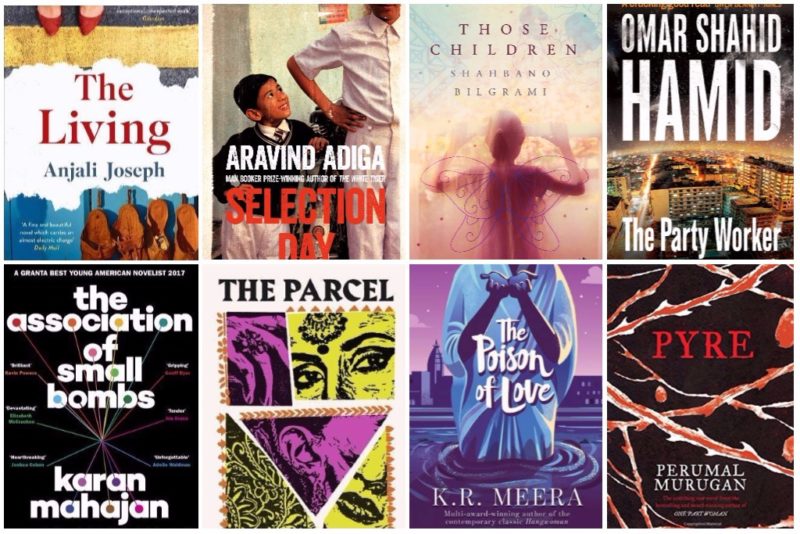 Some of the books on the DSC Prize longlist. Photo courtesy: Twitter/@thedscprize

The jury will now deliberate on the shortlist, with the winner of the prize announced at an awards ceremony at the Dhaka Literary Festival in Bangladesh on November 18.

"The depth, creativity and unique narrative of each novel is indeed both impressive and inspirational in turn," said Surina Narula, the co-founder of the prize, now in its seventh year.

The DSC Prize for South Asian Literature was instituted in 2010 and is open to authors of any ethnicity or nationality as long as the writing is about South Asia and its people.

It also encourages writing in regional languages and translations and the prize money is equally shared between the author and the translator in the event of a translation emerging victorious.