Two of the most talented actresses of Bollywood brought together the best of international fashion at the hugely popular Met Gala in New York. Much like last year, the grand event was attended by Priyanka Chopra and Deepika Padukone. 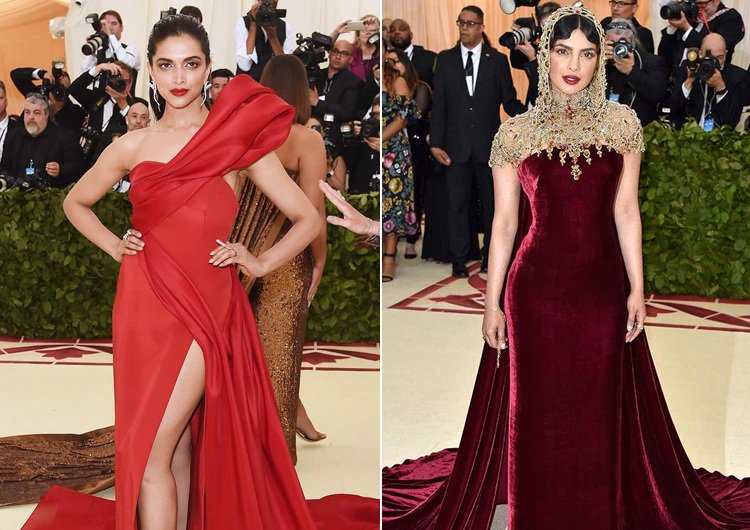 For Deepika Padukone and Priyanka Chopra, this was their second appearance at the Met Gala. Photo courtesy: Twitter@moviemagic

Priyanka, who made headlines last year when she stepped onto the red carpet at the Met in a trenchcoat dress, was dressed in a Ralph Lauren velvet dress with a jewelled hood.

For the two Bollywood celebrities, this was their second appearance at the Met Gala. They are both skipping the wedding ceremony of Sonam Kapoor and Anand Ahuja, which has turned out to be the biggest Bollywood party of the year.

Priyanka will also be attending the wedding of her close friend Meghan Markle to Britain’s Prince Harry later this month. The royal wedding is set to be held on May 19.

The Met Gala is attended by the who’s who of New York society and most of Hollywood celebrities are also seen at the event. This year, the high-profile event was attended by Rihanna, Katy Perry, George Clooney, Frances McDormand, Kate Moss, Chadwick Boseman and Greta Gerwig among many others.