Britain's Prince Charles has arrived in India on a two-day trip during which he will meet with President Ram Nath Kovind, discuss issues related to climate change and sustainable markets and visit a Gurdwara to mark the 550th birth anniversary of Guru Nanak. 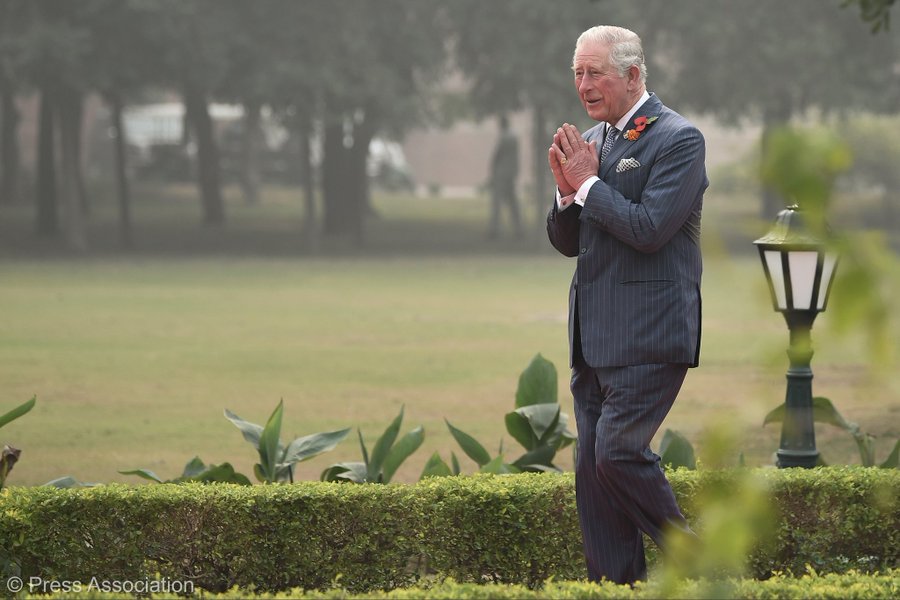 Prince Charles, who has arrived in New Delhi, had last visited India as part of a joint official tour with wife Camilla, Duchess of Cornwall, in November 2017. Photo courtesy: Twitter/@ClarenceHouse

The heir to the British throne will also celebrate his 71st birthday during his 10th official visit to India.

"His Royal Highness will witness how India makes use of innovation to respond to natural disasters and how its clean technology is helping deal with the challenges of climate change. He will celebrate our strong cultural links and experience the warm hospitality that diverse religious communities in India have to offer," said Sir Dominic Asquith, the British High Commissioner to India.

In the National Weather Forecasting Centre, The Prince of Wales hears about the new cyclone forecasting system.

Satellite pictures are used to help track and forecast cyclones, as well as other potential disasters.#RoyalVisitIndia pic.twitter.com/LVPuddb3oH

HRH The Prince of Wales presented the #PointsofLightAward to Jolly Johnson.

She is the founder of Helping Hands Organisation which inspires over 12,000 volunteers to aid the differently-abled children across Kerala.#RoyalVisitIndia pic.twitter.com/jlcruA7IAC

Prince Charles participated in a discussion on how to strengthen disaster resilience and tackle the effects of climate change at the Indian Meteorological Department. He will also attend a military service to commemorate the sacrifices of soldiers from India, the UK and across the Commonwealth in both world wars.

He is also scheduled to attend a discussion with influential Indian business leaders to seek their advice and input on sustainable markets.

Prince Charles had last visited India as part of a joint official tour with wife Camilla, Duchess of Cornwall, in November 2017.