An Indian diplomat once told me that ‘our countrymen’ are way more divided out of India than they are within the country. Strong words. However, evidence suggests that it might be true. In an island nation of 5.5 million, approximately half of Delhi’s size, there is a Bengali association, a Gujarati association, a Malayalee association and so on.

Singapore Indian Association (SIA), which has been around for over 93 years, rallies to connect people. “SIA is a place where the recently located (Indians) can mingle with the well settled, NRIs can interact with the diaspora. We actively participate in activities and events of other regional Indian associations and provide our grounds for sports like cricket, football, hockey and our facilities to bring people together.” said K Kesavapany, President, Singapore Indian Association. 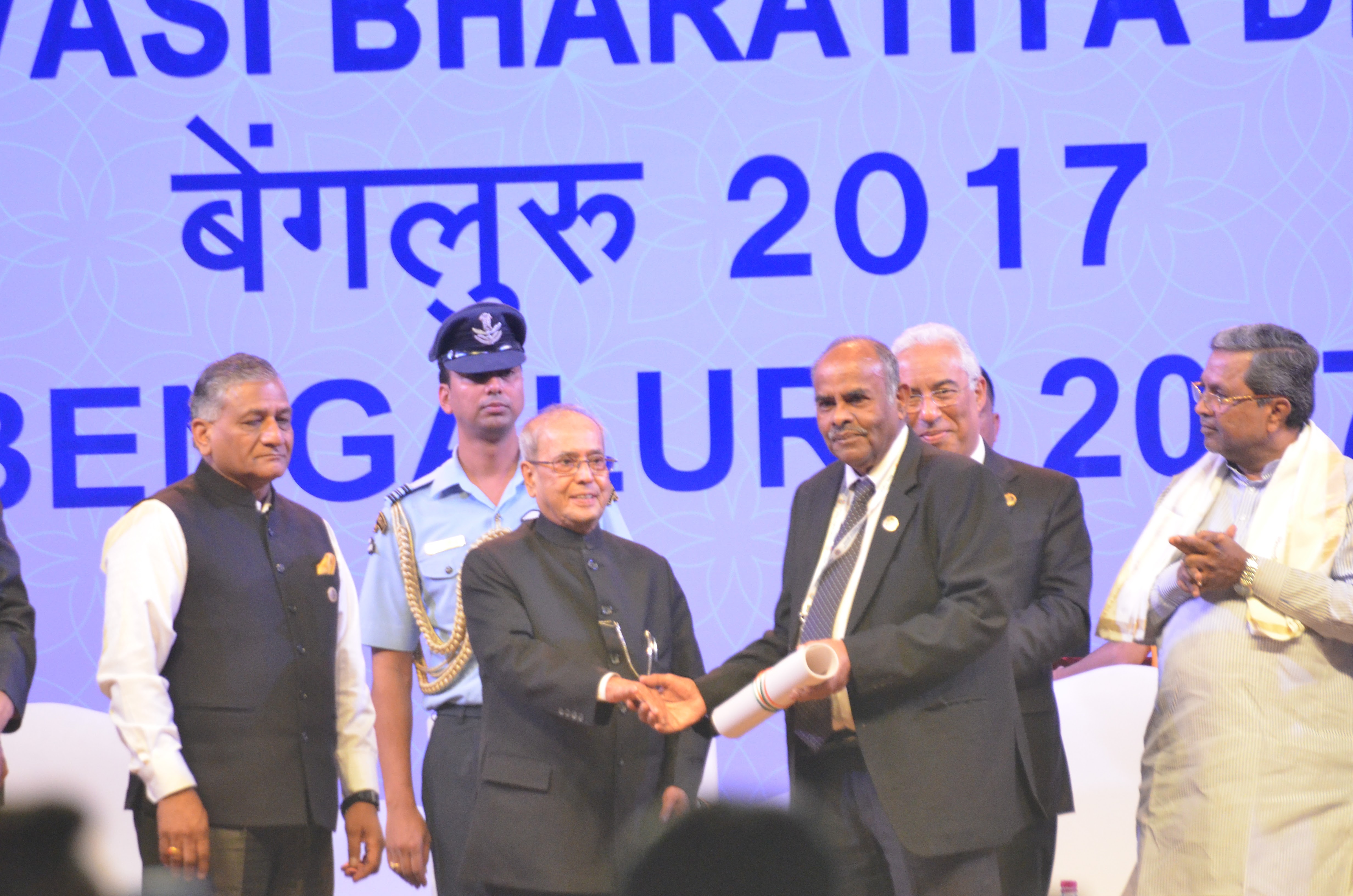 An elated Kesavapany on receiving the award said, “Getting this award means a lot to us. It is a recognition that SIA is the nodal point for the intra-Singapore and inter-Singapore connectivity with the diaspora. Being at the Pravasi Bharatiya Divas and having collected the award from the President in presence of two members of the diaspora the Portuguese PM Antonio D’costa and the Vice President of Suriname, both having achieved such high offices showed how the diaspora is doing so well through their hard work and tenacity.” 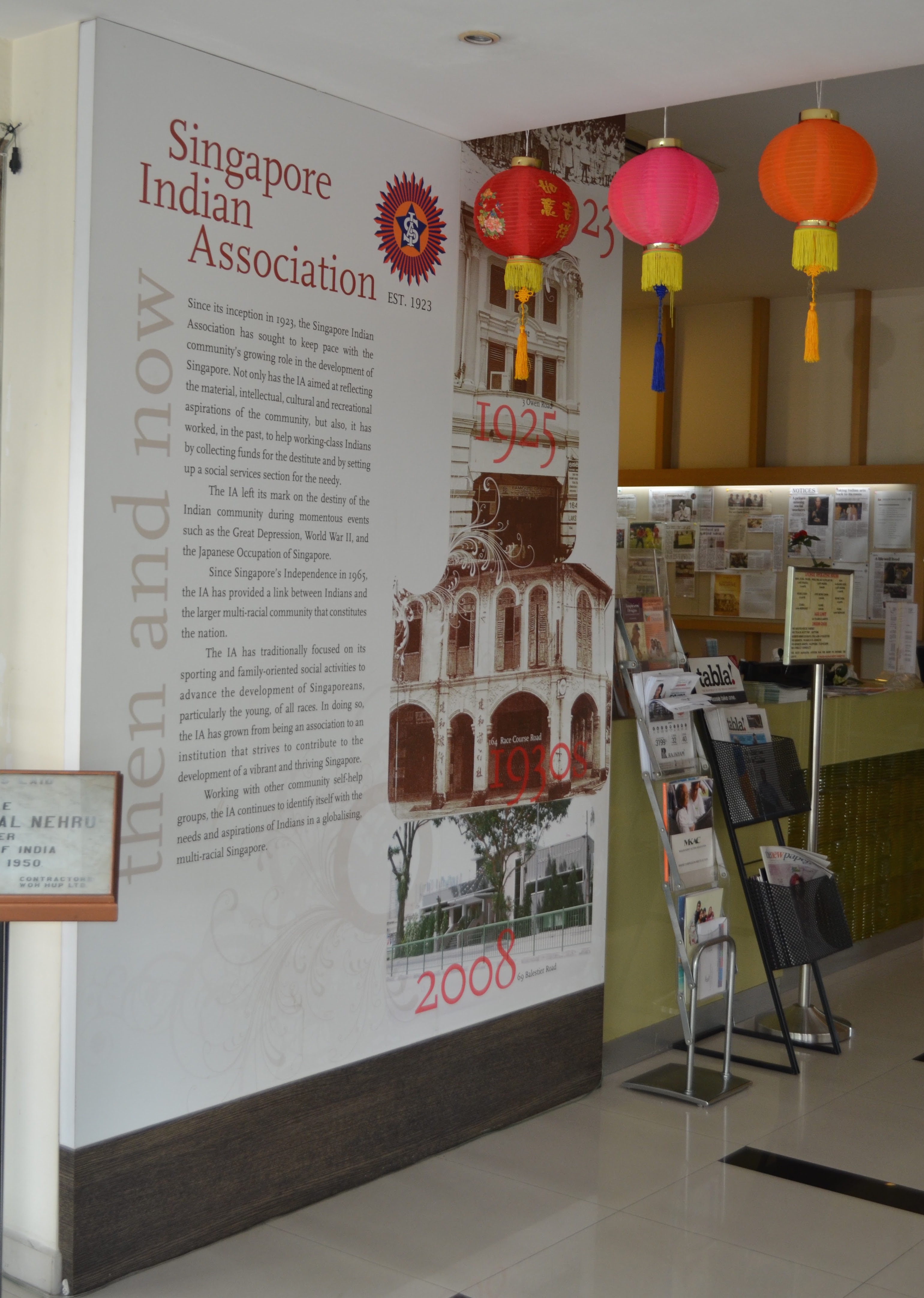 Established in the year 1923 at its current location on Balestier road, the association used to help Indian workers who were left stranded after the completion of their work contract. SIA literally doled out cash to them and made arrangements for them to return to India.

Emotions of helping fellow countrymen ran high then and it continues with the same fervour now. Just the mandate has evolved keeping with the changing times. “I assumed the position of SIA’s President eight years back. After taking over, along with my group of members, we reviewed our offering to the community, our stakeholders. After a series of discussions, we felt a need to review and readjust and brought changes in order to serve the community even better.” said Kesavapany.

One of the areas in which SIA was active was giving scholarships and bursaries. An area where the support started coming in from other organisations as well including temples. SIA expanded its scope to supporting individual cases requiring immediate monetary support.

“I am very proud of Singapore's phenomenal health benefit structure. It is very 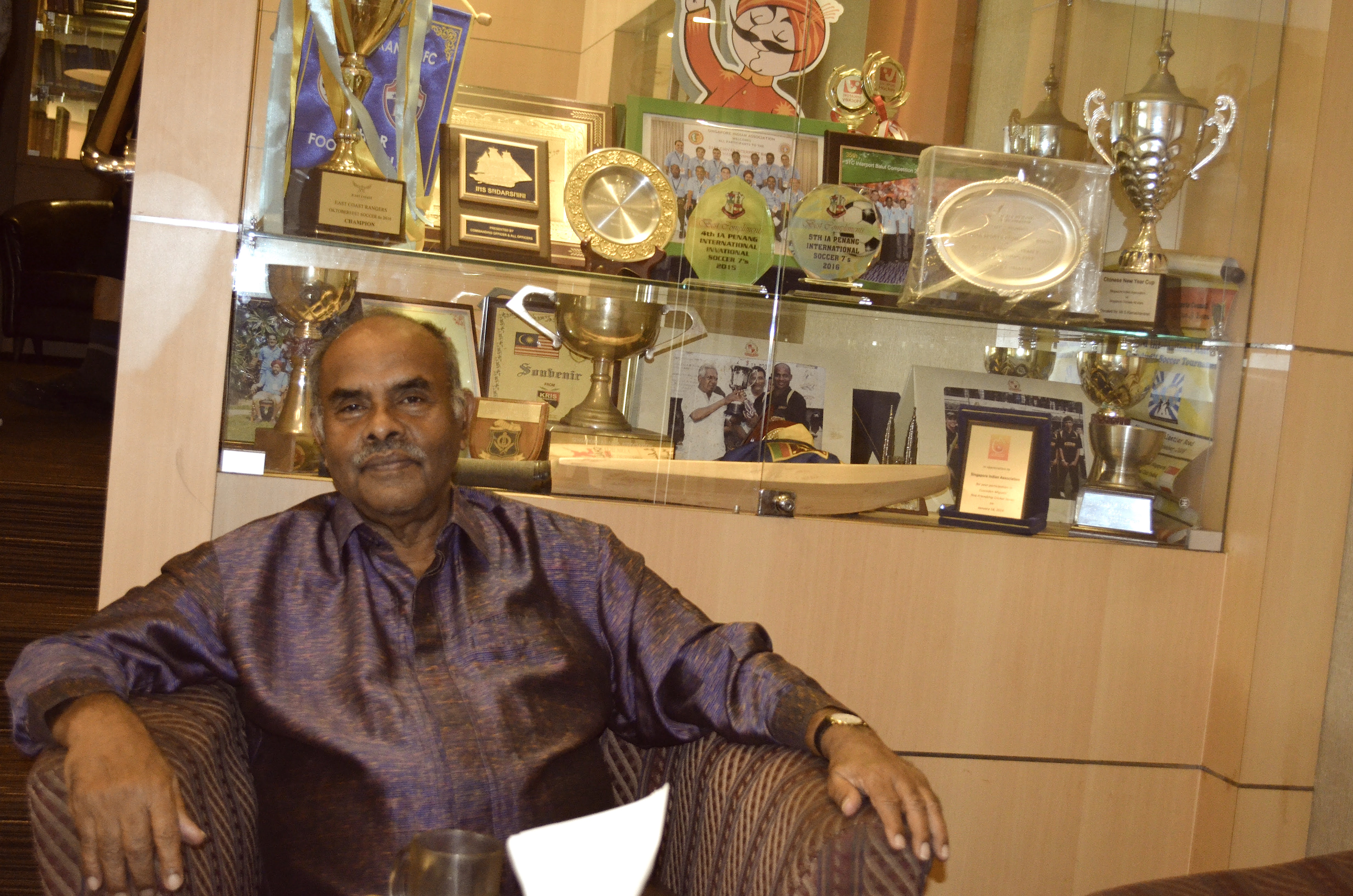 robust. However, there are times when certain individuals just can’t wait for the help to arrive and must be given help pronto. Like in case of a three-year-old child who needed a liver transplant. The child’s family was running short of about 10K SGDs. A life was at stake and we came forward to help.” added Kesavapany.

Local and Indian dignitaries have since long considered SIA as the apex Indian association of Singapore. Among the local illustrious personalities who have visited the Association include Singapore's founding Prime Minister Lee Kuan Yew, former Presidents Devan Nair and SR Nathan.

The club has had many high-profile visitors from India as well, including Pandit Jawaharlal Nehru who laid the foundation of SIA on June 17, 1950. He visited the club on two more occasions. On one occasion, a young Indira Gandhi accompanied him. The other illustrious personalities who have visited the club include Gurudev Rabindranath Tagore and the late former President of India APJ Kalam Azad more recently. 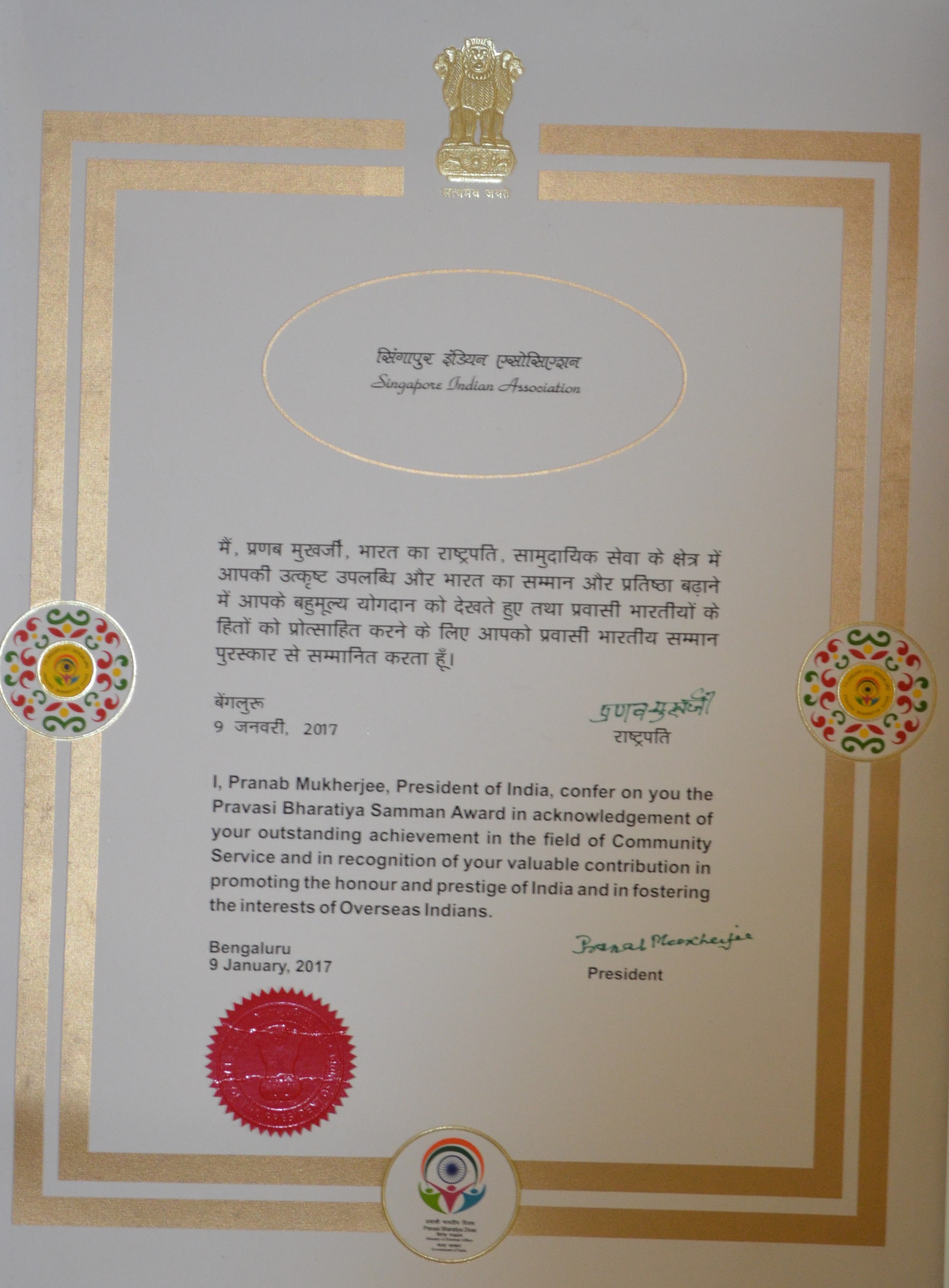 Pravasi Bharatiya Samman Award (PBSA) is awarded to recognise the significant contribution in supporting India’s causes, building closer links between India and the country of residence. The award is also given to individuals who have done philanthropic and charitable work; achieved eminence in one's field or outstanding work, which has enhanced India's prestige in the country of residence.

“We were told about getting nominated by the new High Commissioner to Singapore Jawed Ashraf. We were very happy to accept the nomination and in a few days, our association’s name was announced.” added Kesavapany.

Talking about his experience at PBD, K Kesavapany said, “What struck me was the event got together people from 76 countries across the globe, representing a group of 30 million people. More than the size of many countries making Pravasis appear like a country in themselves. Clearly a lot of thought was given into developing every single aspect of the event including choosing the chief guests. I saw much greater focus and  specific actions.”

K Kesavapany, an experienced diplomat, relocated to Singapore in 1967 from Malaysia. Started his public services career in the Ministry of Labour. He then went on to join the Ministry of Foreign Affairs. In 1972 he started getting posted across the world; initially as a Deputy to Jakarta, Moscow and London and then as the Ambassador and High Commissioner to Geneva six years and to KL for six years respectively. His last assignment as a foreign affairs senior officer was a non-resident Ambassador to Jordan for nine years. While serving as the Ambassador for Jordan he was running the Institute of Southeast Asian studies simultaneously.

Just turned 80, Kesavapany shows no signs of slowing down. Soon he will assume the posts of President of the Rotary Club of Singapore and the President of the Inter-Religious Organisation(IRO). A meaningful contribution to society indeed by a child of the Indian Diaspora.