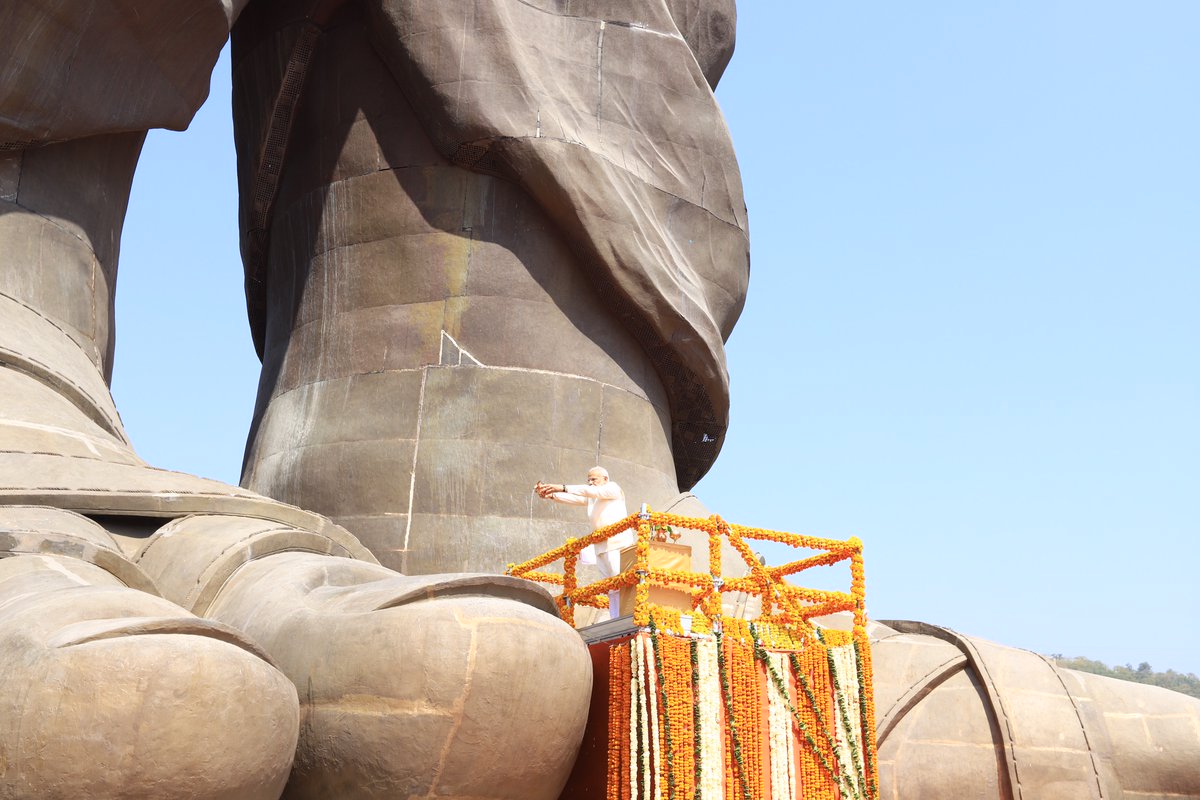 The Statue of Unity, that is twice the height of the Statue of Liberty in New York, not only is a tribute to the role Patel played in unifying some 562 princely states into one India after Independence, but also casts a long shadow on the legacy of the Gandhis and Nehrus who ruled the country since then and have almost named everything after them in the country.

A tribute to the great Sardar Patel! Dedicating the ‘Statue of Unity’ to the nation. Here’s my speech. https://t.co/OEDjhW1MrT

The ruling dynasties of former PMs Indira Gandhi and Jawaharlal Nehru have been often criticised for projecting their own and sidelining other heroes of the Independence struggle. Earlier this month, Modi hoisted the Tricolour at historic Red Fort to commemorate Azad Hind Fauz or the Indian National Army of freedom fighter Subhas Chandra Bose, another Independence hero said to be marginalised by the Congress leaders. 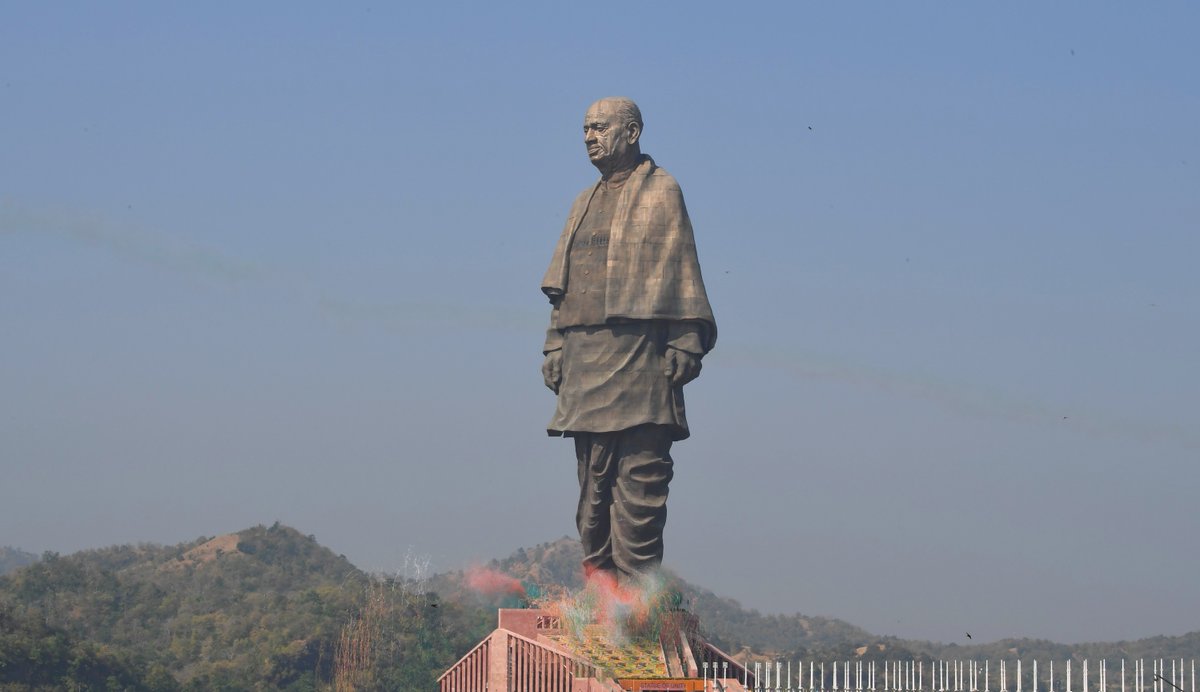 "Sardar Patel was made the home minister of India at the most crucial time in the history of the nation. His efforts to bring together the princely states to unite the country are of utmost importance to the country. But for Sardar Patel's vision, a train from Kashmir to Kanyakumari would not have been possible," Prime Minister Modi said.

The inaugural saw showering of petals by air force choppers, a flypast by fighter jets and Modi pulling the lever for virtual abhishek (anointment) in vermillion of the statue after performing a prayer at the feet of Statue of Unity. 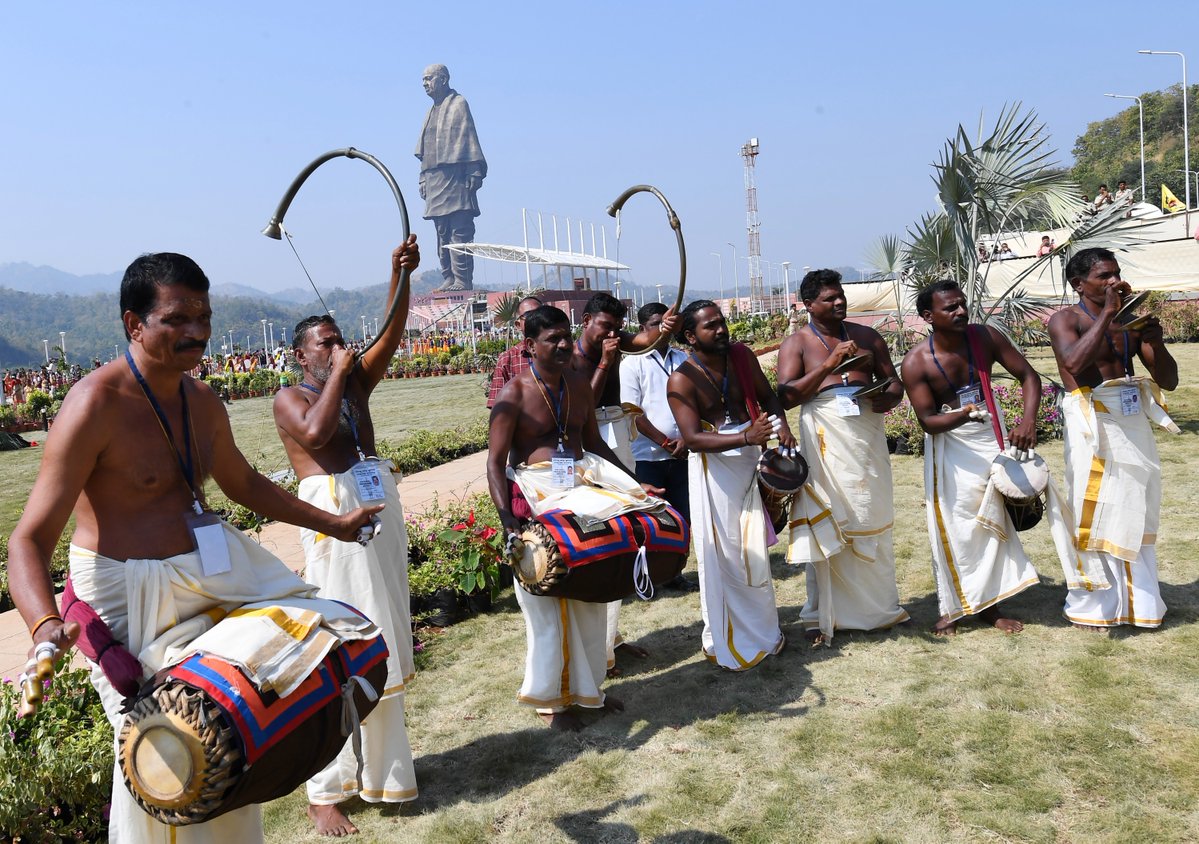 Prime Minister also inaugurated the Wall of Unity and then visited the Museum and Exhibition, and the Viewers’ Gallery. This gallery, at 153 metres height, can accommodate up to 200 visitors at one time. It offers a spectacular view of the Sardar Sarovar Dam, its reservoir, and the Satpura and Vindhya mountain ranges.

The mammoth edifice made of iron and material brought from the nooks and corners by the people, mostly farmers, is also a bid by PM Modi to send a message of engineering might of India to the world, and its ambition to play the role of Vishwaguru, the world leader.