PM Modi to address diaspora in London on April 18

'Bharat Ki Baat, Sabke Saath' will be an invitation-only event in London on April 18 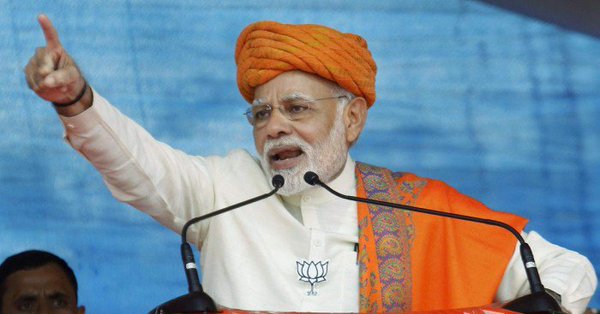 Before arriving in London on April 17, Modi is scheduled to address a community event in Stockholm, Sweden. Photo courtesy: Twitter@NH_India

During his visit to the UK for the Commonwealth Heads of Government Meeting, Indian Prime Minister Narendra Modi will address scaled-down invitees. About 1500 invitees will be selected by lottery after they register on a website created for the event.

PM Modi will have bilateral meetings with Prime Minister Theresa May and with several Commonwealth heads of government.

Unlike the November 2015 community event at Wembley Stadium, this event is billed as a “niche event”. It is being projected as a “live interactive conversation” with Modi that will be telecast live.

Besides the September 2014 community event at Madison Square Garden in New York, Modi’s address at the Wembley stadium is considered one of his most successful outreaches to the large Indian diaspora.

Before arriving in London on April 17, Modi is scheduled to address a community event in Stockholm, Sweden, where he will be on a day-long official visit.

One of the instruments Modi is scheduled to sign during the visit is a memorandum of understanding with the UK on the return of Indian citizens who do not have the right to remain in the country. This has often been flagged by May as a major issue.